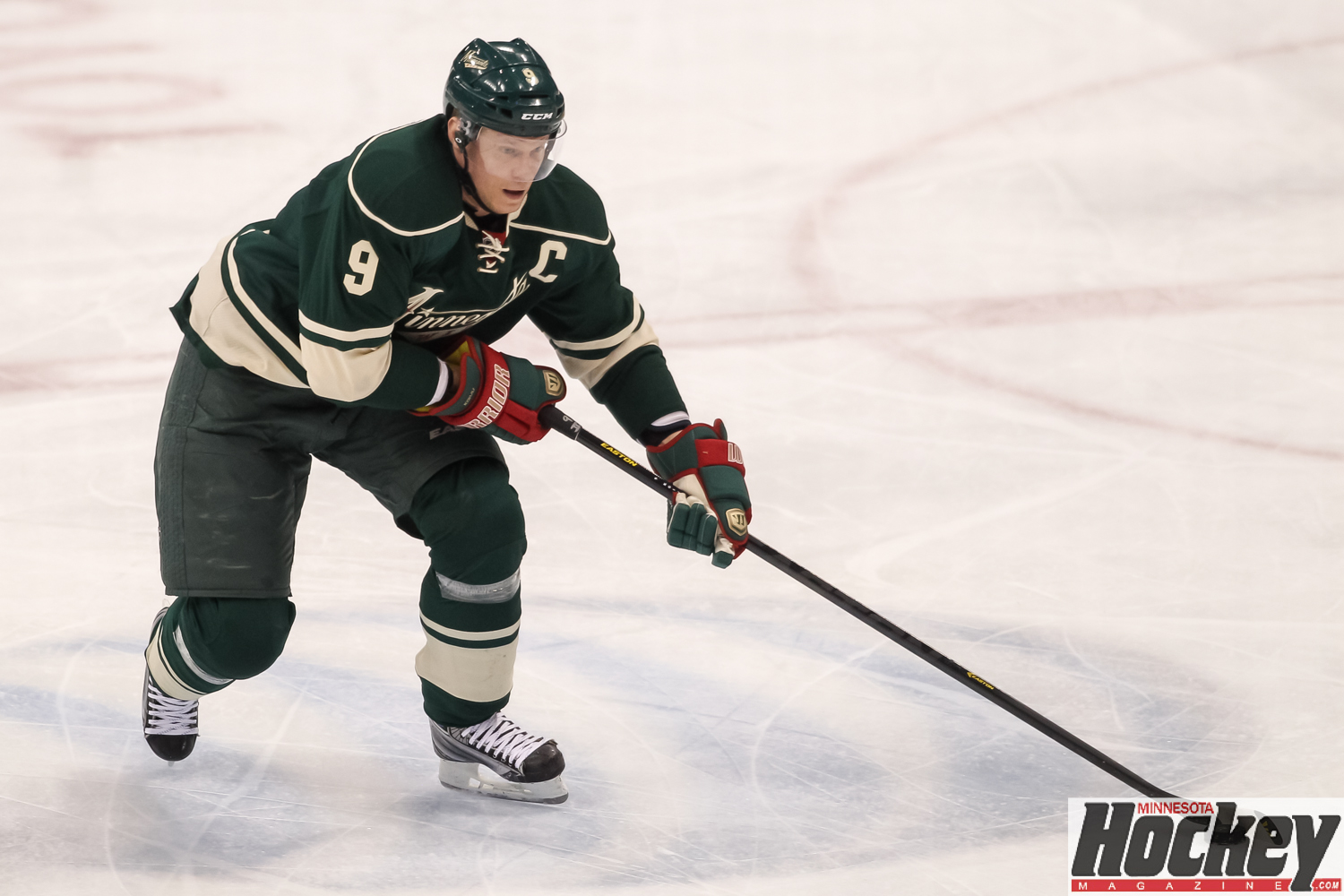 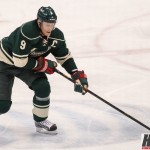 On a night where Minnesota returned home for the only time in a 21 day stretch to face an old division foe, the Wild took a bit of the road back with them to the Xcel Energy Center.

Charlie Coyle scored the game tying goal with 11:13 remaining in regulation Tuesday and Jason Pominville was the only player to beat either goalie in a shootout for a 3-2 shootout win over the Vancouver Canucks. It was second consecutive game Minnesota came back to tie and win the extra point. Three days earlier the Wild did the same at against Colorado.

Despite the comeback, head coach Mike Yeo thought it took a bit for his team to adjust against the Canucks.

“I thought in the first couple periods we had a little residue from the road. We looked a little bit flat at times, didn’t have the same jump at times, but our guys dig deep and two games in a row where we’re down after two periods to come back and get a win,” Minnesota’s head coach said. “It says a lot about our group.”

Still, Tuesday’s game saw a solid performance from Wild captain Mikko Koivu. The Canucks got on the board first when Jannik Hansen took advantage of a three-on-two break and one-timed a Daniel Sedin pass past Josh Harding 8:46 into the game, but Zach Parise tied it three minutes later when Koivu found him on the backdoor for a power play goal.

He also set up Coyle on the team’s second goal for his 20th assist of the season.

“It was a great play,” said Charlie Coyle, who once again is thriving offensively while playing on Minnesota’s top line alongside Koivu and Parise.

Vancouver, playing Minnesota for the first time since the two teams, whose rivalry was heated during the Wild’s early years, left the Northwest Division last season, entered the game on a seven game winning streak. It didn’t feel like the rivalry picked up outside of the shootout, where the sellout crowd of 18,531 just wanted to see a hard-fought win. Instead the Canucks looked like a team playing hot hockey for most of the first two periods.

Roberto Luongo normally struggles at the Xcel Energy Center yet made 30 saves for Vancouver. Maybe it was the end of being division foes, but he appeared to be getting the monkey off his back

If it wasn’t for Josh Harding and Minnesota continuing to find something deep in the third period, that is.

“Hards made some big saves and it really brings a lot of life to the bench,” Jason Pominville said of his goalie making 29 saves. “We feed off that, off the energy that he brings.”

The Wild out-shot Vancouver 11-5 in the third period while both Mikko Koivu and Marco Scandella had scoring chances in the extra session. It felt as if the longer the game went on, the more chances Minnesota was able to generate.

“We started shooting more for sure,” Yeo said. “It’s something we talked about in the morning before the game and didn’t seem to fully grasp it until intermission. We have to be like that. I think it helped to create a lot more for us. “

By the time the shootout came, where Koivu and Mike Santorelli both hit the crossbar before Pominville beat Luongo on a shot he decided on at the last minute, the transformation was complete. Minnesota is a league-best 14-3-2 at home and for one night, got the chance to, like the win at Colorado, build upon it.

Now comes the hard part. The Wild leaves for four games on the road beginning Thursday in Pittsburgh. While the play has improved, the wins haven’t. Minnesota went 1-2-0 in the previous three game road trip with only the comeback victory against the Avalanche. Maybe keeping Parise, Koivu and Coyle together with Pominville spending time on the second line is a recipe for more success.

Regardless, for one night Minnesota was able to treat what could be another road game as a possible spark for the real thing.

“It’s nice to get back here for sure,” Pominville said. “We’ve had success at home throughout the season, so anytime we come here we feel confident to win a game and tonight was a good example of it. We were down and stuck with it and found a way, but obviously we’re going to have to sharpen up on the road and try to improve our road record.”