Kahkonen gets down to business 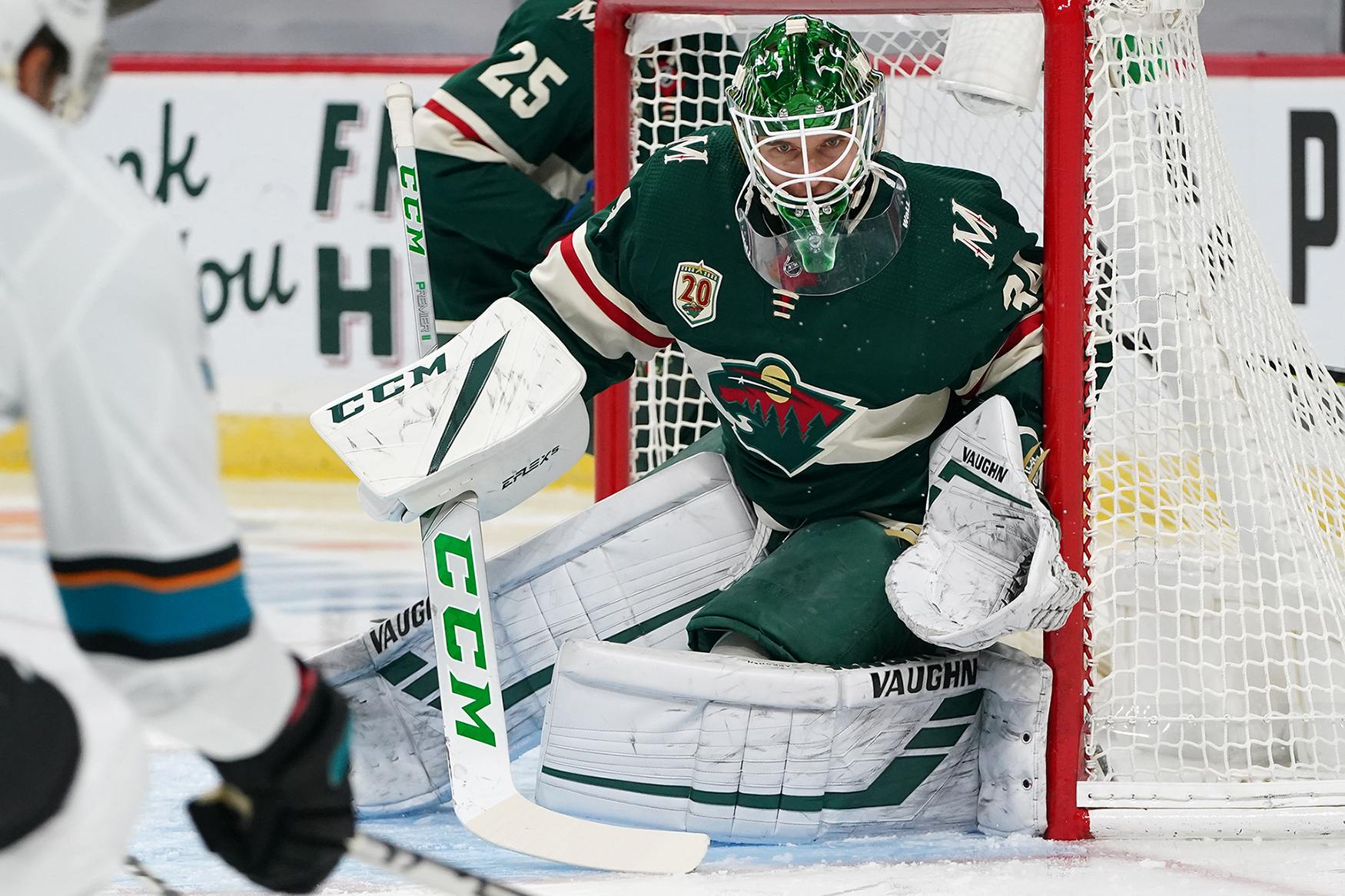 Two goaltenders took to the ice this week in St. Paul. One is a three-time Stanley Cup champion with more than 800 NHL games under his belt. The other is a 24-year-old rookie who already looks like an NHL veteran.

It was the veteran for the Vegas Golden Knights, Marc-Andre Fleury, who was pulled from his net with more than 11 minutes remaining in regulation after surrendering four goals on 29 shots against the Minnesota Wild on Wednesday at Xcel Energy Center.

At the other end of the ice stood Finland native Kaapo Kahkonen looking calm, cool and collected for much of the game. He wasn’t significantly tested until late in regulation, when Vegas made a push and turned a 4-1 deficit into what ended up being a 4-3 Wild victory.

No matter how they got there, Kahkonen made 24 saves and his winning streak reached an impressive eight games.

“I think it was still a fun game to play,” Kahkonen said. “Just a tight game. We got the lead there in the third, but they pushed back hard.

“It’s just a grind sometimes. You’ve got to find a way to win different ways.”

By the numbers, things keep getting better for Kahkonen. He’s 11-4-0 this season with a 2.19 GAA and .922 save percentage. His eight-game winning streak continues the franchise record for rookie goaltenders; it’s also the longest streak by any NHL goalie this season, rookie or not. He leads all NHL goalies in wins since Feb. 18.

Kahkonen’s eight-game streak is tied with 11 other players in NHL history. Six others won nine games in a row, the last being Jordan Binnington (St. Louis) in 2018-19. Ross Brooks holds the record with a 12-game streak for Boston back in 1973-74.

With his calm demeanor in the postgame, Kahkonen was a man of few words when it came to his winning streak.

“Right now, it’s tough what to think about that stretch other than it’s been fun.”

Despite playing well last week in Vegas, the Wild dropped both games in that mini-series, with Cam Talbot in net both games.

The argument could be made that Kahkonen had earned his shot for a start in Vegas, especially after his strong start to the season. To prove the point, he picked up his first career NHL shutout in the return to St. Paul, a 2-0 Wild victory over Vegas in which Kahkonen came up with 26 saves.

According to NHL notes, only 7 other rookies have earned multiple victories in head-to-head starts against Fleury during one regular-season campaign. Before Wednesday, it hadn’t been done since 2011-12.

Wednesday, the Wild’s Joel Eriksson Ek scored 19 seconds into the game before Vegas answered back 1 minute 42 seconds in on Dylan Coghlan’s first goal from the slot through lots of traffic in front of Kahkonen.

Throughout the rest of the game, Kahkonen made some point-blank saves and kept a very good Vegas team off the board. It was a similar story Monday in his shutout, which was mostly a 1-0 game.

“He was outstanding,” said coach Dean Evason after Monday’s game. “It was such a grinding game tonight. But he was just very calm, very solid. Obviously very good.”

In the saga of Wild goaltenders, the story the past few years was Devan Dubnyk, who came in as a bit of a savior for the second half of the 2014-15 season. It’s Dubnyk that holds the Wild record for the longest winning streak by a goaltender, when he achieved a 10-game streak in December 2016.

When Wild general manager Bill Guerin signed Cam Talbot in the offseason, an on-paper scenario would have been to have Talbot be looked at as the top goaltender, or at least split time with Stalock. But COVID-19 had other ideas. Stalock was out from the start of the delayed season, which meant Kahkonen made the roster out of training camp.

Jump ahead to March, and a lot has changed. The Wild had a COVID-19 outbreak and were shutdown for a couple of weeks, Talbot missed time being on the protocol list, Stalock was picked up off waivers by Edmonton and Kahkonen quietly jumped into a No. 1 role in the net.

His game from the AHL in Iowa is certainly transferring over to NHL play.

“He’s a gamer,” said Wild defenseman Carson Soucy. “We saw it in Iowa all the time. We had a good team that last year when we made the playoffs, and he was a big reason. Both of our goalies. We saw just game in, game out, he’s a gamer. He’s going to compete. He’s going to make those big saves and those timely saves.

Evason sees a type of player in Kahkonen that simply cares about getting into the net and competing.

“He just goes about his business,” Evason said. “I don’t think if he was guaranteed a spot it would be any different than if he came in and won a spot.”

There’s no question that the long-awaited arrival of Kirill Kaprizov has captured the attention of Minnesota hockey fans this season. The rookie is making his case for the Calder Memorial Trophy with his highlight-reel style of play as a superstar that this fan base has longed for since the start of the franchise 20 years ago.

But Kahkonen has his own merits as a rookie and is giving Kaprizov a run for his money in the attention department. Right now, the Wild finds itself with two outstanding rookies.