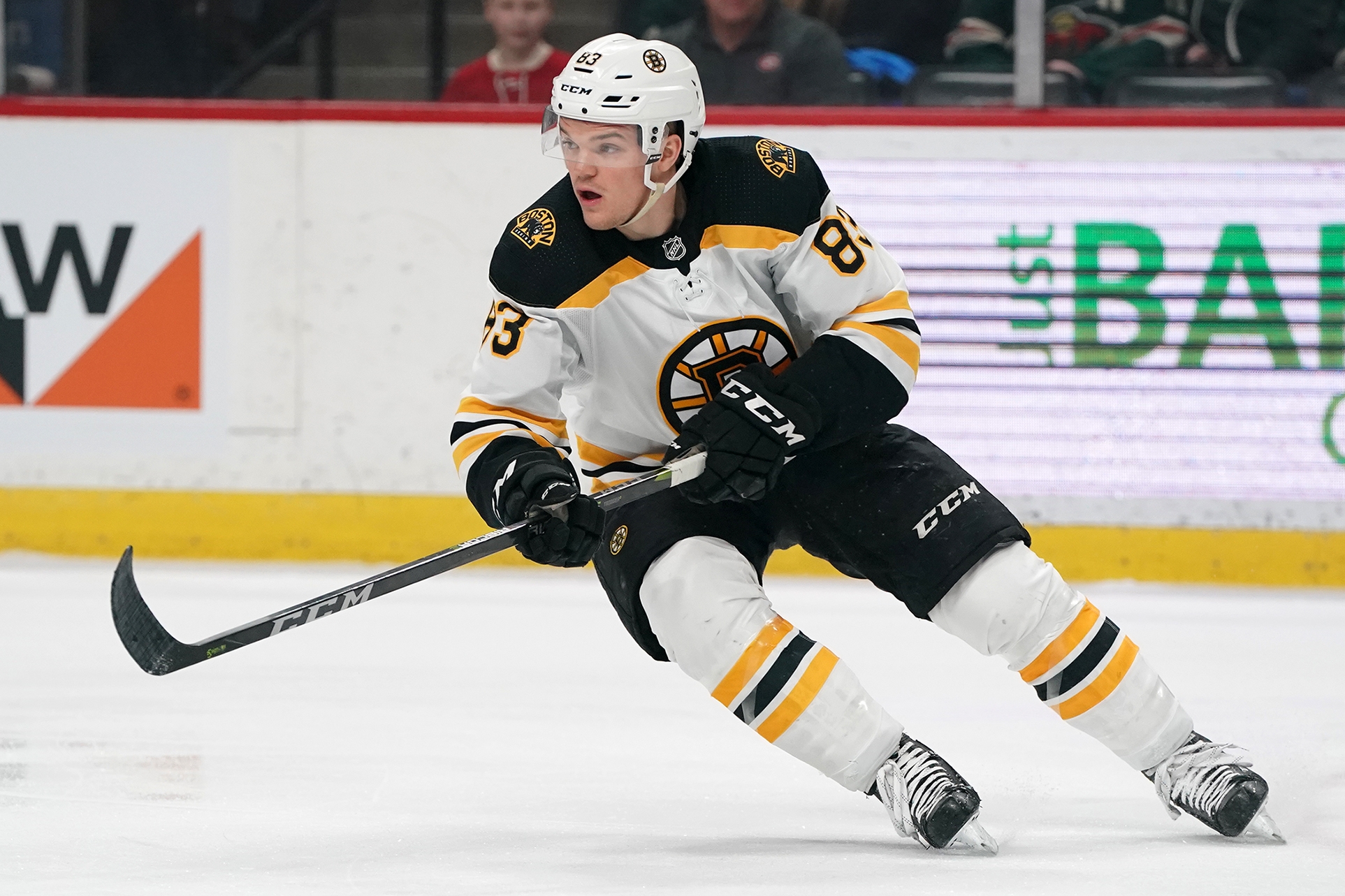 St. Paul — With all eyes on Charlie Coyle’s first-ever road game at Xcel Energy Center for the Boston Bruins and Minnesota rookie Nico Sturm’s NHL debut, lost in all the hoopla was the return of a player who has experienced more success in the Wild’s home building than the two of them combined.

Esko, Minn. native and former Cloquet/Esko/Carlton High School star Karson Kuhlman skated for the Bruins on Xcel Energy Center ice for the first time since April 7 of last year in Boston’s 3-0 win over Minnesota in the Wild’s 2018-19 home schedule finale.

“A little different, obviously, but very exciting,” Kuhlman said when asked to compare his two most recent games in St. Paul. “To be in this situation, playing down the stretch here for such a great organization is pretty special.” 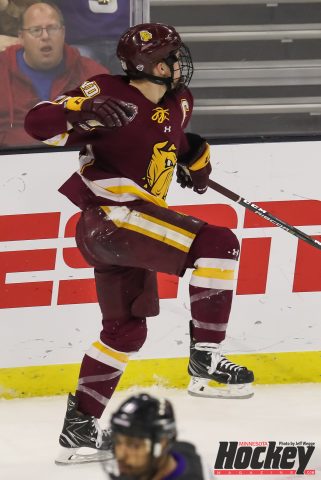 The 23-year-old Kuhlman played his first NHL game in his home state nearly a year to the day after he factored into both goals in Minnesota Duluth’s 2-1 win over Notre Dame to lift the Bulldogs to the 2018 Frozen Four title. Kuhlman, the team captain, scored the game’s first goal that night and later set up Jared Thomas’ game winner to give UMD its second national championship.

The performance earned Kuhlman the Frozen Four’s Most Outstanding Player honor, a distinction he shares with former Bulldog J.T. Brown who suited up for the Wild on Thursday night. Kuhlman said he has been keeping tabs on the Bulldogs who are making a third straight appearance in the Frozen Four next week.

“I’ve got a lot of a lot of good friends on that team, we had a lot of good memories and, obviously, won a championship together too,” Kuhlman said. “They’re poised to make a nice little run here in Buffalo next weekend.”

The undrafted Kuhlman, who finished with 38 goals and 40 assists in 165 career college games including 20 points (13-7–20) as a senior, helped lead a team featuring eight freshmen and five sophomores in the lineup to a national title.

“If I could have 25 guys like Karson, my job would be a lot easier,” Minnesota Duluth coach Scott Sandelin said after the championship game. “I can’t say enough about Karson. He’s a great kid, great captain for us.”

Kuhlman, who signed an ATO with Boston’s American Hockey League (AHL) affiliate, the Providence Bruins, as a free agent just three days after his collegiate career ended, made his NHL debut for the Bruins on Feb. 16 in a 4-2 road win over the Los Angeles Kings. Two nights later, Kuhlman scored his first NHL goal in a 6-5 OT win over the Sharks in San Jose.

Currently in his fourth stint with the Bruins this season, Kuhlman has five points (3-2–5) in nine career games. He has spent most of his first pro season playing for Providence where he is a team-high plus-23 while recording 12 goals among his 30 points.

“I’ve just been taking it day by day and really focusing on getting better, working on my game and just kind of watching all these guys who have done it for so long and taking little little notes from them,” Kuhlman said. “As a group, our leadership, of course, is unbelievable, second to none really.

“So they’ve just made me feel so comfortable and then that comfort kind of translates into confidence every day so it’s a pretty special group.” 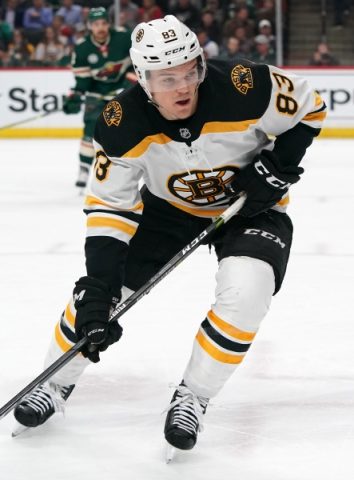 The Bruins were coming off of a 6-2 win over Columbus on Tuesday which saw Kuhlman pick up his first career multi-point game with a goal and an assist earning him the game’s third star for his efforts. With Thursday’s win over Minnesota, the Bruins are now 6-2-1 with him in the lineup, primarily playing right wing on Boston’s second line centered by David Krejci with Jake DeBrusk on the left side.

“We’ve been looking for a winger on that right side and it’s been kind of a revolving door,” DeBrusk said. “Against Columbus he was, I think, the best player on our line and when he plays like that, he’s fun to play with.

“He grinds, he works really hard and brings energy and I feel like anytime you kind of have those intangibles, when you put them with some skill with Krec, I think that he can get some good looks.”

Kuhlman praised his linemates for making the game simple for him in his career’s early stages.

“I just try to go out there and work as hard as I can and get them the puck and, obviously, good things have happened here as of late,” Kuhlman said.

Saturday’s season finale in Boston against Stanley Cup favorite Tampa Bay will likely be NHL game No. 10 for Kuhlman who admits his brief tenure in the world’s best league has taught him a lot about what he needs to do differently this offseason.

“I think I think that’s one thing I really, really kind of hang my hat on is how in shape I come into camp every year so I work hard in the summers and take a lot of pride in that,”Kuhlman said. “This little end of the season here is as a good view of what I’ve got to work on and what I’ve got to get better at.”