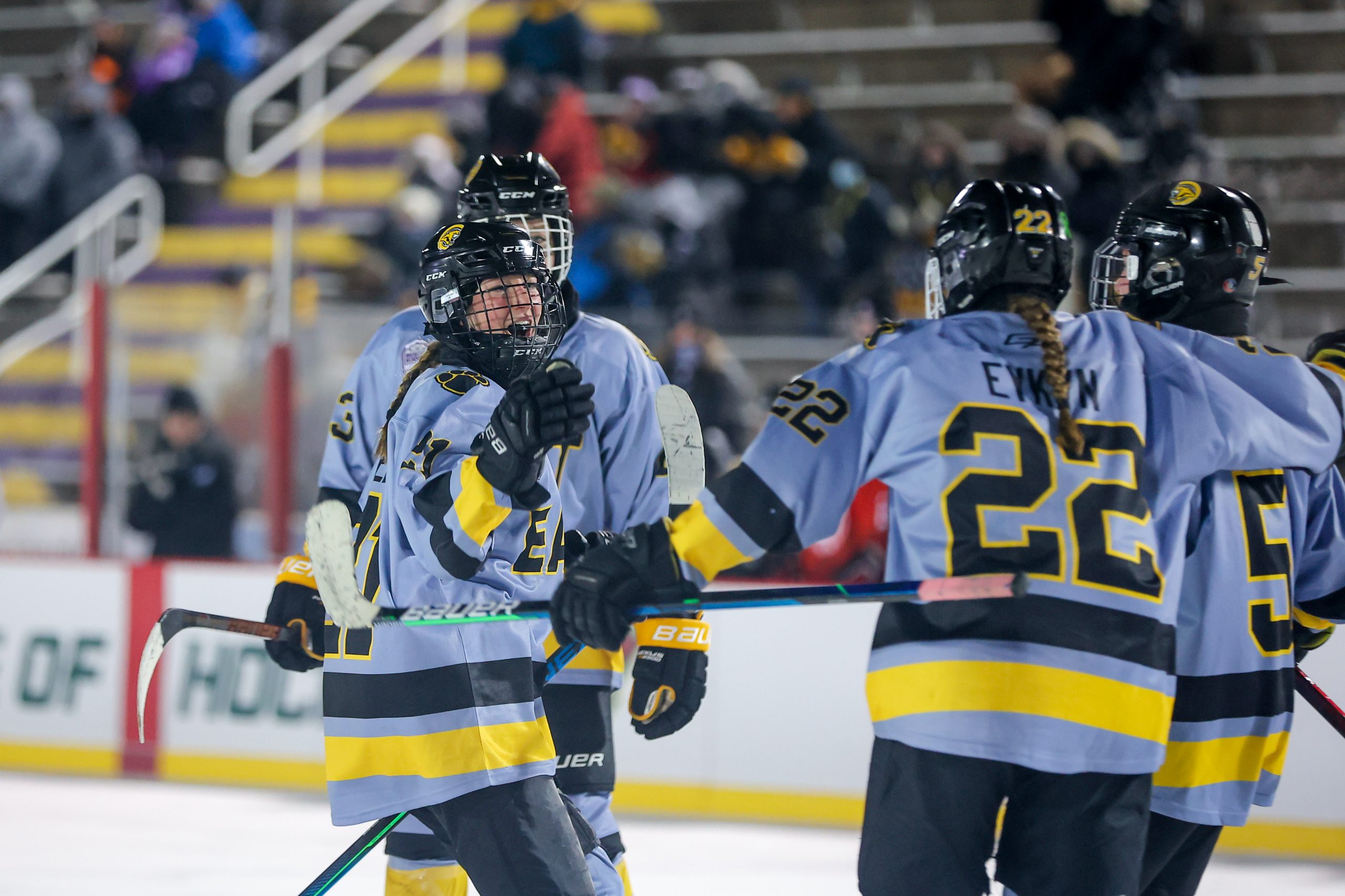 Mankato East's McKenzie Keller (21) celebrates one of her three goals with Jess Eykyn (22), Ava Tibodeau (5) and another teammate on their way to a 5-0 win over Mankato West on Jan. 19, 2022 at Blakeslee Stadium in Mankato, Minn. (David Faulkner / SPX Sports)

McKenzie Keller notched a hat trick and Ava Tibodeau extended her goal-scoring streak to five straight games as Mankato East rolled to a 5-0 win over crosstown rival Mankato West at Blakeslee Stadium on the campus of Minnesota University, Mankato on Wednesday night. The game capped off Hockey Day Minnesota’s ‘Hockey For Her’ night in bitter cold outdoor conditions that reached minus-4 degrees by the time the final horn sounded.

The Cougars (15-5-0, 7-3-0 in Big Nine conference play) outshot the Scarlets (4-14-1, 3-8-0) 33-6 for the game but West goaltender Alyana Smith kept her team in it, making 23 of her 28 saves through two periods while surrendering just two goals. But Keller sandwiched two of her three goals in the final period around Tibodeau’s tally to finish the game with 27 on the season, including five against the Scarlets.

Ashley Fischer opened the scoring at 7:10 of the first period for the Cougars and the lead remained 1-0 until Keller doubled it midway through the second. Tibodeau’s third-period goal at the 10:08 mark, which came on the game’s lone power play, was set up by Jess Eykyn whose 17th assist on the season gave her at least a point in 11 consecutive games.