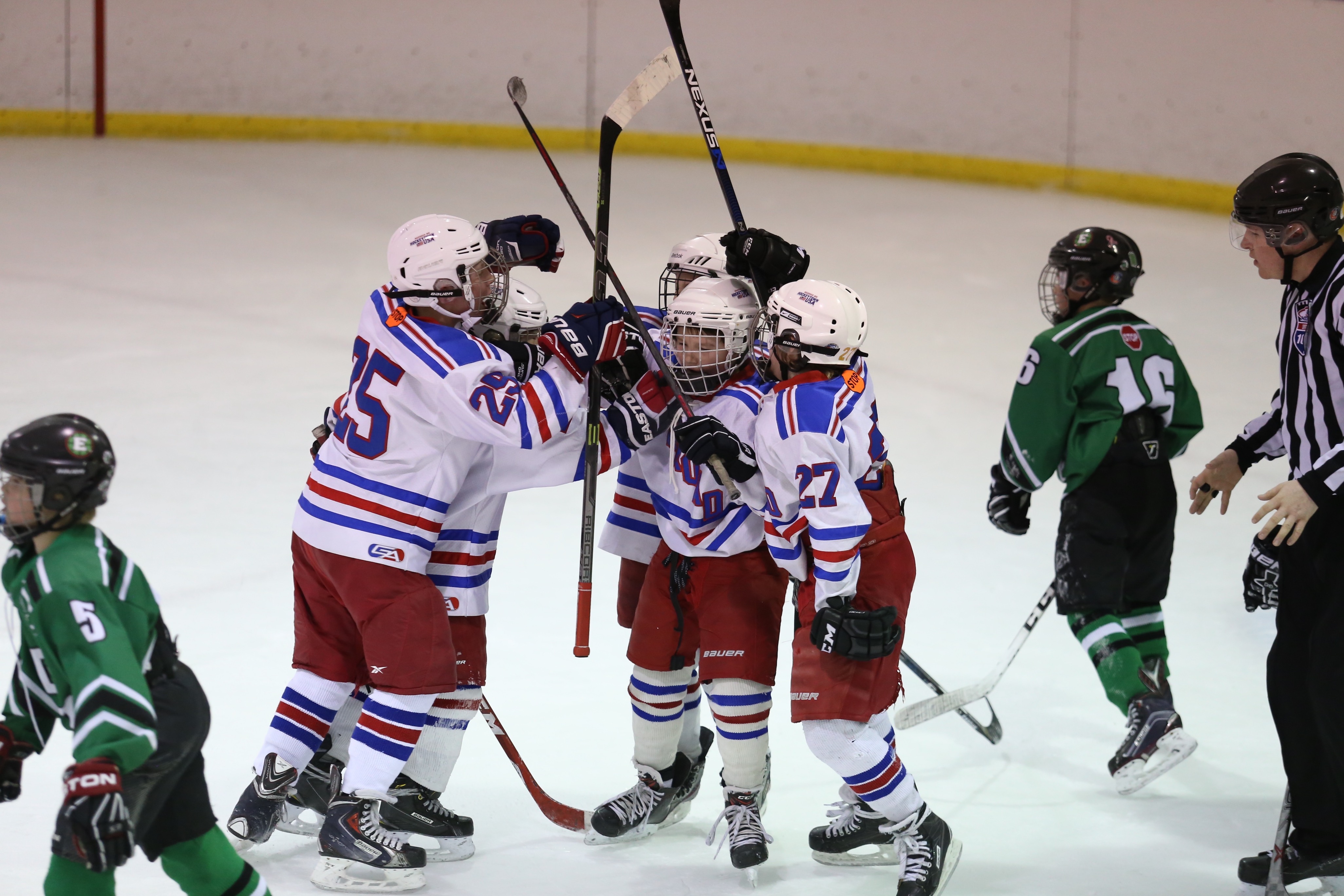 Son Shaugabay brought his 12-year-old son Jason to the hockey rink in Warroad at 3:20 p.m. on a Saturday in October for some open-hockey time. Three kids in different age groups were already on the ice. By the time Jason had his skates laced up and hit the ice, more kids joined the group.

Shaugabay figured he’d have to go get his son from the rink at about 10 p.m. that night. That’s a lot of ice time.

“They call it rink rat,” Shaugabay said. “We take it for granted because that’s just what we know.”

The free, unlimited ice time in Warroad is a way of life for hockey families. It’s also something out-of-towners almost balk at when they hear about it. A boy from Winnipeg passed through town recently and stopped to use the ice.

“His dad said, ‘this is amazing that there’s just all these kids out there and no adults,’” Shaugabay said.

Shaugabay knows all about the Warroad hockey tradition. He grew up playing youth and high school hockey in Warroad, then played with the Warroad Lakers and started coaching at 19 years old. His hockey resume includes 18 years as a pee wee coach, two years with bantams, 10 years coaching mites and acting as mite coordinator. In addition to the mites, he’s also been an assistant coach for the boys and girls high school teams.

Earlier in October, Warroad welcomed Jack Blatherwick to discuss hockey operations. The first thing he mentioned was how lucky they are to have the ice time for groups of kids of all ages – for unlimited amounts of time. Kids in the Twin Cities don’t get that opportunity, Blatherwick had said.

In Warroad, it’s just what they do. While a small hockey community might not have all the amenities or numbers of bigger programs, the free, unlimited ice time is one of best things they can do to help develop hockey players, according to Shaugabay. Kids can skate, work on stick handling, and start a pick-up game. They develop hockey awareness through this rink-rat hockey, Shaugabay said.

Shaugabay said it would probably drive his 12-year-old nuts if he were part of a program that was much more structured.

If a kid wants to stay at the rink for 10-12 hours at a time, that’s not uncommon in Hockeytown USA. Shaugabay heard from another parent that his son, a bantam, once spent 85 hours of non-structured time on the ice – just in the month of October.

Shaugabay tells his friends in other hockey communities like Duluth, St. Cloud and Moorhead about the ice time the kids get in Warroad, “and they can’t even fathom it,” he said. “They can’t.” One friend told Shaugabay that his kids got 10 hours of indoor ice time for an entire year.

“I said, ‘yeah, my boy got that in one day,’” Shaugabay said. “That’s what makes it kind of special here, is that rink-rat hockey, and you don’t have to pay for it.”

So, how can it all be free for the kids? It’s simple economics. The money to cover the cost of running the arena comes from the school, city, youth hockey, concession stand and other donations. Parents also volunteer their time to work the concession stands. There are also fundraising requirements, like kids selling tickets, according to rink manager Jude Boulianne. They also started a golf tournament fundraiser this past year, plus the rink is rented out for a few weeks during the summer, so there is some revenue come in, Boulianne said. He’s managed the rinks for 12 years, handles scheduling for youth hockey, helps with registration and is a youth hockey board member.

They don’t view the hockey rink as a business, according to Shaugabay. If they can cover the costs annually, that’s what they do – and have been doing it for 50 years.

Jackson Harren is a Warroad native, who played on the 1996 Warroad High School state championship team as a sophomore. He also played two years in the USHL and college hockey at the University of Alabama Huntsville. 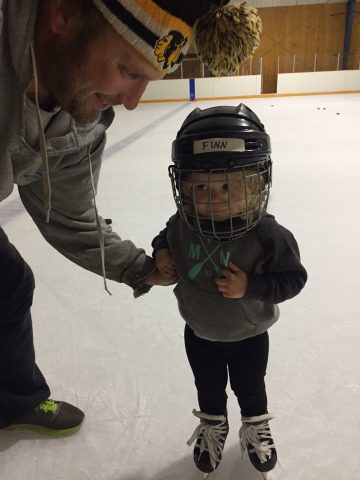 When Harren moved back to town, he saw a need with recruiting and retention for youth hockey, so that’s how he’s volunteered his time. He and his wife run a program called Skater Tots for kids ages 2-6 as they help them learn the basics. The idea is to teach kids how to skate and get them familiar with the arena, Harren said. They focus a lot of skating – turning, stopping, starting, and accelerating – “and then the rest kind of comes,” Harren said. They’ve gotten about 100 kids signed up.

“The mantra is ‘just fun,’” Harren said. “And really in a town like Warroad, too, there isn’t a lot of winter activities that are family-oriented indoors, so it really becomes something I think a lot of the families look forward to.”

During the free ice time, the rink may get split up sometimes, with different groups working on different things. But age separation isn’t really on the table. Of course, there are a lot of relatives in a small town, Boulianne said, so siblings and cousins of all ages take to the ice together, too.

Shaugabay’s son was skating with the boys’ high school team when he was just 4 years old. The team skated Sunday nights, Jason wanted to “skate with the teenagers” and the team captain welcomed him with open arms.

The captain was Brock Nelson, a high-school standout who now plays for the New York Islanders.

So here’s this young kid, skating with the high school team.

The youngsters get other chances to interact with the high school players through a buddy night where kids pick a player on the Warroad Warriors to be their buddy. The younger skater goes to practice with the team, they share a meal, the high schooler visits the younger kid’s classroom on game day, then it’s watching warm-ups for the game and standing on the ice for the national anthem before heading to the locker room for autographs afterward.

The numbers don’t change all that much, according to Shaugabay. Boulianne estimates Warroad has about 150 to 175 kids in the youth hockey program. Primetime on the open ice can vary, but they’ll see anywhere from 20 to 50 kids out there during a busy period, according to Boulianne. During a Sunday in October for a two-hour block in the afternoon, 60 youth and high school players came and went just during that time.

In addition to the ice time, there’s a small-town feel at the rink, too. Kids leave their equipment at the rink, which makes for easy access when they come to skate after school, for example. Some may skate in the afternoons until their parents come get them after work. The rink is like Jude’s babysitting service, Boulianne said with a laugh.

There’s camaraderie at the rink, too. Parents bring meals or snacks to the rink for kids. Sometimes it’s trays of carrots or cupcakes.

“I’ve had parents bring lasagna up here and sit down and eat dinner with seven or eight kids, and six of them aren’t theirs,” Boulianne said. 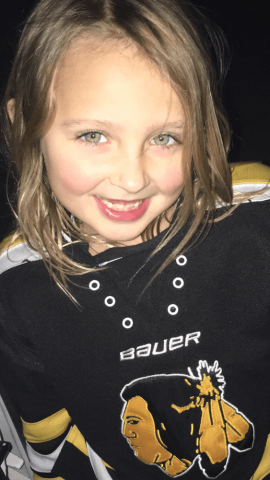 One might also see another benefit in the unstructured ice time for kids: Less burnout. In an era with one-sport athletes and more specialized sports training, talking about burnout in kids isn’t uncommon. But in Warroad, Boulianne sees kids that look forward to getting back to the rink (open five, six or seven months of the year). He can see some hockey players – not all of them – lose interest sometimes when they reach higher levels.

“I think the structure is a big key on that,” Boulianne said.

Kids can skate as much as they want, but when they’re told when to be there for practices, then it becomes a problem.

On the other hand, maybe it’s all that ice time that’s resulted in so much success for Warroad players. It took Shaugabay a few years to make the connection, but when he coached pee wee hockey, he realized that the very best players to come out of pee wees went on to play college hockey. It was a testament to the time that the kids put in to their games, Shaugabay said.

Warroad boasts more than 80 players who’ve come through the youth ranks to earn division I scholarships at various colleges. Five players have reached the NHL, in addition to seven Olympians.

Along with Nelson, T.J. Oshie is the other famous Warroad skater to hit the NHL. He plays for the Washington Capitals. Oshie worked hard and came to Warroad to get more ice time, according to Shaugabay.

Warroad may stand out with its free, fun, non-structured ice time. People keep telling them they take it for granted, Shaugabay said.