Rookie phenom making patience pay off for Wild and fan base. 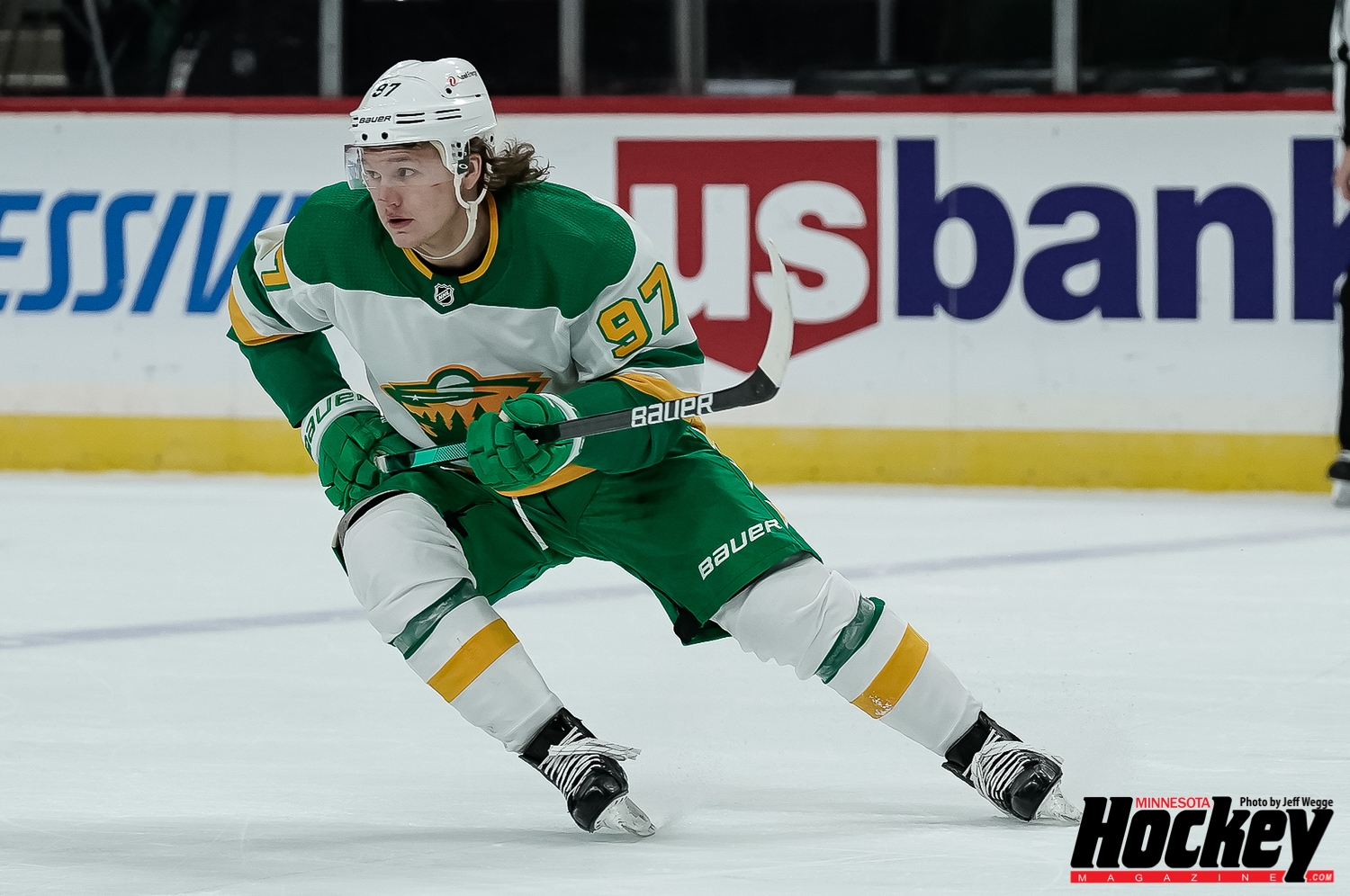 Good things come to those who wait, Minnesota Wild fans. Safe to say, Kirill Kaprizov was worth the wait.

The young NHL rookie has been a showstopper since game one this season, when he scored the overtime winner in Los Angeles.

He already had a pair of assists in his first NHL game when he pounced on a loose puck at neutral ice in overtime. He turned that into a breakaway with a nifty move in front before casually fluttering the puck past goaltender Jonathan Quick.

It was enough to make the veteran Quick glance over almost in disbelief at Kaprizov celebrating in the  corner.

That goal and that game weren’t flukes. 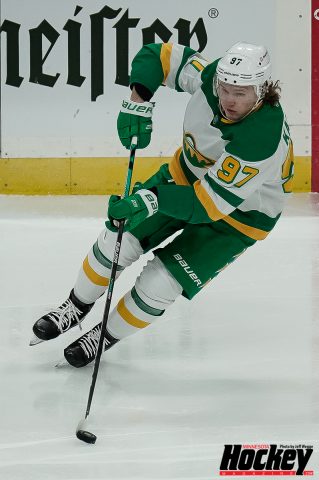 Kaprizov’s dazzled ever since, with his skating abilities, unreal passes to set up teammates and a few highlight-reel goals of his own. The only real complaint might be that he can be too selfless with the puck at times. But that’s a hard argument to justify at the moment, when his playmaking abilities create some of the best chances and scoring opportunities, too.

He’s even found himself in the right place at the right time on broken-stick plays.

Early in the second period of Saturday’s game against Los Angeles, Victor Rask fanned on a pass at the blue line. He later took a slapshot but broke his stick in the process. As the hockey gods would have it, the puck went right to Kaprizov.

He didn’t miss the one-timer and made it a 3-0 Wild lead that eventually ended in a 4-3 Wild overtime victory on Hockey Day Minnesota as Matt Dumba scored as time expired.

“He’s an unbelievable player,” teammate Kevin Fiala said of Kaprizov, following Saturday’s game. “He does it every night on a consistent basis, and he’s very strong.”

Kaprizov can create havoc for the opposition, being hard to read with the way he opens up his hips, said Joel Eriksson Ek on Saturday.

“You don’t know which way he’s going,” Eriksson Ek said. “He’s super smart, too. He’s been great for us.”

Kaprizov’s sixth goal of the season and team-leading 17th point also brought him into some more history among Wild rookies. His point streak is up to five games with Saturday’s goal, bringing him into a four-way tie (Ryan Donato, Nick Johnson, Pascal Dupuis) for Wild rookies with the longest point streaks.

He also needed the fewest number of games to reach 10 points in the league among NHL rookies to debut with the Wild. He reached 11 points in 14 games (3-8—11).

On the current six-game winning streak for the Wild, Kaprizov had three consecutive multi-point games. He came into Saturday night leading the Wild and NHL rookies in assists with 11 and points, now up to 17 in 18 games.

It’s not only about the skill and scoring goals either, according to Fiala.

“It’s the work ethic,” Fiala said. “You see when he loses the puck, he gets it back. He does all the little things right now to make a skilled player. Just everything works.”

Taking a look back at some of Kaprizov’s other goals this season, there was a six-game gap between his first and second, coming Jan. 28 against the Kings.

Already up 2-0 in the first period, Kaprizov tossed the puck from the top of the zone down into the corner. Marcus Johansson corralled it and made a heads-up centering pass to Kaprizov who made a beeline for the slot. The pass connected perfectly, and Kaprizov didn’t miss his chance to bury the puck, top-shelf.

It’s no secret the Wild’s power play has been abysmal this season, 5-for-63 and 30th in the league. But one of those power-play goals came from Kaprizov Feb. 2 in Colorado, the final game the Wild played before being shut down for two weeks because of a COVID-19 outbreak.

Already down 2-0 with a power-play chance in the second period, Kaprizov made himself wide open for a quick pass from Zach Parise behind the goal. The puck wasn’t on Kaprizov’s stick long as he fired the shot.

Things really started to gel for the Wild starting with a pair of victories in Anaheim after the return to play with a near-full lineup. By Feb. 22 in San Jose, a new dominant line really took shape with Mats Zuccarello, Rask and Kaprizov.

The line already had a goal in the 1-1 game early when Rask started the next scoring play at center, dishing it off to Carson Soucy, who made a cross-ice pass to Zuccarello who then found Kaprizov right on the doorstep of the goal. All he had to do was have his stick on the ice for the tap-in, tic-tac-toe goal.

Kaprizov’s assists are about as fun to watch as his goals. 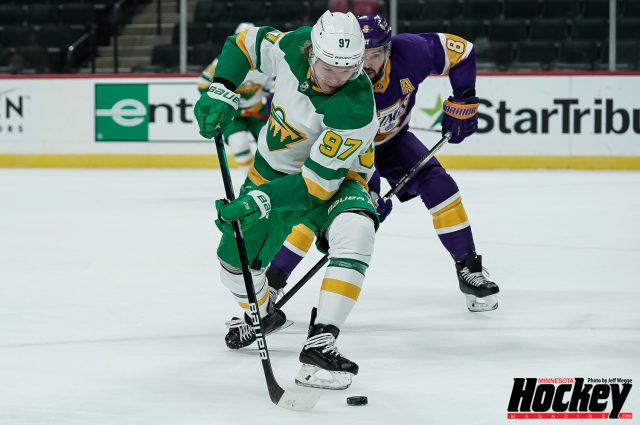 Take his assist on Ryan Hartman’s goal in Colorado to wrap up the recent road trip. Kaprizov took the puck into the offensive zone and battled

along with boards with a defender right on him. Buying time, he eventually turned the other way and fired a brilliant pass toward the goal and a streaking Hartman who finished the play with a backhand goal.

Not only did Kaprizov keep puck possession along the boards when many players might get pushed off the puck or opt to simply dump it around the boards, but then he finished it off with a spectacular pass that connected through the opposing players.

The benefit of Kaprizov is more than the numbers he puts up, according to coach Dean Evason, who noted Kaprizov’s “team-first” mentality.

“How he’s as excited about somebody else scoring a goal or somebody else making a play as he is,” Evason said. “That’s what really resonates with us, and I think his teammates as well.”

Once the Wild finally returned to Xcel Energy Center for the first time in nearly a month, to face Los Angeles on Feb. 26, it was a battle of winning streaks. The Kings had won six in a row, the Wild four in a row.

The Wild weren’t intimidated and came out flying with a three-goal first period, scoring three goals in about three minutes. Kaprizov got it started.

Wraparound attempts to score a goal are fairly common. A player takes the puck behind the goal, maybe tries to fake one way but goes the other. The execution of the play is usually met with a goaltender’s pad save along the post.

Kaprizov rewrote the book on wraparounds with this particular tally. He had the puck behind the goal line, defended by veteran Drew Doughty. Kaprizov dished the puck out to the point for a Jonas Brodin shot, then took a rebound shot on goal. Denied, he grabbed his own rebound, when behind the net with Doughty on his tail and slid the puck into the net for the wraparound goal as he was falling to the ice. Quick was out of position, still trying to get his stick in the way on the other side of the net.

That goal opened the floodgates for the Wild. Nick Bjugstad and Eriksson Ek added goals. On each one of those, the FSNorth director immediately cut to a shot of Kaprizov’s reaction on the bench.

The spotlight is indeed on the 23-year-old.

“We knew as an organization that we were getting a special player. There was no secret there,” said coach Dean Evason after Friday’s victory. “We’ve all watched tape on him. Watched his abilities last year. 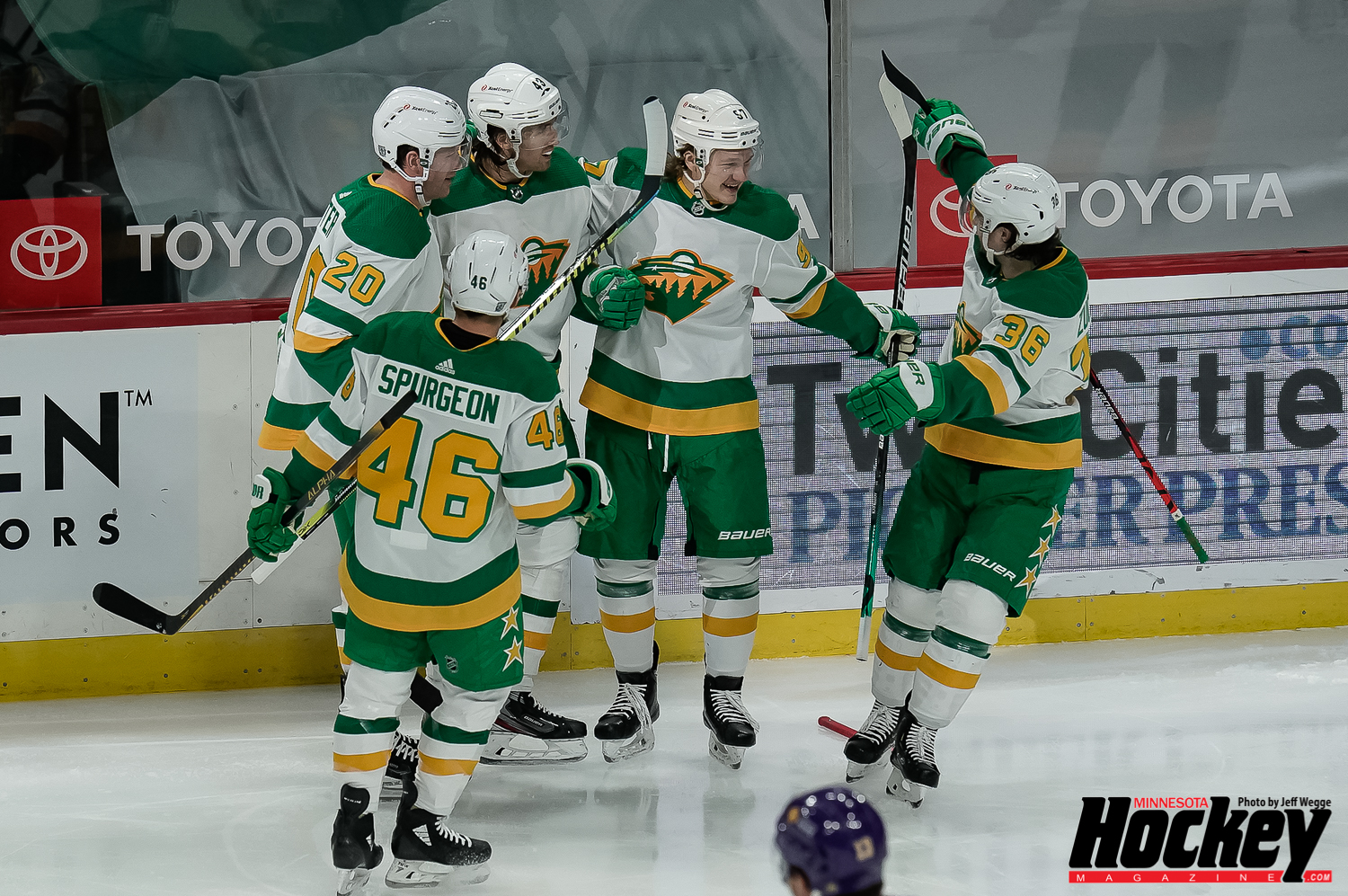