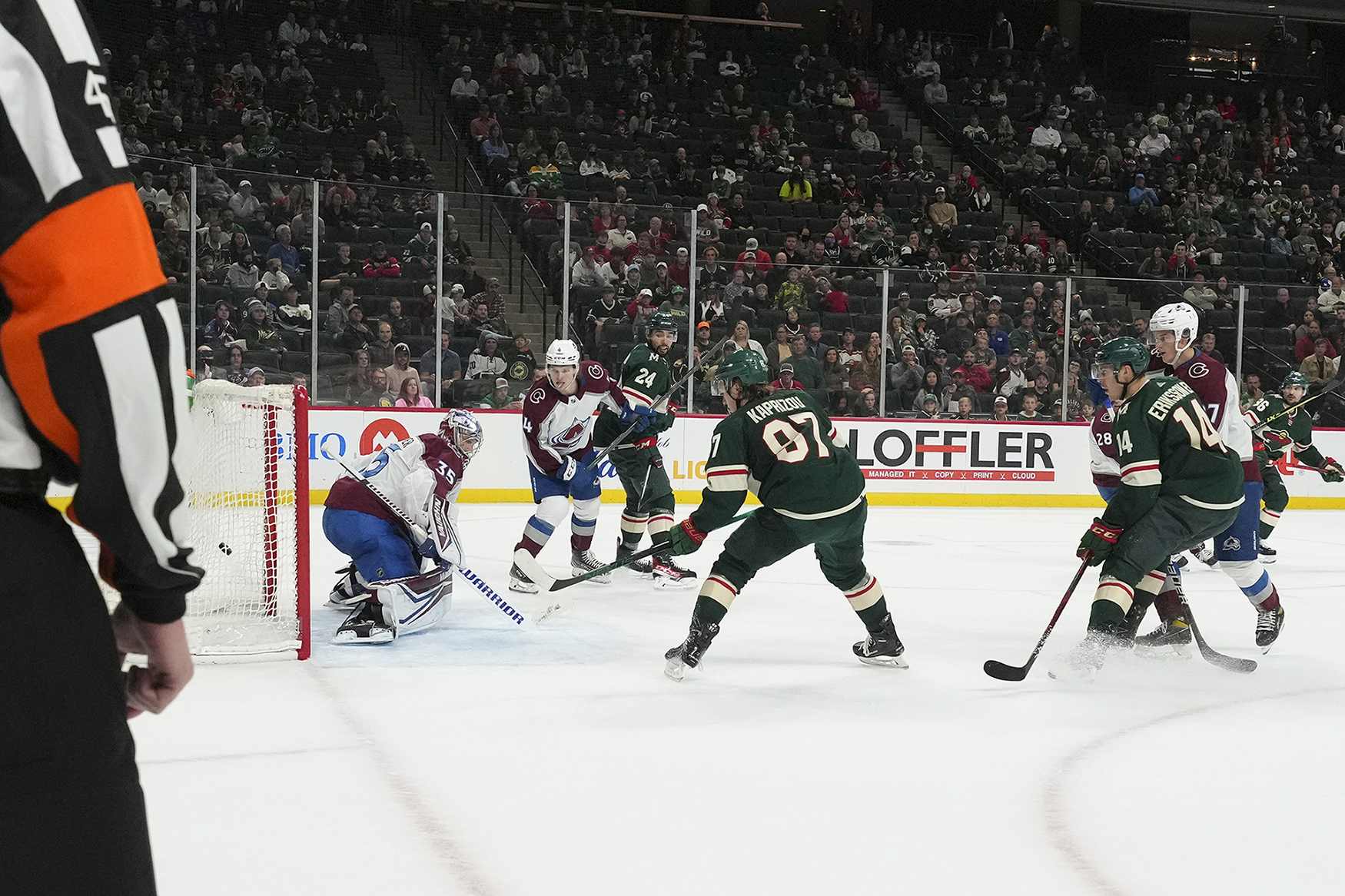 SAINT PAUL — In his first Xcel Energy Center appearance since his much-ballyhooed and long-awaited five-year, $45 million contract signing last month, Kirill Kaprizov scored a goal and added a pair of assists as Minnesota grinded its way to a 3-1 win over, essentially, Colorado’s AHL club, the Eagles, in its initial preseason home game.

In all, the forward line of Kaprizov, Joel Eriksson Ek and Mats Zuccarello collected six points (1-5–6) to go with with goals by Jared Spurgeon and Jonas Brodin to provide all of the Wild’s offense. Kaprizov and Zuccarello displayed amazing chemistry when together last season, but this was the first opportunity for the two dynamic players to skate with Eriksson Ek between them and the results spoke for themselves.

“I’m excited to play with [Kaprizov], and also Ekky,” Zuccarello said. “I think he’s done great job getting us the pucks and doing the job that you probably don’t see on the score sheet that often, but he was right there today creating all three goals.”

While Wild coach Dean Evason clearly enjoyed the offensive spark the trio provided, he was most pleased with their effort in the defensive side of the game.

“Yes, we know, they clearly have a chemistry … but if we can play them head-to-head against some top lines, that’s exciting for us,” Evason said. “But they have to be committed to checking, they have to be committed to doing the right things defensively, in all three zones, and they did that so that was as exciting as the offensive looks that they had.” 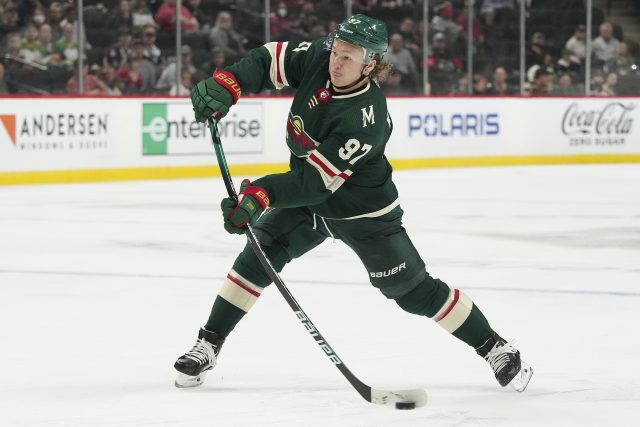 Evason iced a veteran-laden team as they opened the preseason home schedule with Matt Boldy as the lone prospect in the lineup. Meanwhile, Avs coach Jared Bednar went 180 degrees the other direction with J.T. Compher, he of 271 NHL games, the sole veteran returning player to skate against Minnesota on Monday.

Former Devil Ryan Murray (395 NHL games with Columbus and New Jersey) and Artem Ansimov (771 games with the Rangers, Blue Jackets, Blackhawks and Senators) joined Compher as the three most experienced players in a Colorado lineup which otherwise averaged 29 NHL games, including six with no NHL games under their belts.

Minnesota carried a 2-0 lead into the third period on goals by Spurgeon and Kaprizov in the second period’s first and final minutes, respectively. Eriksson Ek fed a pass from the right circle to Kaprizov along the goal line to Kuemper’s left and he found Spurgeon cutting left-to-right across the low slot who banged it home for a 1-0 lead just 14 seconds into the period.

Later, Kaprizov picked up where he left off with Zuccarello last season, finishing off a give-and-go with his favorite linemate to double Minnesota’s lead at the 19:09 mark of the second. In the middle of it all was Eriksson Ek driving to the net with Matt Dumba, reeking havoc on the inexperienced Avalanche defense.

“Zucci and Kirill’s movement is fantastic but, you know, if there’s someone else moving too then there’s nobody in front of that and Ek, obviously, gets to the net,” Evason said. “One he’s screening the goalie. Two there’s usually, well there is, somebody else there, so now it opens even more room for these guys to be creative so we think the Ekky fits perfect.”

Brodin capped Minnesota’s scoring with a wrist shot from the left circle which beat Kuemper through a screen set by, of course, Eriksson Ek. Kaprizov and Zuccarello each picked up their second assists of the night on the play.

Minnesota returns to preseason action on Wednesday, Oct. 6 when the Wild hosts the St. Louis Blues at Xcel Energy Center.