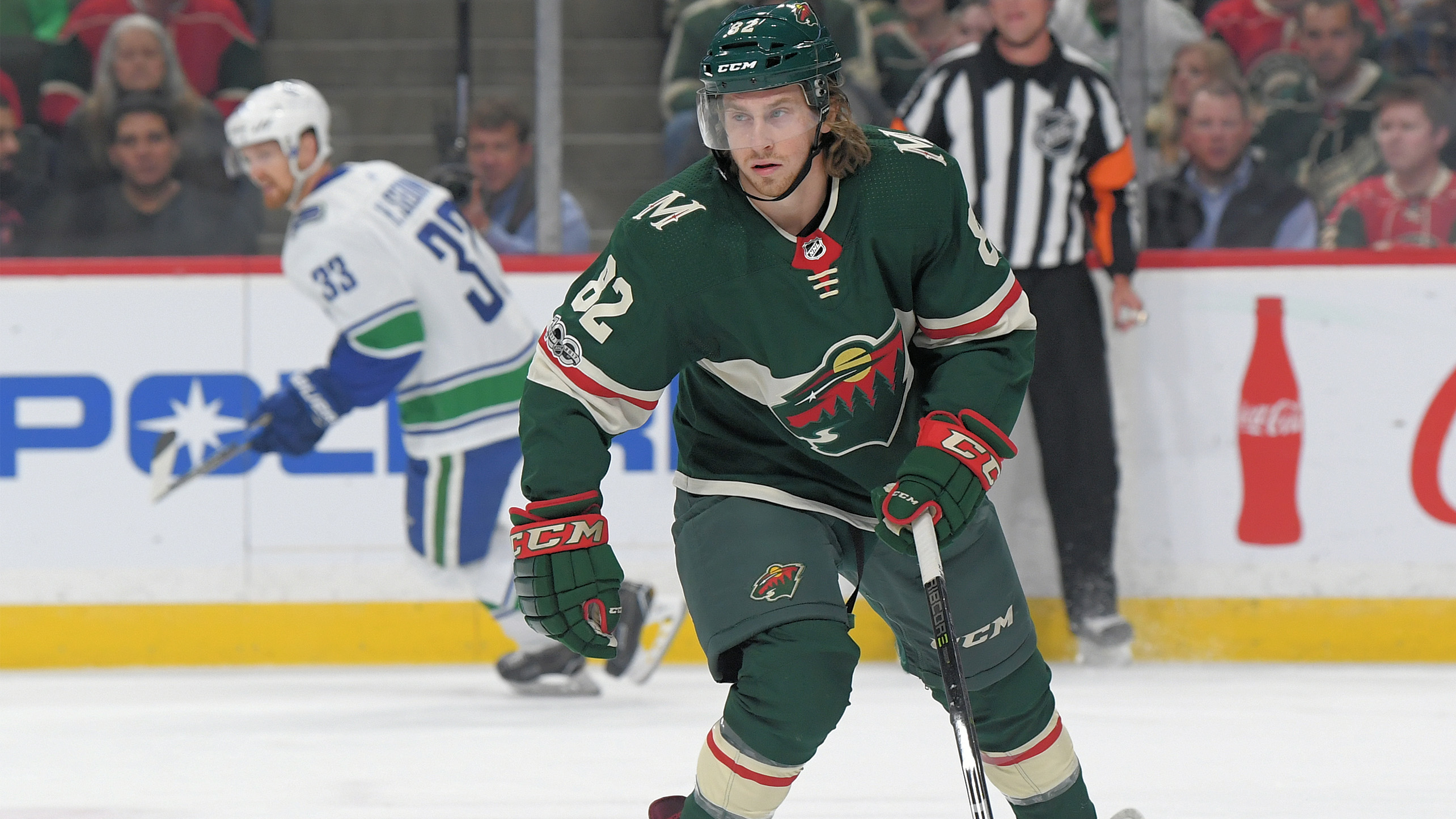 Justin Kloos became the fourth Minnesota native to make his NHL debut with the Wild in franchise history in the Wild’s 1-0 loss to Vancouver on Tuesday night at Xcel Energy Center. (Photo courtesy of Russ Hons /Russell Hons Photography)

A lackluster 1-0 loss to the Vancouver Canucks wasn’t exactly Just Kloos’ dream scenario for his NHL debut but the experience was a memorable one nonetheless. Kloos, who registered a goal in two assists in six games for the Iowa Wild, skated 8:39 on a line with Matt Cullen and Daniel Winnick.

“I thought our line had some good shifts,” Kloos said. “I was kind of fortunate, I think, that there wasn’t a ton of special teams for the first couple of periods so I was getting a regular shift which as good. They’re obviously both vets in this league so I just had to adjust to their game and try to play smart.” 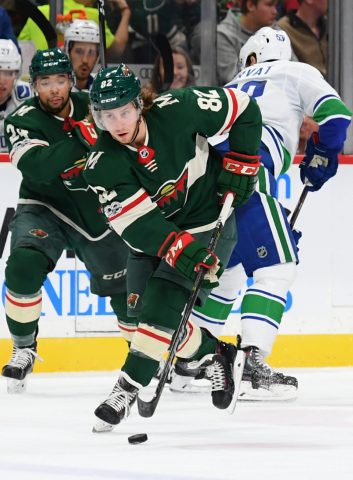 Although Kloos did not register a point, he did find his way to the score sheet when he was assessed a holding penalty early in the third period trying to recover from a turnover deep in the Wild’s defensive zone.

“He didn’t look out of place,” Wild coach Bruce Boudreau said. “He took a penalty but, I mean, it was a penalty of effort, it wasn’t a give away at the blue line. System-wise he was fine, he did a good job.”

The former Golden Gopher adds his name to the carrousel of players rotating between Des Moines and St. Paul as injuries continue to take its toll on the big club.

Although Mikael Granlund played his first game since suffering a hamstring injury on opening night, the team is still without top-six forwards Nino Niederreiter (ankle sprain) and Charlie Coyle (broken leg) while Zach Parise underwent back surgery earlier in the day.

Kloos said Minnesota’s injury issues has had a huge impact in Iowa but he has also benefited from them.

“It’s been scrambling with calling guys up from different leagues, scrambling lines, just trying to put a team on the ice kind of thing,” Kloos said. “I’ve been able to get a lot of ice and build some confidence.”

Just hours before skating his first NHL shift, Kloos said he was mostly excited while admitting to being a bit nervous.

“It’s something you think about when you’re young and, throughout your whole career, this is where you want to be to get this opportunity,” Kloos said. “I think going through all levels of hockey you’re a little nervous every next step you take so this is nothing different.

“I kind of always believed that maybe one day this would happen.” 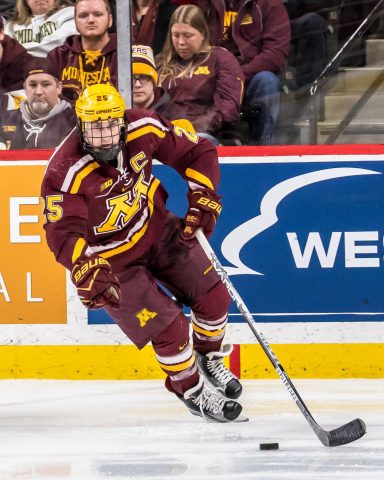 The 5-foot-9, 180-pound Lakeville native earned Minnesota’s Mr. Hockey Award in 2012 after leading the state in scoring with 103 points in 31 games during his senior season at Lakeville South High School. Kloos declined an offer to leave high school after his junior year to play for the USHL’s Waterloo Black Hawks, opting instead to return for his senior season and ultimately led the Cougars to a third-place finish at the Class 2A state tournament.

Kloos went on become a two-time captain at the University of Minnesota where he racked up 150 points in 155 games in four seasons as a Gopher, never missing a game in his four-year collegiate career. As a senior, Kloos led the Gophers in game-winning goals (6), ranked second in power-play tallies (6) and was third in both goals (18) and assists (25) in 38 games.

Days after his collegiate career ended, Kloos inked a two-year, entry-level contract with the Wild starting with the 2017-18 season. He finished last season on an amateur tryout agreement (ATO) with Iowa, scoring a goal in nine games.

It was a dream come true for the kid from the south suburbs.

“I wouldn’t really know it any other way because it’s the way it worked out for me.” Kloos said Tuesday morning. “Certainly I feel fortunate and special and privileged to be able to make an NHL debut in my hometown.”

Not only in his hometown but in a rink where, historically, Kloos has had some success over the years. Prior to Tuesday’s game, in 16 career high school, North Star Cup, Big Ten and NCAA tournament games since 2012, Kloos had amassed 16 points (9-7–16) at Xcel Energy Center.

Kloos, who was sent back down to Iowa on Wednesday morning, said getting a couple of preseason games under his belt last month helped him quickly adjust to the atmosphere.

“Obviously, it’s a notch higher once the regular season starts but I think I was pretty well prepared and hopefully I get another opportunity in the future.”