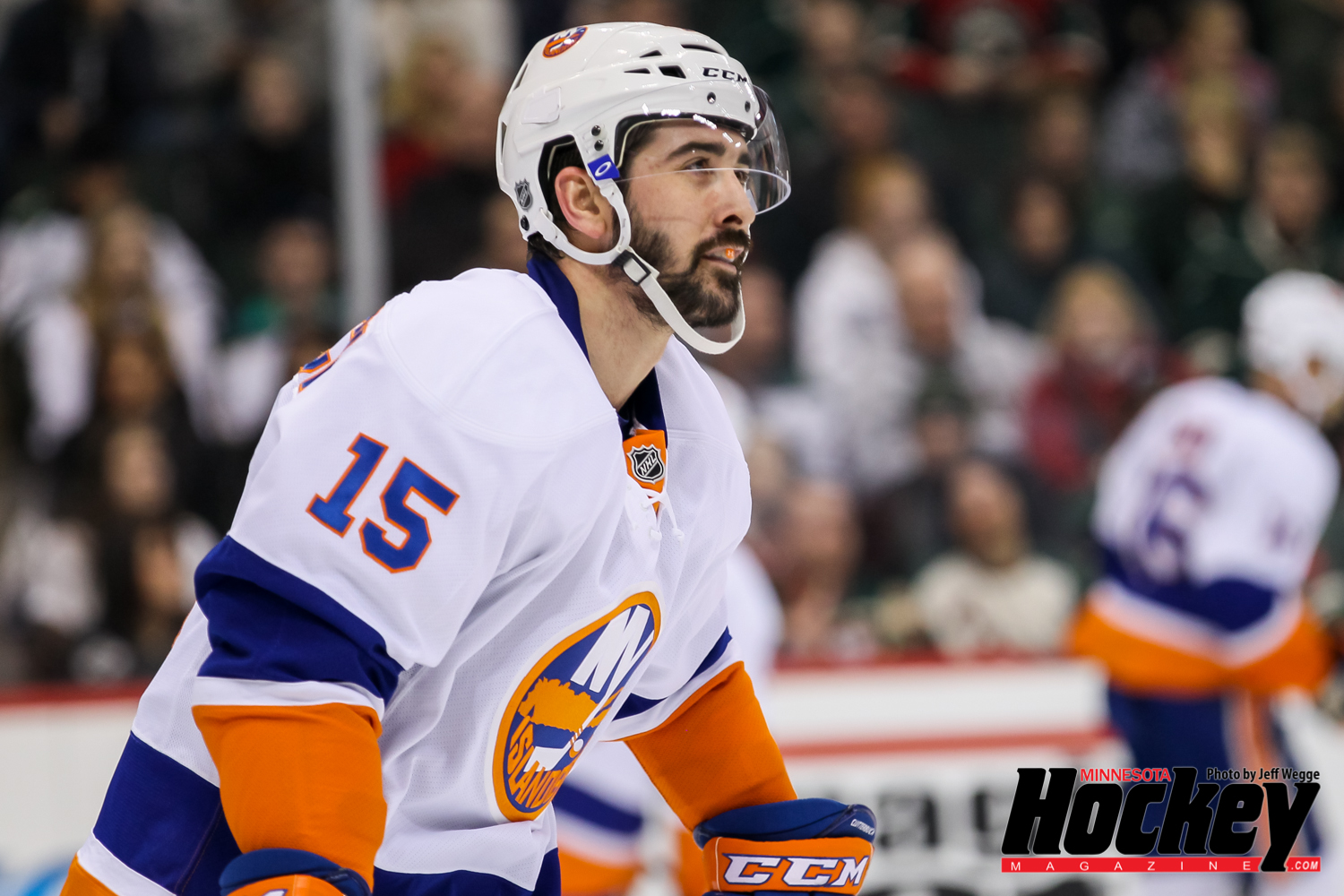 Cal Clutterbuck is a Minnesota Wild “frenemy” if ever there was one. During his tenure with the Wild, the forward was a heavily debated player who often left fans wondering if he was a blessing or a curse to the home team. As fans filled the Xcel Energy Center for a Sunday evening tilt, the Clutterbuck sweaters poured in with them.

If the density of number 22 jersey’s filling seats wasn’t proof that he fell more in the beloved category than the hated, the applause that filled the building during a first period tribute to the returning warrior, surely was.

Tonight, “Know Your Enemy” takes on a friend turned foe who remains a supporter of the boys who now oppose him. With that being said, let’s get reacquainted with a former child of the strong and wild, New York Islanders forward, Cal Clutterbuck.

On a hot July morning this past summer, Cal Clutterbuck stood outside of Glen Abbey Golf Club in Oakville, Ontario Canada surrounded by Josh Harding, Kyle Brodziak and Tom Gilbert, men, who until recently had not only been trusted friends, but teammates. The men stood quietly chatting, all wearing orange shirts, preparing to golf in the NHLPA’s 21st annual golf classic in the pursuit of raising money for Harding’s Hope.

“Charity events are definitely important,” said Cal before tee off time, “but this one hits a little closer to home, having spent the last year and a half with Josh, it takes on a whole new meaning and it’s the least we can do to be here to support him.”

Cal would go on to lead his foursome of golfers to victory, banking $40,000 for Harding’s Hope and supporting his friend in the process. He also commented on his fresh trade to the Islanders on that hot July morning and while there was no predicting what would come to pass in coming months, he was ready to take on a new challenge in hockey.

“I think it’s a good opportunity for me and a bit of a different scenario. It’s a younger team and kind of growing into maturity,” said Clutterbuck, “I’m looking forward to getting in there with the team at a good stage and growing with them. I think it’ll be a good place for me and for my family as well.”

Unfortunately for Clutterbuck, he suffered a severe leg laceration from a skate during the first exhibition game of the season and found himself sidelined for an extended period of time.

“My injury at the start of the year was pretty tough and it was hard to come back from that.” He continued, “I missed all of training camp but I think things are starting to pick up for me and I’m starting to find my way.” 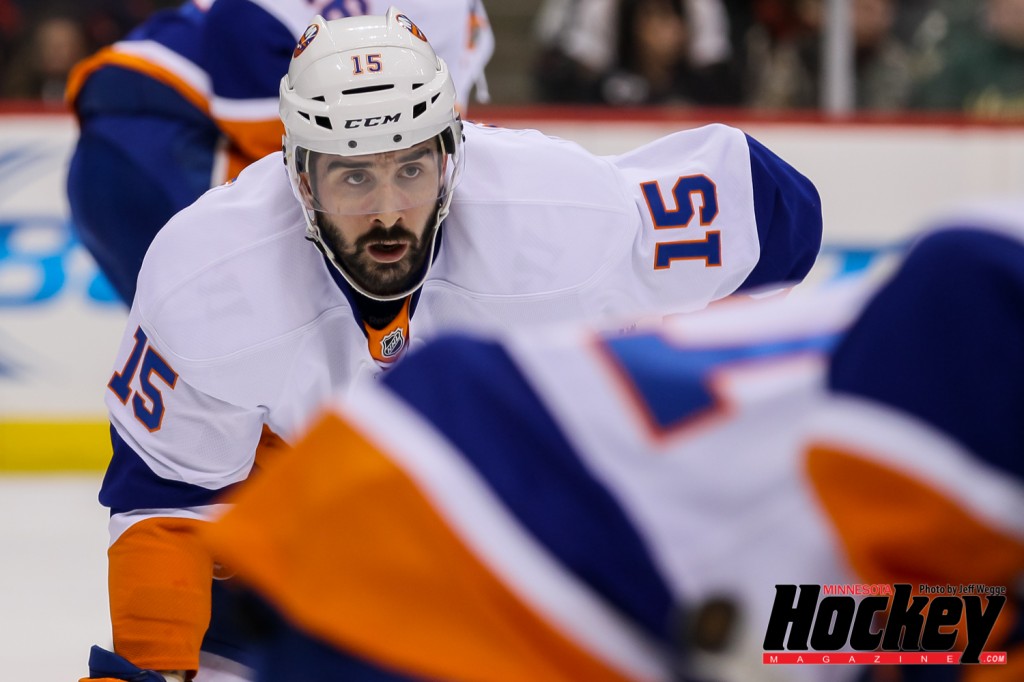 Injury aside, adjusting to a new city and team can be a challenging all on it’s own, something that Cal commented on, saying, “It’s a lot different even with just coming to the rink every day, coming to a different building, different people. It’s an adjustment period in itself to just get used to your surroundings and the people that are around you every day. Once you get over that I think it’s pretty easy.”

While the adjustment to his new surroundings may have been relatively smooth, Cal says, “It’s not Edina, Minnesota but it’ll do.”

Clutterbuck also felt the video montage welcoming him “home” was nice but unnecessary and when asked about the night he simply stated, “It was nice coming back tonight. Obviously it’s tough playing against some guys who are friends but it was fun. It was a different experience and obviously my first time doing that so I had a blast.”

Whether or not you consider Cal Clutterbuck to be a friend, foe or stuck in that gray relationship area known as a frenemy, there is no denying that at the end of the day he is a player and a man who stands solidly behind his teammates—both past and present—his family and the communities who cheer for him no matter which team colors or number are on his back.

~Quick facts about the NHLPA Charity Golf Classic mentioned in this article courtesy of the NHLPA:

* The tournament has raised over $3.2 Million for various charities throughout the years.

*Make sure you’re following @MNHockeyMag on Twitter for all of our latest articles, game updates and events! You can also follow the author of this article @AmySnow17!*