Koivu, Wild both heating up 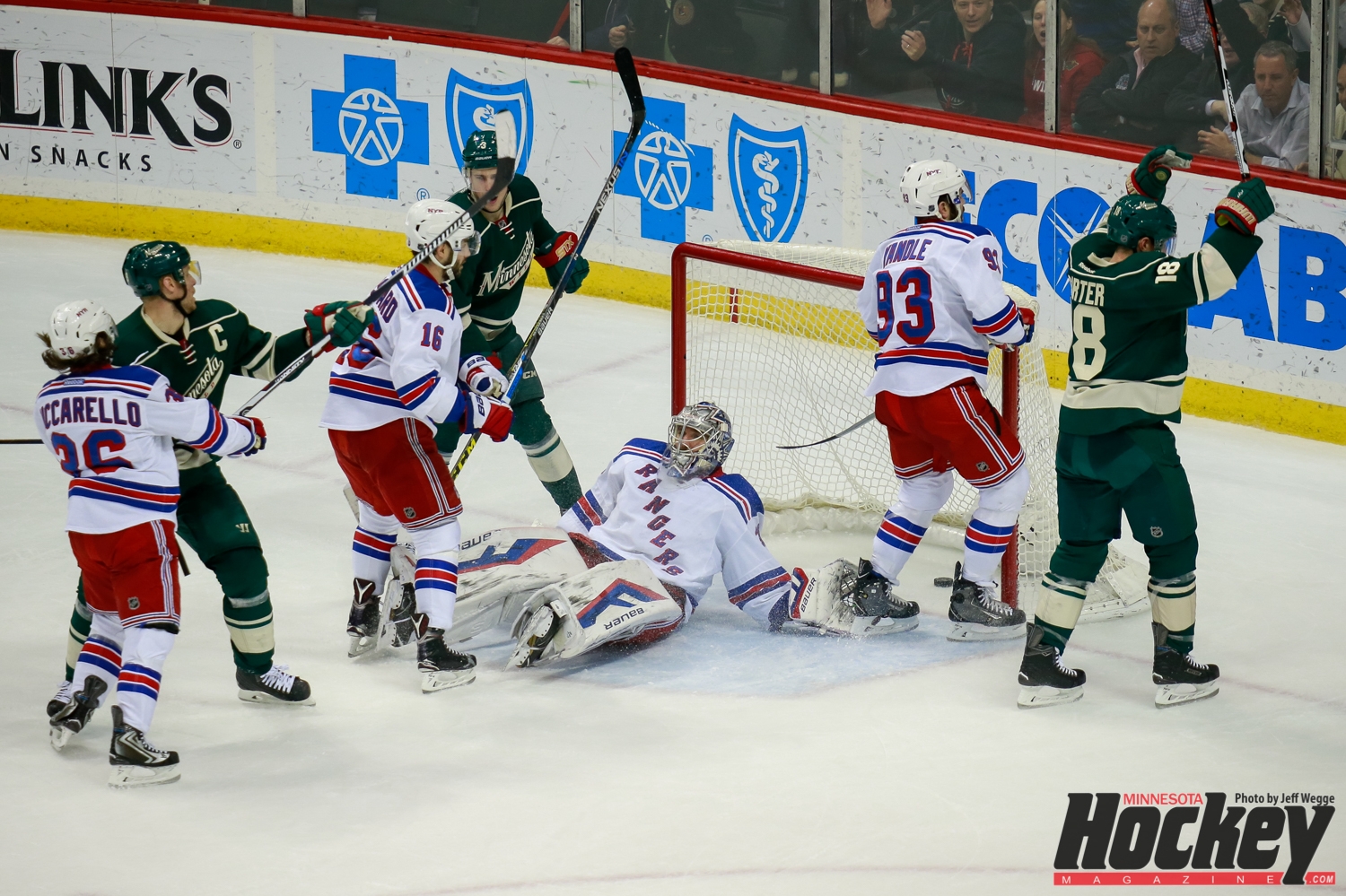 On a frigid Thursday night in St. Paul, 19,090 customers showed up to watch the Minnesota Wild play the New York Rangers.

It was the 11th crowd of more than 19,000 in 16 NHL games at the Xcel Energy Center this season, where the capacity was officially reduced to 17,954 a few seasons ago. They continue as the biggest wintertime draw in the Twin Cities for one reason: Their product sells.

The reasons are multiple.

Goalie Devan Dubnyk has recovered from a groin strain and the Wild list zero injuries.

Their captain, Mikko Koivu, is 32 but is playing like a man in the prime of his career.

And, after steaming to a 5-2 triumph over the Rangers, the Wild have a nine-game point streak and 40 points in 30 games. Only seven teams in the NHL have more points, and three of those have played at least two more games.

Life is good in St. Paul.

“Everyone’s having fun,” defenseman Matt Dumba observed, adding that the 11 goals scored in Minnesota’s two most recent outings were dividends earned by a stifling defense. “We’re just doing a lot of little things right, right now. We’re not stressing each other. When we can play like that, it’s awesome.”

During one of the most moderate Twin Cities winters in recent memory, the Wild extended a hot streak even as wind-chill temperatures dropped into the single digits Thursday.

Contributions are coming from everywhere – Dubnyk and Darcy Kemper are playing well, Zach Parise and Mikael Granlund each have 19 points, while Thomas Vanek and Ryan Suter each have 24.

Then there’s Koivu, who tallied two goals and an assist against the Rangers to give him seven points in his past two games. He leads the way with 28 points in 30 games and was stoned by Rangers goalie Henrik Lundqvist on a breakaway in the final minute or he would have had a hat trick.

Koivu shrugged it off.

After netting 67, 71 and 62 points from 2008-09 through 2010-11, Koivu’s numbers slipped along with his status among Minnesota fans. Parise had become the go-to guy on offense, with help from Jason Pominville, Nino Niederreiter, Jason Zucker, Charlie Coyle and Vanek.

Lately, Koivu has inserted himself higher into the narrative.

“I’m really happy for him,” Wild coach Mike Yeo said. “He was getting chances, but the puck wasn’t going in. It’s a good lesson for everybody, young players especially, that you just have to stay with it.”

Koivu went seven games without a point between Nov. 27 and Dec. 11, but has eight in his past three games.

“You always want to produce, when you’re out there for power plays,” he said. “You want to help the team with getting some offense going. I had more chances, but that’s a good sign, too.”

Koivu insists the Wild are doing nothing differently, that the chances were there even while the team tallied just 16 goals over a nine-game stretch through Dec. 12.

“For sure we want to score as much as we can,” he noted. “But at the same time, being good defensively allows us to be good offensively.”

Minnesota limited New York to five shots in the first period and got power-play goals from Dumba and Pominville plus a goal from Chris Porter, two assists from Suter and 21 saves from Dubnyk including one on a penalty shot.

They also appear totally comfortable at the X, where they have a 12-3-1 mark this season and have an average attendance of 19,003 per game.

Fans and players alike expect a good game every night from the home team.

So does the coach.

Yeo said he watched from behind the bench as the Rangers cut Minnesota’s lead to 2-1 and later to 4-2 but noted that he was never nervous.

“For whatever reason,” he said, “I felt pretty confident back there.”