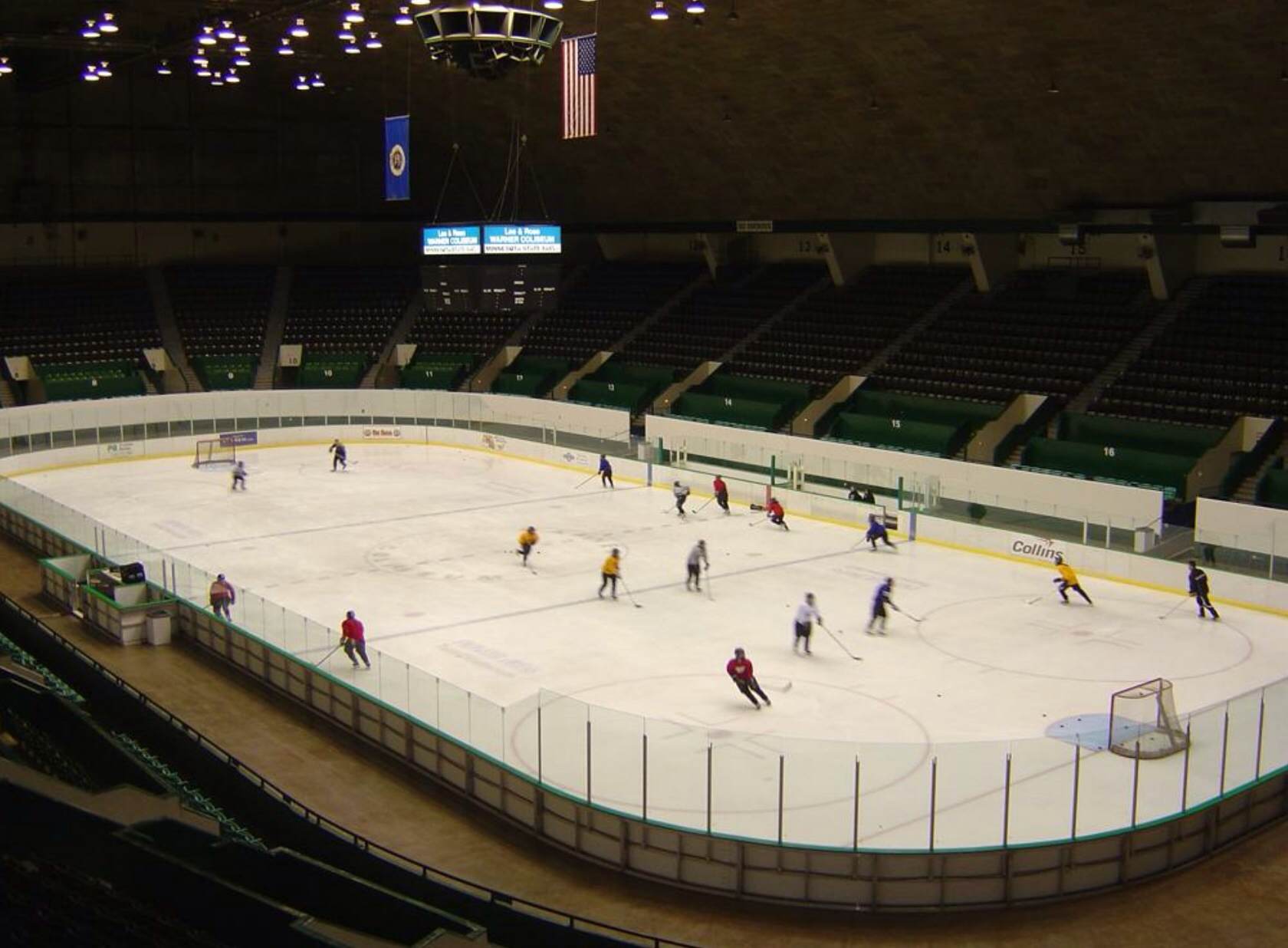 I tried to see as much as I could from the concourse while my parents asked the lady checking tickets if I could go into the arena for just a few seconds. She was puzzled at the question but gave my parents the go-ahead.

I walked up the ramp and up to the front edge of the seating area. I was just tall enough to see over the edge of the wall, but on the tips of my toes I looked over and saw dirt. There were horses, but I really didn’t care. I was too busy picturing a hockey rink in the center of all this.

I scanned my eyes around and looked at the green wooden seats, the box seats in the front rows, and what I thought was the coolest part of the building—the ceiling. The way the ceiling curved from one side of the arena to the other fascinated me and it is still cool for me to look at today.

My dad told me it was time to go and I reluctantly made my way back down the ramp. It would be a long six months, including the month of December which took forever because of Christmas, until I returned to this place; I couldn’t wait.

Every single year since I was under two months old, I have attended hockey games at the Lee & Rose Warner Coliseum on the Minnesota State Fairgrounds. Sometimes my White Bear Lake Bears won, but most of the time they lost. And even though it sucked when the Bears lost, they usually did it in a dramatic way that involved overtime and me watching hockey way past my bedtime.

When the Minnesota State Fair rolled around each year, I always made sure that I would pay a visit to the Coliseum. Up until a few years ago, you had to buy a ticket to get into the seating area. I wasn’t much of a horse or cow show person so, rather than buy a ticket for me to do my annual 30-second viewing, my parents opted to work out a deal with the person checking the tickets.

However, there was one year that the ticket guy didn’t let me go. Screw that guy.

You could say that I developed a sort of love affair with the Coliseum. After all, I can’t think of a time in which I passed by it or saw it out past left field at a St. Paul Saints game and not think of all the great memories I have made there. 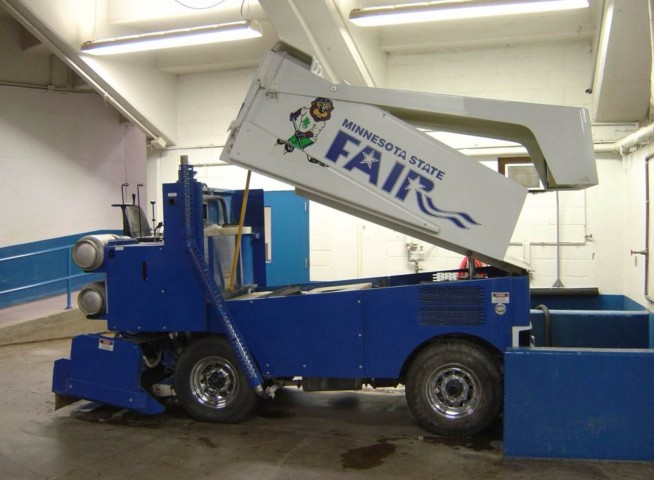 For starters, I love the fact that fans in the concourse have to stop and move out of the way when the Zamboni leaves its makeshift garage in the concourse itself. I mean, I can’t think of any other hockey arena that its Zamboni is parked in the concourse. As a kid with an unhealthy obsession with Zamboni’s (a Halverson tradition that continued with my younger brother), this was the coolest thing.

I understand that Lee & Rose Warner have certainly done many great things and they definitely earned their name on this historic building, but this place will always be known as the Dave Wright Coliseum to me. The Coliseum’s acoustics seemed to be designed for Dave’s awesome pipes, and I don’t think high school hockey would be what it is at the Coliseum without Dave reminding fans that the fire marshall isn’t happy and that they need to find someplace other than the stairwell to watch the game. And who doesn’t love the throwback “No Smoking” announcement every year? “There is NOOOOOO SMOKING in the Lee and Rose Warner Coliseum!” Be sure to ask my buddy Eric to do his Dave Wright impression for you sometime. It’s pretty great.

The two teams that have defined the Coliseum as a premier high school hockey venue are White Bear Lake and Hill-Murray. The games, both between these two teams and these teams against other teams have been epic, and it is no wonder why the Coliseum is sold out year after year.

I looked around before the start of the third period of the White Bear Lake vs. Hill-Murray Section 4AA final last year and took it all in as best as I could. I saw the fans lined up along the very top row all the way around the place. I turned around and saw the White Bear Lake student section filled to the brink—sometimes two or three students deep per row. I felt the atmosphere that only a game like this can exude. And it made me realize that those idiots that say “It’s just a game!” are so unbelievably wrong.

Half the kids will throw their gloves, sticks, and helmets in the air and, to the dismay of arena officials, climb on the glass and celebrate with their fans. The other half will sit hunched over on the bench, prone in their crease, or on one knee on the ice in absolute total heartbreak. Some seniors will continue their high school hockey careers, some seniors will see their high school hockey careers end.

It is the ultimate display of the thrill of victory and the agony of defeat, even more so than anything you will see in the state tournament. Once you make it to state, you are guaranteed at least two more games with your teammates. Before that, nothing is guaranteed and your season can end at any moment.

When I read the Facebook post from the Minnesota State Fair in December detailing the end of the Lee & Rose Warner Coliseum as a hockey venue, I was heartbroken. Heck, I’m even man enough to admit I shed a few tears. My passion for hockey was, in part, fueled by that building each year and wherever they move this tournament to, that place will never, ever match the atmosphere that the Coliseum created.

I spent a good half hour after everyone left the Coliseum after the section final last year with my friend Chad Olson in a random seat in the empty arena. The Bears lost, which sucked but this really wasn’t just about what happened on the ice. It was about everything about that evening and, as I stared across the 5248 empty seats, I reflected on everything this building has done for me and thousands of hockey players and fans across the state of Minnesota.

As I walked out the doors that night I turned around and said out loud, “See you next year.” I don’t know what I will say as I leave the Coliseum on the 28th of February this year, but it will be tougher than ever before because this time I won’t be saying goodbye for six months.

I will be saying goodbye forever.