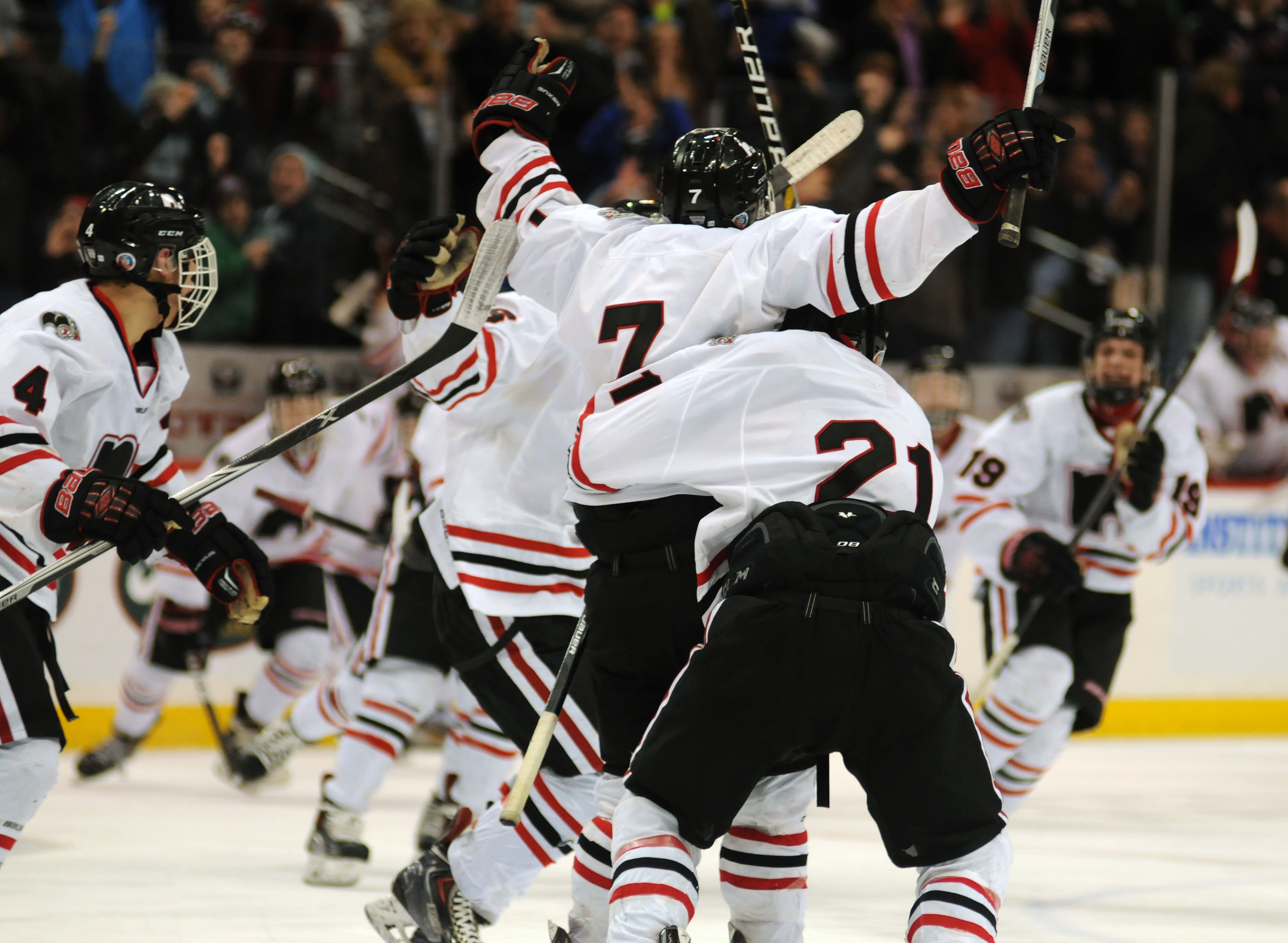 Debut Show of “On the Ice” with Pete Waggoner and Chad Graff debuts this Saturday on the Ticket.

A hot debate among Minnesota amateur athletics perpetually rages on in Minnesota and it centers around boys high school hockey.  Key to the discussion is  the impact the game is having in developing hockey players and its role to get  them to the next level.  In the October 23rd edition of Let’s Play Hockey Magazine, a compelling discussion regarding the benefits of high school hockey and some of the issues it could resolve to improve the game were examined by hockey experts over nine pages.

There are those that passionately defend the system as one of the largest purveyors of opportunity in this fertile breeding ground that has delivered a large quantity of ‘next level’ players that have moved on to college and even professional careers.  Questions among the debate center around, what is the responsibility of the MSHSL and player development, is the business side of hockey development such as private businesses sabotaging the discussion for financial gain, and what is the role of parents in this discussion.

This topic is too large to be discussed in this space and I personally would like to invite each of our readers to join us for the debut show of “On the Ice” that airs this Saturday from 9am-11am.  The show will be hosted by yours truly and St. Paul Pioneer Press beat writer Chad Graff on Sports Radio 105 The Ticket.

Joining our discussion panel will be former NHL player and current player agent Neil Sheehy, Florida Panthers scout Fred Bandel, and past Minnesota Coaches Association President and current Benilde-St. Margaret’s Red Knight head coach Ken Pauly.  We will look at the topic by addressing it from all angles.  The two hour show will also feature Wild talk with St. Paul Pioneer Press beat writer Chad Graff ,  Fox9 News spots director Jim Rich who will be fresh of the SCSU and U of M men’s hockey game call, and a look at the MIAC and their preview that is underway in Blaine, MN this weekend.  Of course, we will take your calls.

If you are not near a radio log-in and listen at 105theticket.com/.  To catch up on the stories, pick up a paper at your local sporting goods store, arena, or go online to to Let’s Play Hockey by clicking here.

Thank you for joining the show and the discussion.