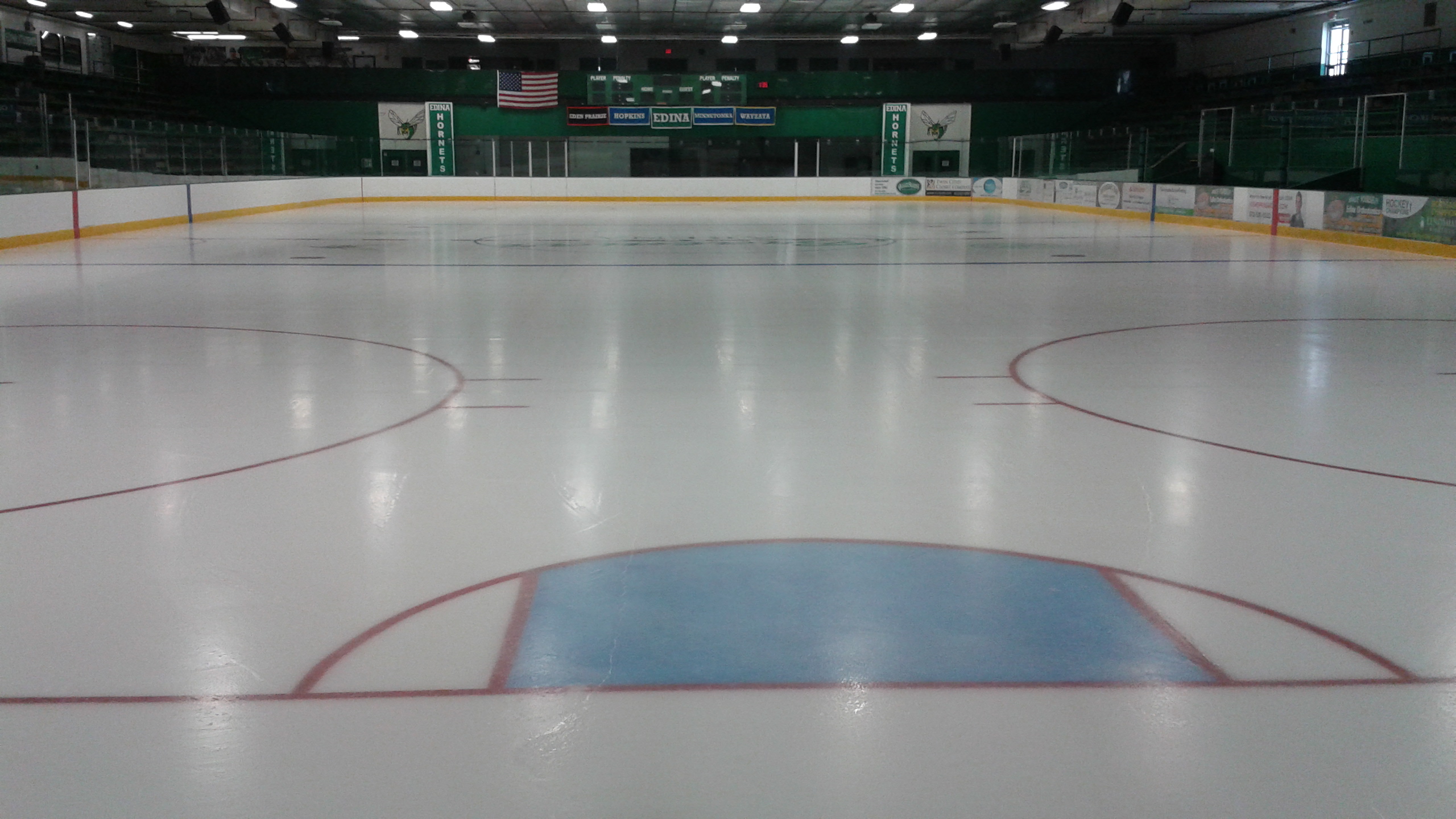 Former USA Olympic and professional hockey player, Len Lilyholm, is bringing new ice-making technology to Minnesota and the U.S.  What Europe, Canada and the Russian KHL professional league have known for several years, the U.S. is just now learning: There is a better and more cost-effective way to make indoor ice. 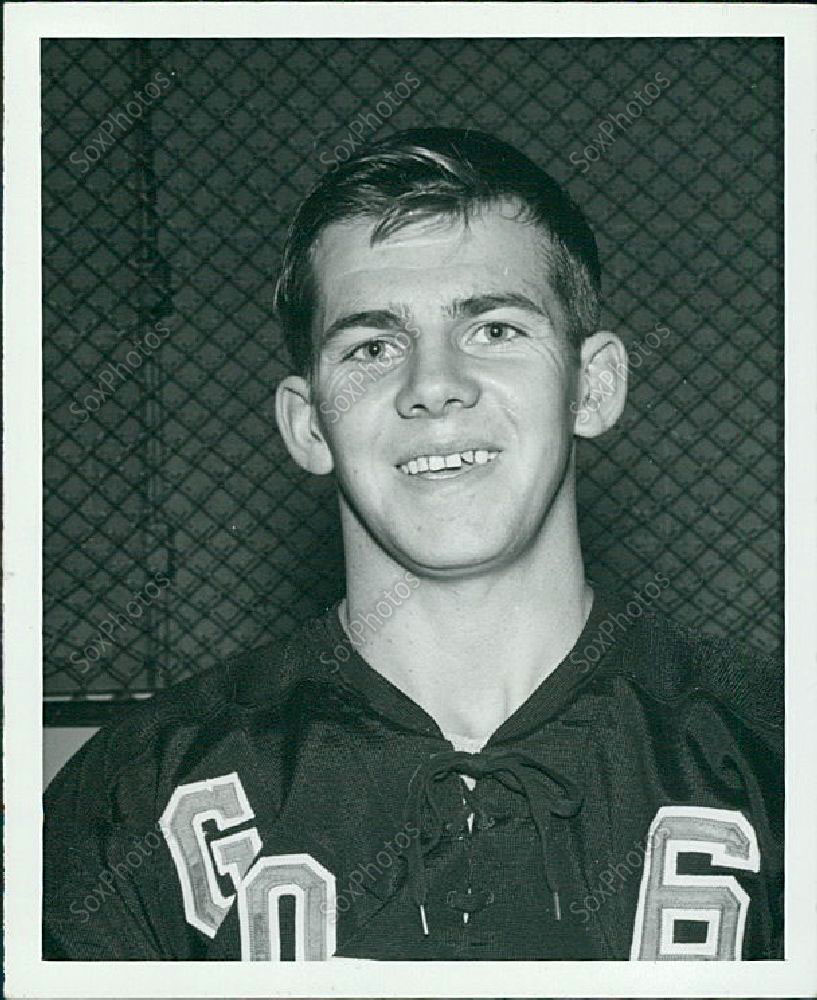 where he was all state his senior year.

He went on to play for the Minnesota Gophers in the early 60’s and graduated in 1966 with an architecture degree.

He also was a member of the 1968 U.S. Olympic team that played in Grenoble, France.

He played several years of minor league hockey with the Rochester Mustangs from 1965-68 and 1969-70, and also played parts of a few seasons in Austria, with Salzburg EC and Kitzbühel AC. 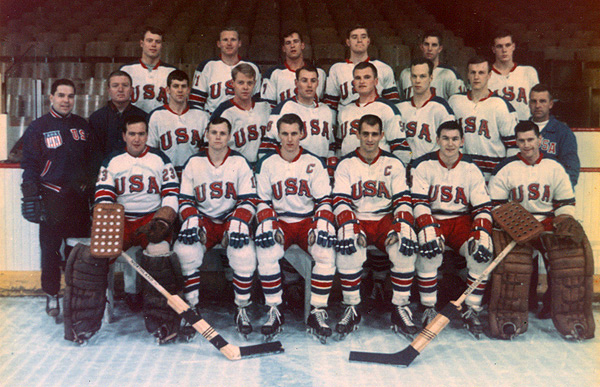 Lilyholm played one year in the majors, playing for the Minnesota Fighting Saints of the World Hockey Association in 1972-73, appearing in 77 games.

He finished out his hockey career in 1973-74 with the Suncoast Suns of the Southern Hockey League.

In 1978, he coached the U.S. National Junior U20 team at the World Junior tournament in Montreal.  A powerful Canadian team had the likes of Wayne Gretzky (at only 16 years old) and Bobby Smith, but finished third behind Sweden and Russia.  The U.S. team finished 4-2.

As an architect and builder, he participated in the design of the St. Paul Civic Center completed in 1973 as the home of the Fighting Saints.

Len continues to play into his 70’s, frequently participating in local and national adult hockey tournaments.

He now works for Cypress Ltd as an Energy Advisor professional for the REALICE technology.  Len and his wife, Carol, now reside in Palm Beach, Florida. 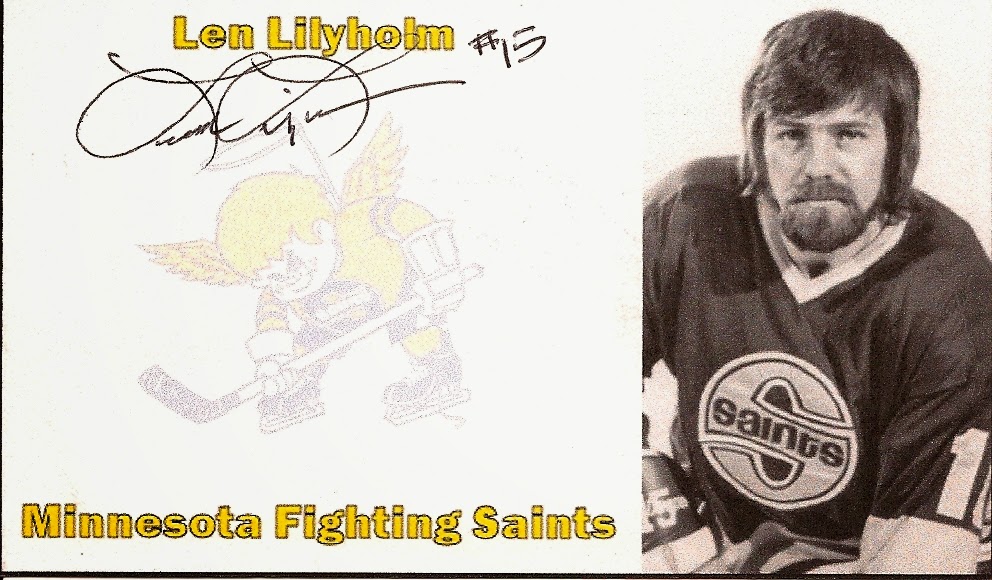 REALICE is for Real.  Invented in Sweden with a worldwide patent by Watreco AB and now in use in over 300 rinks worldwide, REALICE is a low-cost device that reduces energy used in the ice-making process.  The majority of ice rinks traditionally use heated water to build and resurface refrigerated ice surfaces.  Heating the water removes micro-bubbles, also making it flow more easily.  It also slows the ice freezing process so that the ice surface freezes without ridges or rough patches. 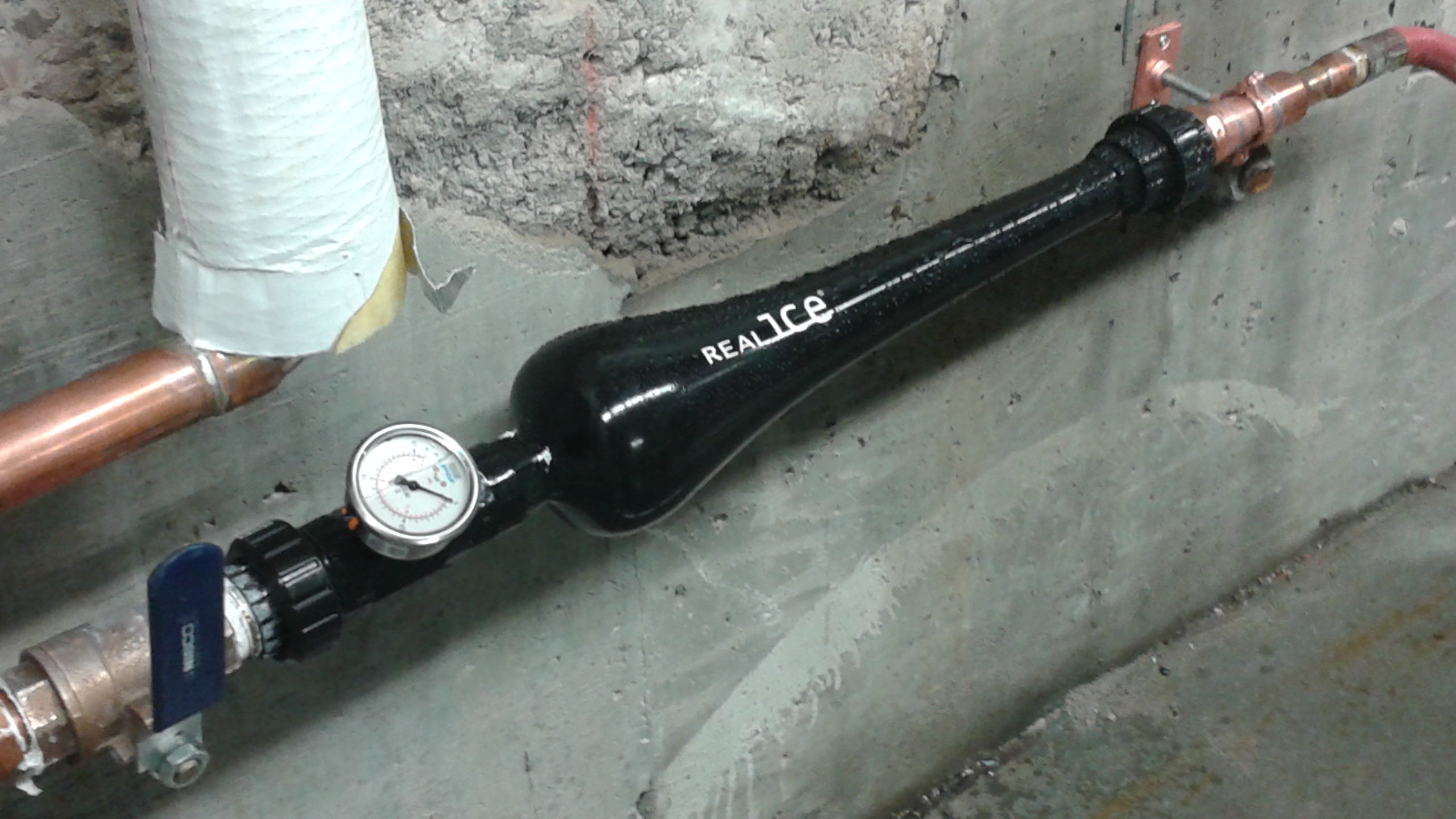 The REALICE technology removes the micro-bubbles and changes the viscosity of un-heated water, allowing it to also flow easily and have a better heat transfer while providing clearer and harder ice.  This saves on expensive gas water heating and electric refrigeration costs.  In addition, the compressors do not have to work as hard since the unheated water freezes faster at the cooler water temperature. This also saves on electricity and compressor maintenance. In addition, dehumidification systems do not have to work as hard either.  There are no moving or mechanical parts and no maintenance required.  Payback (ROI) is advertised to be less than two years for a single rink and less than one year for a unit that serves a double rink.  Monthly savings has been documented at between $1200 and $1500 per rink and there usually are rebates from the local gas and electric utility.  The ice is harder, clearer, and faster.

REALICE is a ”green” technology and is now a proven product.  Installed first in Europe in 2008, it is now in its second generation.  Used widely in Europe for several years, it is now being used by the Russian professional league, KHL.  It is endorsed by the Swedish, Finnish and International Ice Hockey Federations.  The NHL has also been using it for their outdoor Winter and Heritage Classic events since 2011.

In December 2010, Cypress, Ltd. conducted the field placement study for Southern California Edison to quantify the energy savings and test the quality of the ice. Recently, a major gas utility in British Columbia, Canada funded a pilot program to test the technology in 10 rinks in cities and towns across the province.  See this news clip out of Prince George, B.C.  Many utilities now provide incentives to install the technology, and the largest U.S. gas utility, Southern California Gas Company, is launching a utility program around the technology.

U.S. Rinks are Warming Up to the Technology.  Per Lilyholm, the U.S. seems late to the game, but it’s tough to get rink managers to change the way they have been doing things for years.  There are, however, signs that it will take off soon.

Iowa State University installed the first unit in North America back in 2010 after the son of a university professor playing hockey in Luxembourg brought the technology back to Iowa.  The professor, Al Murdoch, who was heavily involved in Iowa’s famed club hockey program, installed and performed an extensive study with impressive results.

Lilyholm was aware of this and also had a key contact in Luxembourg that was using the technology.  After studying this and seeing the results first hand, he decided to embrace the challenge of getting rink managers in the U.S. to investigate and pilot the device.

Edina and Blaine lead the way.  It’s no surprise that Edina’s Braemar arena and the Schwan Super Rink in Blaine, both progressive hockey operations serving well-known and successful hockey and figure skating programs, were willing to plow new ground and give the technology a try after obtaining detailed energy calculations and utility support. 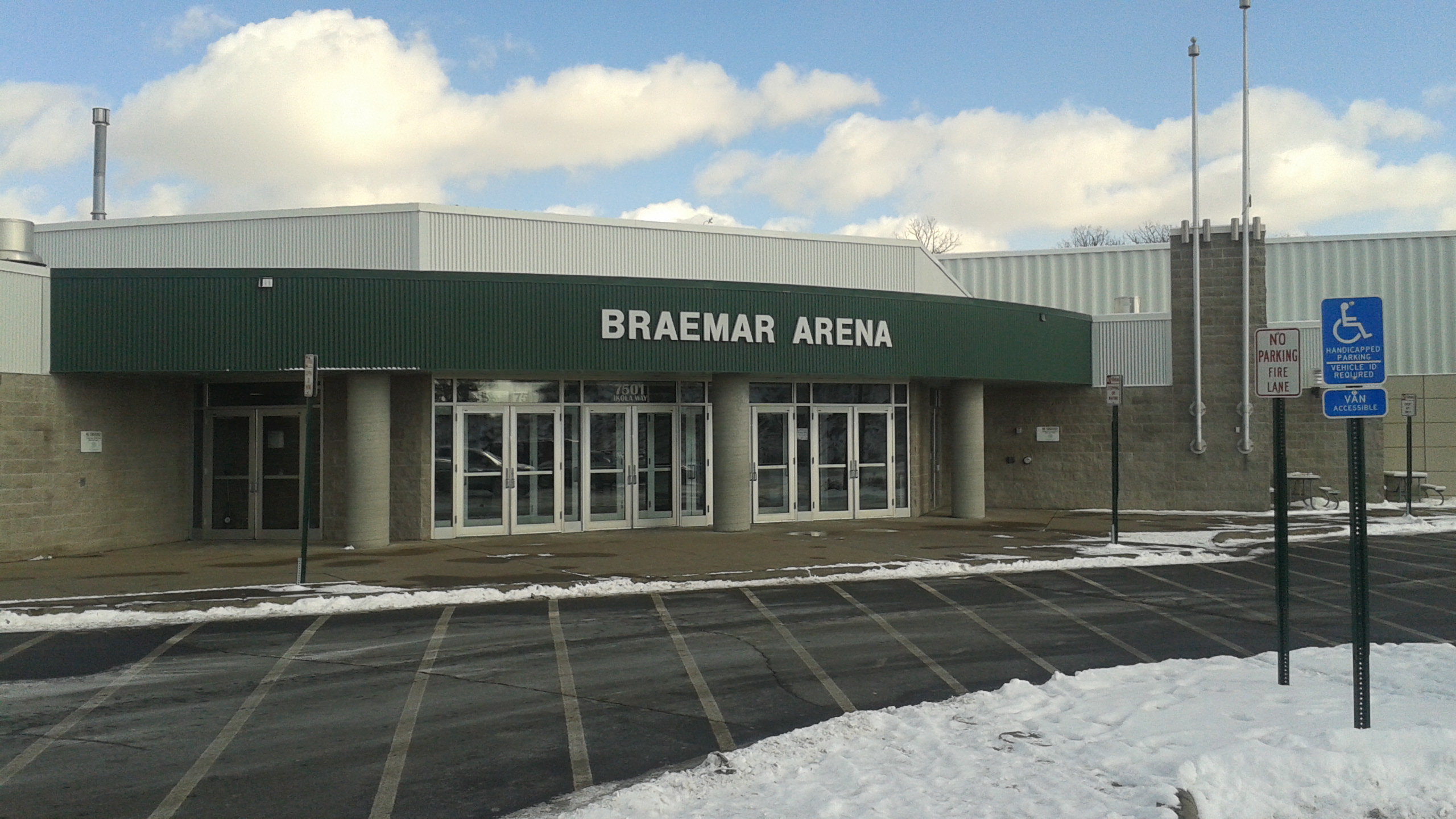 Edina, with three indoor refrigerated rinks at Braemar, installed a unit serving their two practice rinks in September of 2014.  Susie Miller, the general manager of the facility, told MHM that while the financial analysis has not been completed yet, early results appear to be as advertised.  With energy rebates and promised lower gas and electric costs, she is very optimistic about lowering her operating costs.  She also stressed that while reducing their energy costs was important for a facility as large as theirs, the quality of the new ice was more important to their customers, both their renowned hockey programs at all levels and the figure skating organizations.  So far, so good.  Reports on ice quality have been positive.  Hockey players and coaches, along with the figure skaters, are happy, and on Wednesday, Feb. 4, the technology was also installed at the main Braemar rink. 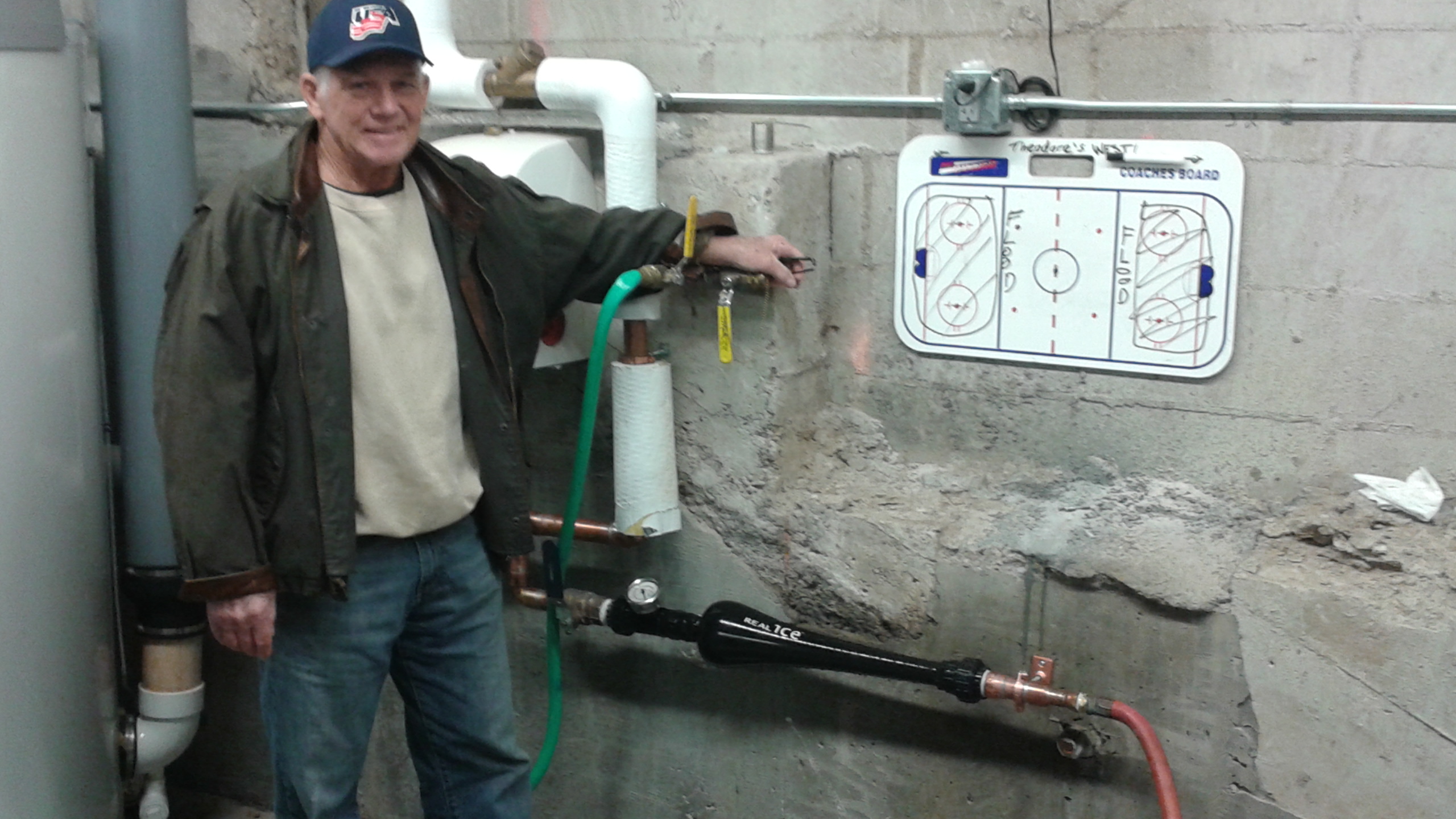 Lilyholm on hand during installation at Braemar’s main rink

At the National Sports Center Super Rink, the technology was just installed at two of the main Olympic size rinks (rinks 3 & 4) on Friday, Feb 6.  Their engineers plan to analyze the results and determine if/when they will install the REALICE technology in the other rinks.

Lilyholm told MHM that the REALICE technology awareness is gaining momentum.  It is the only resurfacing technology that U.S. gas and electric utilities feel confident enough to pay incentives.  A few operations on the East Coast are in the process of looking closely at installations soon.  He indicated that the results of the Edina and Blaine installs will go a long way to convince arenas across Minnesota and the U.S. to go “green”, reduce greenhouse gas emissions and significantly reduce the costs associated with providing indoor refrigerated ice.

For more info.  For more detailed information on the REALICE technology, you can go to their website here. 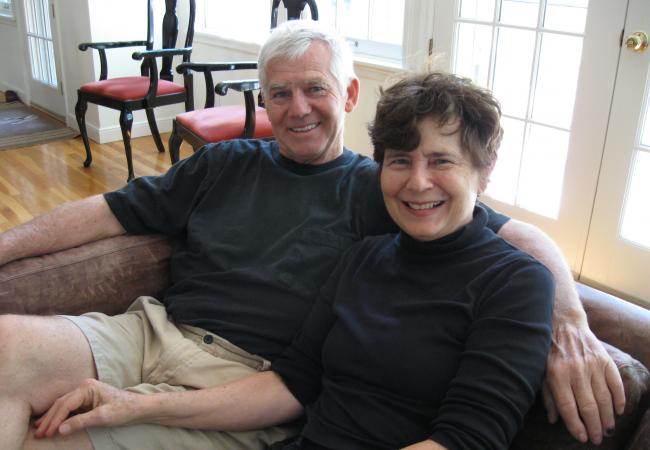 Len Lilyholm can be reached at:

About Cypress Ltd.  Cypress Ltd is a MN corporation headquarted in California that has served clients for more than 25 years as an energy advisory firm.  They provide efficiency and demand solutions for electric, gas and water utilities and their customers.  Their primary focus is on what is important to customers who want to realize cost-effective reductions in utility-related operational costs.  They work to demonstrate the advantages of energy efficiency and demand-saving technologies and behaviors.  You can learn more about Cypress Ltd here.