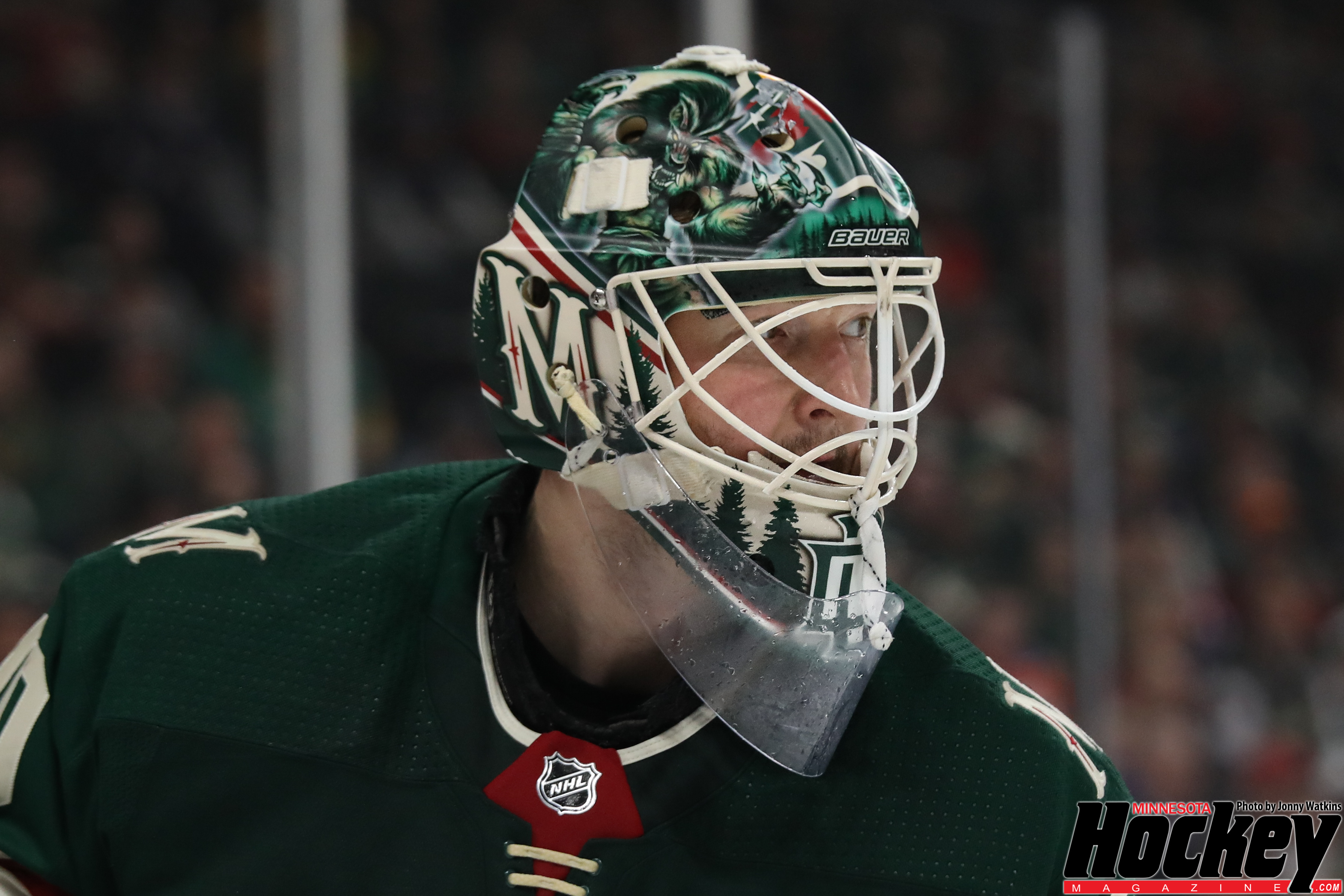 By the time Devan Dubnyk signed a deal with Arizona prior to the 2014-15 season, he had accepted his fate in the NHL. He was going to be a backup goaltender. He recalls being grateful to even still be in the league, going 9-5-2 with a 2.72 GAA in 19 games for the Coyotes that season.

The Minnesota Wild acquired Dubnyk in exchange for a third-round pick. It was a move that’s widely known as one of the best trades in franchise history. For Dubnyk, the move to Minnesota was one that he said changed his career and changed his life.

“I’ve talked about it before, it was kind of the perfect scenario coming in here,” Dubnyk said. “When I got traded here, it was just like bonus time. Every 60 minutes I got to play was a bonus.”

Once the deal was done, Dubnyk flew overnight to meet up with the Wild in Buffalo. Then he earned what teammate Zach Parise called “probably the easiest shutout of his life” with 18 saves in a 7-0 Wild victory over the Sabres, making him the first goalie in franchise history to record a shutout and win in his debut with the team. Dubnyk agreed with Parise’s sentiment, saying it wasn’t the most difficult game he’s played.

“We all took a deep breath,” Parise said. “I think things kind of turned around for us there.” 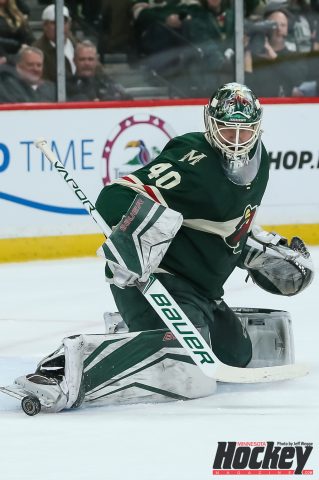 It was just the beginning of a great run for the Wild with Dubnyk as the main netminder; the team went 8-1-1 in his first 10 games, including a six-game winning streak. Dubnyk went 15-2-1 with three shutouts in 19 road starts, and 27-9-2 in 39 games with a 1.78 GAA and .936 save percentage with the Wild that year. The Wild tallied 100 points in a season for the first time since 2006-07 and made it to the second round of the Stanley Cup Playoffs. He won the 2015 Bill Masterton Memorial Trophy and finished third in Vezina Trophy voting.

Dubnyk is 151-85-23 with 21 shutouts in 267 games since coming over to the Wild and is signed through the 2020-21 season. Having the stability in Dubnyk the past few years is always good, according to Parise.

“We were actually laughing about it the other day in the training room, the one year we had Hards (Josh Harding), (Niklas) Backstrom, John Curry, Bryz (Ilya Bryzgalov)… and Darcy (Kuemper),” Parise said. “I mean, there were five.”

The Wild relied on Backstrom and Kuemper in net before the Dubnyk trade.

As much as the trade for Dubnyk may have helped out his individual career, it’s well documented how much spark it provided for the Wild. They were, as Parise put it, “treading water” at the time.

The now-32-year-old, 6 foot 6 goaltender has played extremely well for the Wild and is preparing for his third trip to the NHL All-Star Game in the past four years. He entered play Jan. 14 with a 17-15-3 record, .914 save percentage and 2.62 GAA, including a 32-save shutout in Montreal a week before.

“I feel every night he’s been the backbone of our team, you know?” said rookie forward Jordan Greenway, following a 3-2 home victory over Winnipeg on Jan. 10. “We depend on him a lot, and he was great again tonight.”

Wild coach Bruce Boudreau is known for juggling his lines mid-game when things aren’t going well for one reason or another. But at least the goaltender isn’t a position he has to worry about, with Dubnyk in net most of the time or a solid backup in Stalock. Goaltender is the most valuable position in the hockey world, according to Boudreau.

“When he’s focused and prepared and ready to go from the get-go, and he makes those first couple saves, he gets right into it,” Boudreau said.

Even with such a stellar run that followed when Dubnyk arrived under then-head coach Mike Yeo, Dubnyk said he was able to play in the moment. The crazy run they went on – with five and six-game winning streaks as part of the formula to make the playoffs – never felt crazy, Dubnyk said.

“Again, that’s kind of another part of that perfect storm… I was just excited to be starting again,” Dubnyk said.

Talking to Dubnyk, it seems like perhaps he found his confidence or love for the game again. Once he played two, three games in a row, he was back to wanting to be a starter again, he said. He came in with a “bonus-time” mindset and helped the team rattle off a couple games, which helped the Wild remember how good they were, according to Dubnyk.

“I was able to not think about the improbabilities of us going on a run and making the playoffs,” Dubnyk said. “I was just so excited to get an opportunity to be a starter again and to play well.”