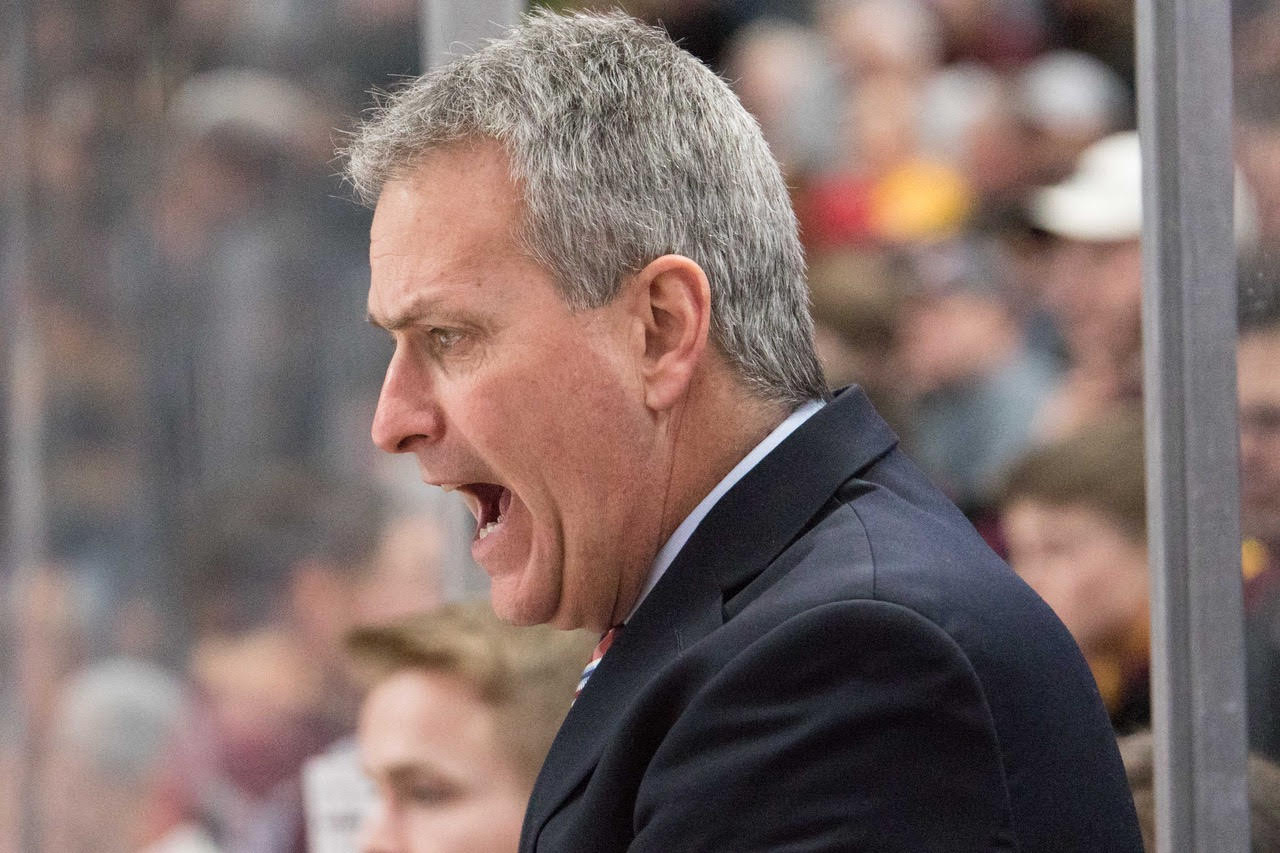 The University of Minnesota is looking for a men’s hockey coach after Don Lucia agreed with athletic director Mark Coyle to step down after 19 seasons, the university announced Tuesday.

Lucia, 59, had one season remaining on a contract that was scheduled to pay him $612,500 next season.

A native of Grand Rapids, Minn., who played hockey at Notre Dame University, Lucia has overseen a program with declining success both in wins-losses and gate receipts over  the past few years.

Home attendance was announced at 8,724 per game this season — more than 1,200 short of a sellout — and crowds frequently numbered fewer than that because of no-shows.

Lucia’s teams won NCAA championships in 2003 and 2004 and he posted a record of 457-248-73 at Minnesota, including 11 regular-season conference titles, four league playoff titles and five appearances in the NCAA Frozen Four.

This season, however, his team went 19-17-2, lost its final four Big Ten games to Penn State and was knocked out of the NCAA field because of the success of other teams after that.

Lucia issued the following statement through the University of Minnesota:

“I am proud of the 14 banners that have been added to the rafters of 3M Arena at Mariucci. I am forever grateful to all the coaches, staff and most importantly the players who have worked so hard to accomplish this over the years.

“Most importantly to me, we did it the right way. Our players all graduate and have always represented themselves to the high standards of Gopher hockey on and off the ice. It has been a tremendous honor and privilege to be the head hockey coach at the University of Minnesota.”

The big question is who will follow Lucia to try to resurrect a program that formerly was considered one of the best — if not the best — men’s hockey programs in the United States. Among the expected candidates will be Gophers assistants Mike Guentzel and Scott Bell and Northern Michigan coach Grant Potulny, all former players in the system.

Others such as former Gophers assistants Bob Motzko of St. Cloud State University and Mike Hastings of Minnesota State Mankato have been mentioned, although neither played for the Gophers.