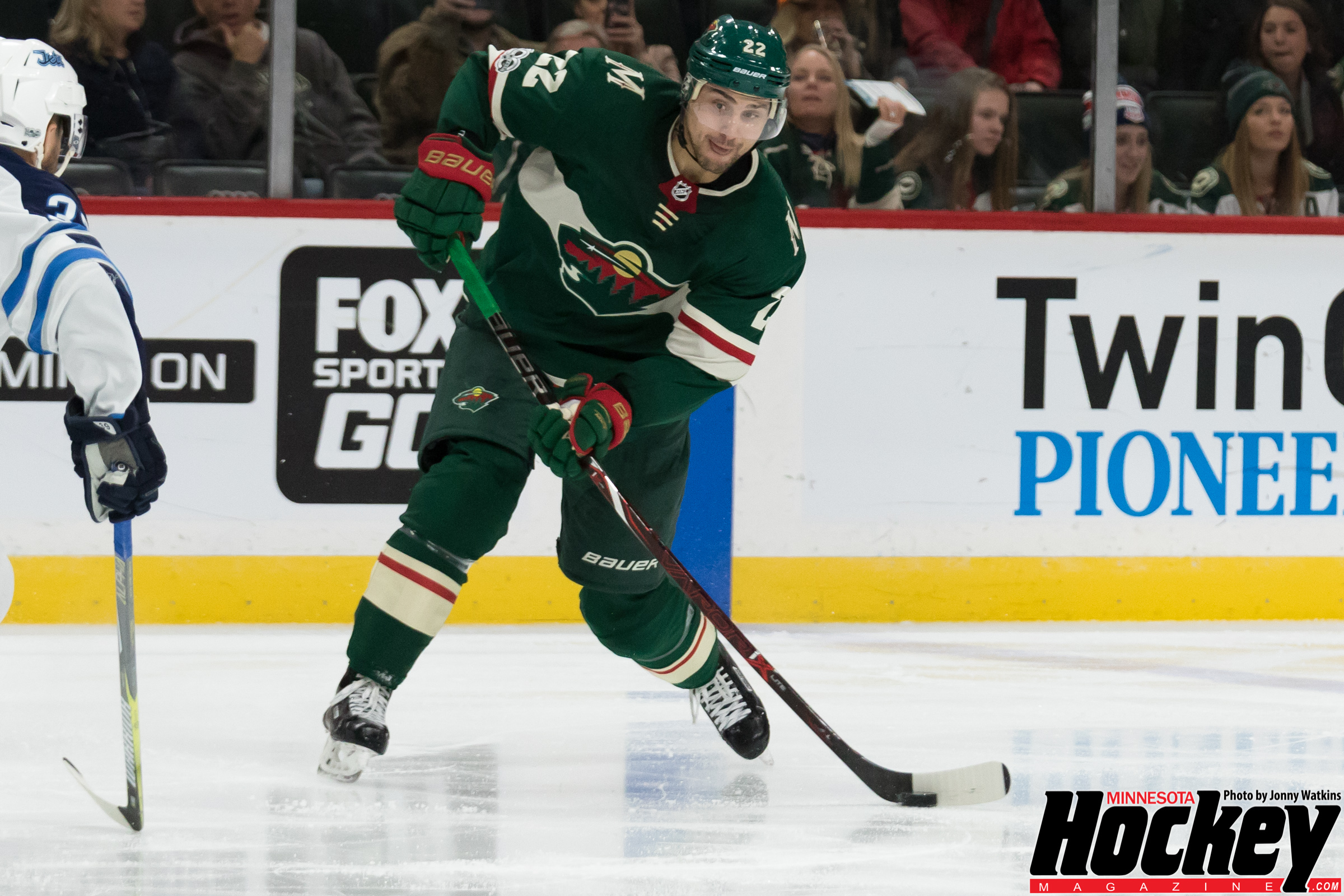 St. Paul – You have to wonder what the Wild will look like if they ever find their real game.

Through 22 games this season, Minnesota’s offense has relied basically on a three-pronged attack while the defense has alternated between spotty and acceptable.

Yet the Wild, after nipping the Colorado Avalanche 3-2 via shootout Friday at the Xcel Energy Center, raised their record to 11-8-3 and continued showing signs of doing exactly it takes to keep moving forward.

On the day after Thanksgiving, goals by Jason Zucker and Nino Niederreiter forged a 2-2 tie through regulation, and shootout goals by Charlie Coyle and Chris Stewart plus perfect goaltending by Alex Stalock combined for the victory.

Just business as usual, according to Capt. Mikko Koivu.

“You’re going to have those shifts or moments inside a game where the other team, they get momentum or get chances,” Koivu said. “You’ve just got to play defense and then try to get it back again.”

Minnesota’s blue line players — with the notable exceptions of steady Ryan Suter and Jared Spurgeon — have been hit and miss this season. That said, the forward line of Koivu, Mikael Granlund and Daniel Winnik demonstrated on Friday how to shut down one of the NHL’s top lines. Nathan MacKinnon, Gabriel Landeskog and Mikko Rantanen, who came to St. Paul with a combined 22 goals in 20 games, were hounded by the Wild trio all afternoon and finished with six shots and just one assist.

Coach Bruce Boudreau said that was exactly the plan going into the game.

“All three of those guys are very good defensively,” Boudreau said. “It was on the board that we were going to do a hard match against those guys. They take that to heart and they did a really good job against them.”

Offense, as usual, came from Zucker (a team-leading 12 goals) and Niederreiter (nine goals including seven in his past six games). Staal with seven goals and 13 assists, has been the other force on offense.

Koivu and Suter each contributed 11 assists through 22 games, but 28 of Minnesota’s first 67 goals came from Zucker, Niederreiter and Staal.

Both Boudreau and Koivu said that’s of little consequence. Other guys will pick up the slack, Koivu pointed out, and after he had six shots on goal Friday, don’t be surprised if he’s one of those other guys.

The Wild — still missing forward Zach Parise because of back surgery, are making this a community effort this season.

It seems to be working.

‘Every game I think we’ve played this year has been a nail-biter,” Boudreau said. “If we’re not competing, we’re going to struggle.” However, he added, tight games “get you ready.”