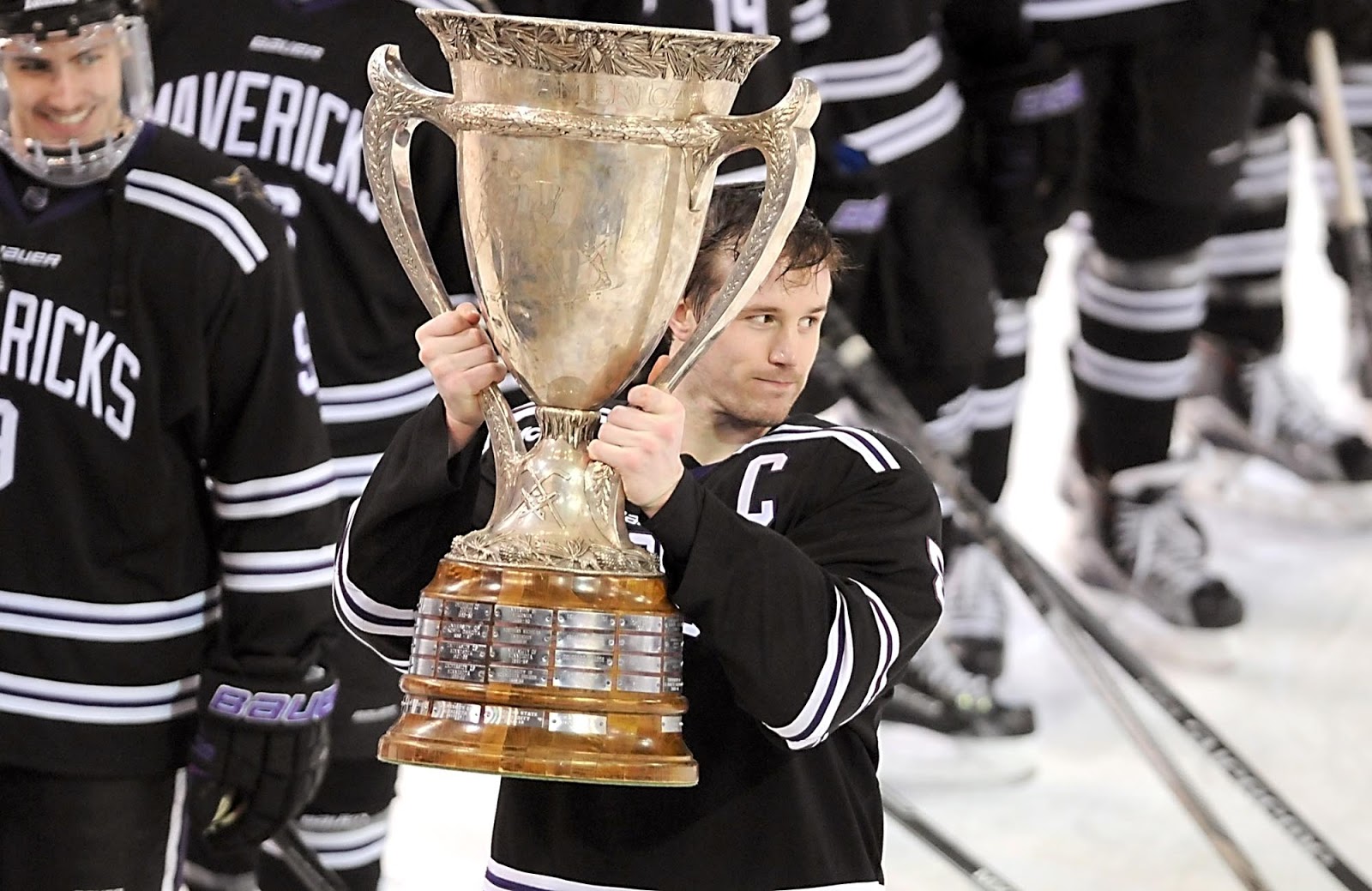 MANKATO — Not long ago, a No. 2 seed in the WCHA playoffs and a share of the MacNaughton Cup would have been hailed as a miracle season for Minnesota State.

But following a 1-0 loss to Bemidji State on Saturday night, a result that knocked it from the league’s top playoff seeding, there was a hint of disappointment around the Verizon Wireless Center.

That’s what happens when a culture has been changed.

MSU rolled to a 6-1 win over the Beavers here on Friday night, securing at least a share of the regular season championship for the second consecutive season.

The Mavericks will need to win their third consecutive Broadmoor Trophy if they hope to reach the NCAA Tournament for a fourth-straight season.

Anything less would constitute a down season.

“We’re at a point here where we are expected to compete for championships,” said fourth-year coach Mike Hastings, largely responsible for the raised expectations.

Since the WCHA rebooted before the 2013-14, the league has handed out a trophy five times. Minnesota State has been on the receiving end of that presentation on four occasions.

“It’s just the beginning,” Mavericks senior forward Bryce Gervais said. “You see with the rink, but what Coach Hastings, Coach [Todd] Knott and Coach [Darren] Blue have done… things are just going to get better and better.”

A $4 million-renovation of the Verizon Wireless Center is just one part of what Minnesota State has become during the Hastings era, which is nearing the end of its fourth season.

Gervais said alumni are more engaged in the program and have been pouring cash into the arena project, as evidenced by the $100,000 gift from David Backes of the St. Louis Blues for a world-class weight room just steps from the brand new locker room.

Fans have also been flocking to the arena. Attendance on Saturday night was 5,052, the 15th-largest crowd in school history, despite the fact that students are on spring break.

The university has also shown more of a willingness to provide the program with amenities that the previous regime wasn’t afforded. Much of that effort is because of pressure from Hastings, considered one of the top up-and-coming coaches in the country.

Of course, it’s easy to ask for — and receive — such help when the program is successful on the ice. And in that regard, MSU is experiencing its most successful stretch in its history.

Two victories over Lake Superior State in the first round of the WCHA playoffs next weekend would mark four-straight 20-win seasons, something that has never been done in the Division I era.

It’s tough for seniors on this year’s team to imagine it being any other way. But championships and banners were not common in Mankato prior to this year’s senior class.

Gervais relayed a story of when he was a freshman and then-senior Eriah Hayes told him something that he’s remembered to this day.

“He told me [hiring Hastings] was the best thing to ever happen to Maverick hockey,” Gervais recalled. “He said back in the day, they weren’t always fully committed. That’s the thing you’re going to get with Hastings. You gotta be completely committed if you want to be a part of this program. And obviously, it shows.”

Next fall, Minnesota State will hang at least one more banner in the rafters of the Verizon Wireless Center. It’s come as a result of a shift in culture, one that Hastings said the program is still trying to perfect.

“[The players] have continued to elevate on what the expectations are. I’m incredibly appreciative of that,” Hastings said. “I’m proud to say I have the opportunity to coach this program.”