Mavericks hope 2020 is their time to shine 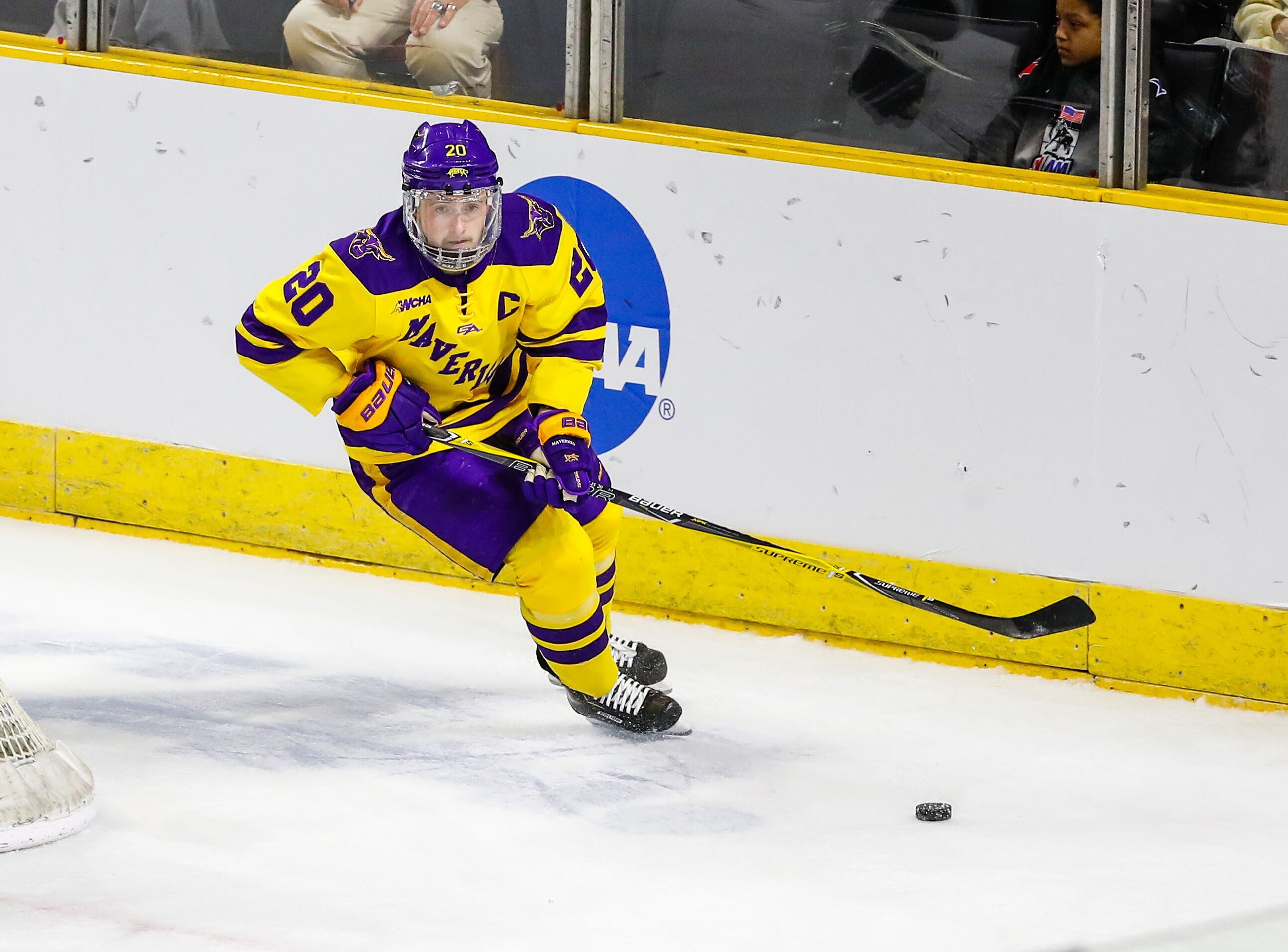 Minnesota State senior forward, and returning captain, Marc Michaelis has his sights set on leading the Mavericks over the NCAA regional hump and into the Frozen Four in 2019-20. (Photo courtesy of Minnesota State University Athletics)

The Minnesota State Mavericks have had their hearts broken just about every way imaginable over the years.

In 2015, MSU was the top overall seed in the NCAA Tournament and saw its season end in the first round on a goal that, by the letter of the law, shouldn’t have counted.

Three years later, the Mavericks jumped in front by a pair of goals early and watched their opponent slowly claw back, drawing even in the final period before winning in overtime.

That opponent would go on to win the NCAA title.

Last season, in a hostile environment, MSU took a three-goal lead — and very a nearly a four-goal lead — before watching that advantage wither away in a blink in an eventual 6-3 loss. 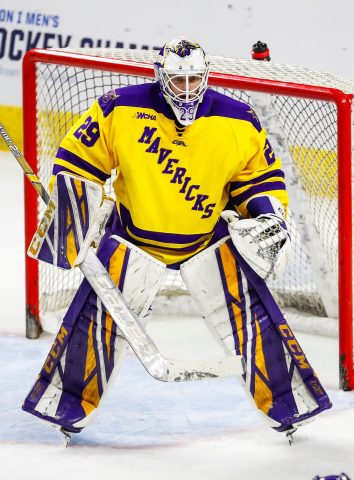 It hasn’t mattered much the circumstance or the quality of opponent, Minnesota State has known only losing when it comes to the NCAA Tournament. And for a program that has won more games than any other in college hockey since Mike Hastings became head coach in 2012, winning games in the NCAAs is really the only measuring stick that matters anymore.

They’ve also reached the NCAA Tournament four times during that span, more than any other team in the conference.

Unfortunately for MSU, the Mavericks are 0-4 once there. And of all the heartbreaking losses once there, last season may have the most staying power.

Minnesota’s State’s 32 victories were a program record. Just a week prior, a miracle comeback in the final minute of the WCHA Championship game allowed MSU to raise yet another banner.

It was almost as though they were a team of destiny.

But placement in the Providence, Rhode Island regional — and a game against Providence College — would be a challenge. An early three-goal lead seemed to put those worries to bed. An apparent fourth goal was waved off for offsides, and from that point on, the game changed.

Providence scored the next six goals and would go on to reach the Frozen Four by winning the following afternoon.

The job of leading the Mavericks to new heights will fall largely on the shoulders of senior captain Marc Michaelis. A native of Mannheim, Germany, Michaelis is one of the top returning players in the country. The WCHA’s Preseason Player of the Year was also named to the All-College Hockey News first team nationally.

Michaelis has been a model of consistency over the years for the Mavericks, scoring between 36 and 42 points in each of his first three years on campus.

He led the team in both goals and points a year ago and could be a darkhorse candidate for the Hobey Baker Award.

Michaelis, who wore the ‘C’ for MSU last season as a junior, will do so again after being named co-captain, along with fellow senior Nick Rivera.

Perhaps no contender in the country had a better offseason than MSU. The Mavericks lost one regular contributor off last year’s team, where former captain Max Coatta will be missed more off the ice. His eight goals and 15 points should be easily replaceable.

Coatta ranked 14th on the Mavericks in scoring last season. The 13 players in front of him all return, as do the next eight behind him.

In this day and age of college hockey, it’s a remarkable statistic: the Mavericks return 20 of their top returning 21 scorers.

Also back is sophomore goaltender Dryden McKay, who was CHN’s Freshman of the Year nationally after posting a 24-7-2 record to go with a 1.76 goals-against average and a .927 save percentage. 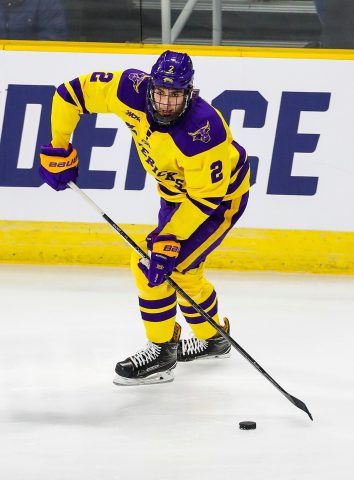 Up front, the Mavericks bring in a player with another familiar surname to college hockey fans in Minnesota, Ryan Sandelin. The son of Minnesota Duluth head coach Scott Sandelin, Ryan stands 6-foot and 192 points and is coming off a 31-goal season with Penticton last year.

Also added to the mix is forward Nathan Smith, a third-round pick of the Winnipeg Jets in 2018 who hails from Hudson, Florida. Smith led Cedar Rapids of the USHL with 53 points in 59 games last season and had 47 points in 51 games the year prior.

On defense, the Mavericks are buoyed by the return of Connor Mackey, a junior who had plenty of NHL options following last season. Mackey led Maverick blueliners in goals (seven) and was tied with Ian Scheid in points (25). Scheid returns for his senior campaign as well.

Edwin Hookenson, Jack McNeely, Riese Zmolek and Wyatt Aamodt all return having played at least 36 games last season, with Hookenson and McNeely having played in all 42.

All the pieces seem to be in place for the Mavericks this season, leaving just one box left to be checked. And while an NCAA Tournament win would be one giant monkey off the back of the program, there’s no reason why MSU shouldn’t aim significantly higher than that in 2020.