After lean times Minnesota State is rounding the corner 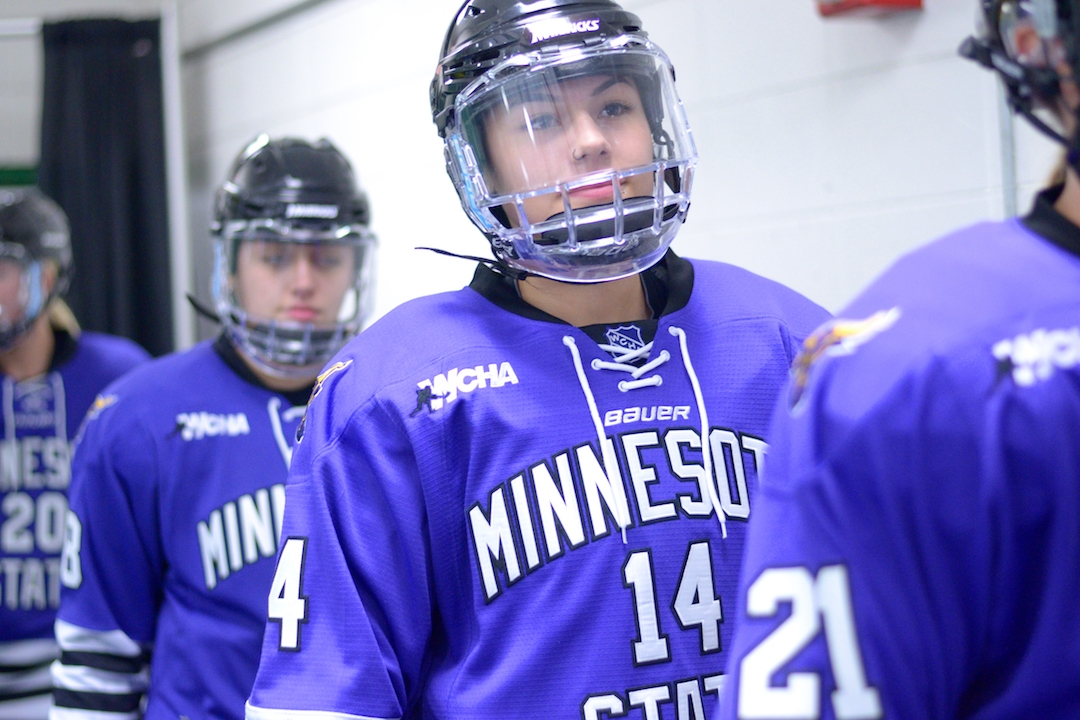 After lean times Minnesota State is rounding the corner

EDINA — Through the first half of the first semester, Minnesota State was predictably near the bottom of the WCHA. They swept a non-conference series against RIT and tied St. Cloud State. Otherwise, it was a loss-filled start to the season that saw them go 0-10-1 through their first 11 conference matches.

But then something happened.

The Mavericks started rounding the corner. Since that rough start, they’ve gone 3-2-0 in-conference and 4-4-1 overall. And it hasn’t been easy. They had to beat a resurgent Ohio Sate, a defensively sound Bemidji State, and the nationally-ranked Minnesota Duluth Bulldogs. 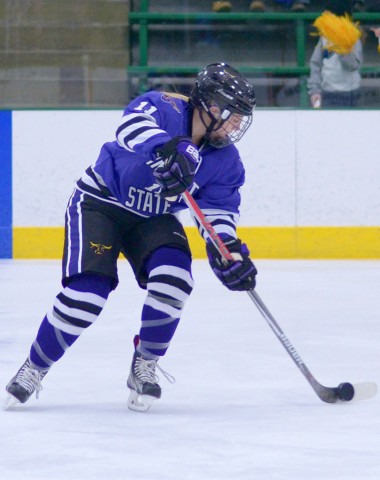 Most recently, they returned from the midseason break and gave the Gophers a run for their money in the woefully named U.S. Hockey Hall of Fame Museum Women’s Face-Off Classic at Edina’s Braemar Arena. The Mavericks outshot the Gophers in the first period and closed the gap to 4-3 in the third when Corbin Boyd scored her second of the game (and season) with just 57 seconds remaining.

“I think we’ve gotten better and we’ve gained some confidence by those wins and it has made us a better team,” said second-year coach John Harrington after the game. “It’s such a big thing to have the confidence that you can win hockey games.”

Their success is one of the big variables as the second half kicks off. With wins against tough competition logged, could their continued success shake up the middle of the WCHA standings?

It may just be three conference wins, but don’t underestimate how significant that is. They didn’t win a single in-conference game last season. To find the last time the Mavericks beat a WCHA opponent you have to track back to the 2014-15 season and a Feb. 2 game against St. Cloud.

“I think it’s our experience,” Harrington said. “Last year, we only had one senior. We had 21 freshmen and sophomores. I think the one thing is just having that year under our belt, where we’re familiar with the league. We still only have three seniors on our team. We’re still a young team.

He may be underselling just how reliant they are on the team’s youth. Though their senior class includes goaltender Brianna Quade — who Harrington calls “the backbone” of the team — there is reason to believe their recent success matters.

Last year’s team included just four total upperclassmen. Of their 24 players this season, seven are juniors, eight are sophomores, and six are freshmen.

And it’s not just the raw numbers. The production is coming from their youth as well. Four of their top seven scorers are sophomores, including Emily Antony, who leads the team in goals (5) and points (12), as well as Boyd, who shares the team lead with Antony for assists (7). There isn’t a single senior in those top seven.

And having just three seniors is itself a rarity. Inside the WCHA, only Ohio State has fewer. After that, it’s UMD with five and the Gophers and Badgers with six each. The Mavericks are a young team and they’re getting key contributions on both offense and defense from young skaters.

“They compete real hard. They’re fast,” said Minnesota coach Brad Frost after the Gophers’ 5-3 win at the Hall of Fame Game. “They’re improving. You can see why they beat Duluth and you can see why they’ve gotten some conference wins this year.”

Nonetheless, the Mavericks are goal starved. Carrying an underwhelming 5.3 shooting percentage, they’re averaging just 1.27 goals per game, down from last year’s 1.52. But the defense is notably improved. They’re allowing just 3.14 goals against per game, which is the school’s lowest mark since the 2013-14 season when Danielle Butters (.924 save percentage in 30 games) and Erin Krichiver (.943 save percentage in eight games) made a huge difference in net.

Even more importantly, they’re not allowing as many shots to opponents. Last season they allowed 34.75 shots against per game, which was their best mark since prior to the 2012-13 season. This year, they’ve tamped that down to 29.75.

“They come at you hard on the forecheck with two and in their d-zone, it seems like they’re always on you,” said Frost. “It doesn’t maybe look as structured, but you just don’t have a lot of time and space with the puck. They do a nice job.”

Minnesota State might not be challenging for the national championship, but they’ve made some major strides. It’s starting to show up in the standings and in their underlying numbers.

With a team sporting 14 sophomores and freshmen, and only three seniors, they’re a team that could become a frustrating presence for the top dogs in years to come.