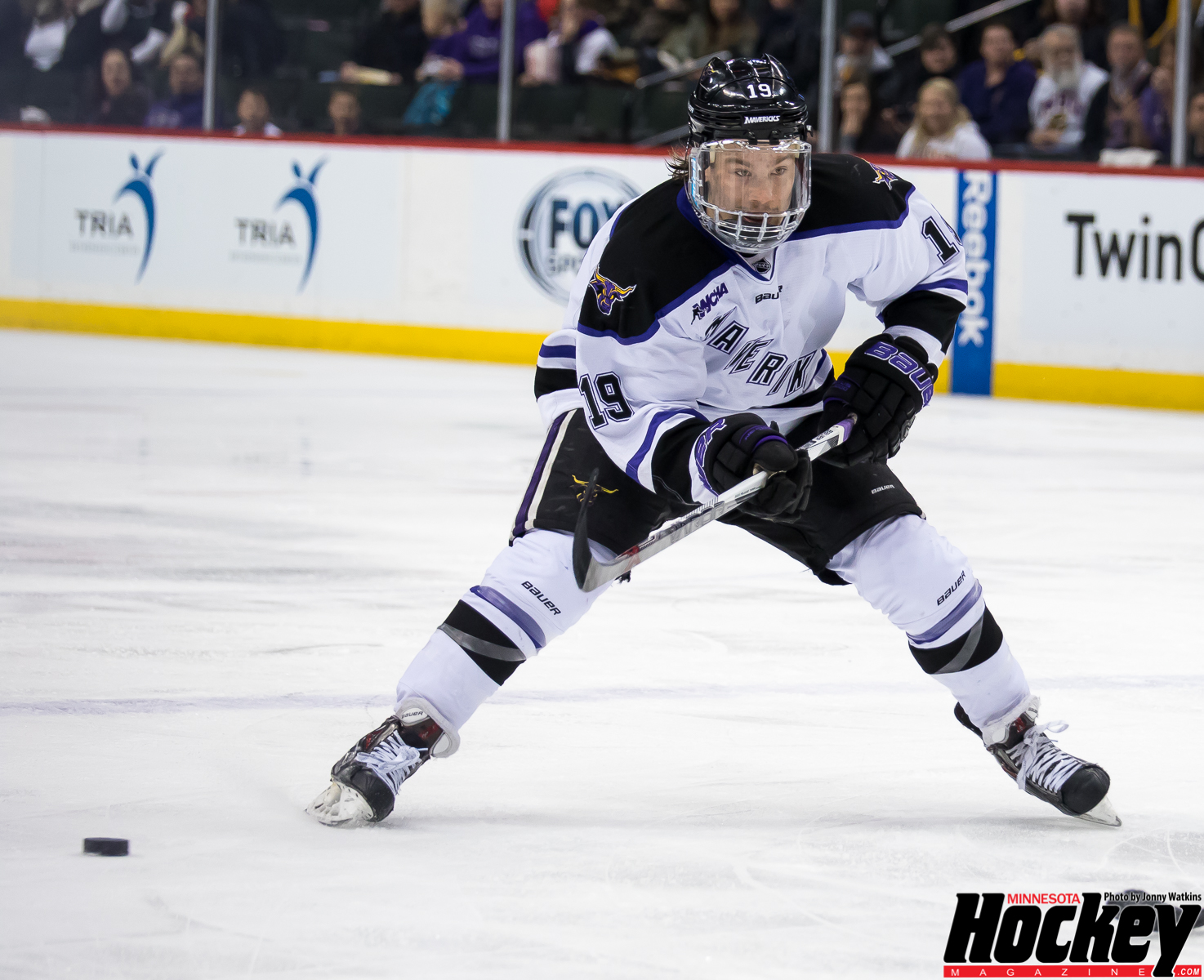 St. Paul — Minnesota State had traditionally taken the ice at the Xcel Energy Center as the underdog.

Three losses between the 2003 and 2013 Final Fives, a regular season loss to Minnesota in 2008 and a pair of losses at the first North Star College Cup in 2014 put the Mavericks at 0-7 all-time in the building.

But MSU is the team with the target on its back this season when it’s played at the ‘X’, getting by the Gophers before it was upset by Bemidji State at the College Cup in January.

Yes, the times have changed and the Mavericks are undoubtedly the favorite at this weekend’s WCHA Final Five.

They skated past Ferris State 4-0 in the semifinals Friday night at the Xcel Energy Center.

“Every time we played Ferris State this year, it’s been a really tight game and we had some things work out for us,” MSU coach Mike Hastings said.

Williams made 25 saves in his fifth shutout of the season and McClure scored two goals with an assist.

The Mavericks will face Michigan Tech in the championship game at 6 p.m. Saturday at the Xcel Energy Center.

They’ll go for their second-straight postseason championship and hope to improve their all-time record at the ‘X’ to 3-8.

But what matters isn’t the past, it’s now, and MSU is the top-ranked team heading into the final day of conference tournaments with the NCAA Tournament field finalized Sunday morning.

“The No. 1 seed will be figured out tomorrow night,” Hastings said. “I have a lot of respect for what’s facing us tomorrow night. Michigan Tech is as good as any team in the country.”

MSU got on the board at the 12:24 mark of the first period when McClure grabbed a loose puck behind the Ferris State net.

The freshman brought the puck to the bottom of the left circle, turned around and ripped a shot to the far post past Bulldogs goaltender CJ Motte.

“I put some pressure on their D-men and got the puck on my stick,” McClure said. “I pushed it to the slot and threw it on net.”

Williams faced three shots in the first period, but the Bulldogs started to ramp it up after the first intermission, forcing MSU’s junior goalie to make some big saves.

“The defense made my life easier blocking shots,” Williams said. “When you see guys sacrificing the body, it’s extra motivation.”

McClure’s second goal came in the late in the second period when he tipped a Casey Nelson shot from the point that made its way through Motte’s pads.

“When Casey gets the puck, he’s looking to put it to the net and that’s when good things happen,” McClure said. “I was just trying to get some traffic and luckily, the puck went off my shin pad. It was a lucky bounce, but it was good to get that goal.”

Three minutes later with 1:44 left in the period, McClure made the pass to set up CJ Franklin’s eighth goal of the season.

McClure made a move at the blue line before he slid the puck to Franklin, who made a couple of shoulder fakes and sniped the puck over Motte’s left shoulder.

Bryce Gervais added the empty-netter for the Mavericks with 2:03 left in the third period.

Gervais’ goal was the only one not scored by a freshman, for what it’s worth, those freshmen aren’t familiar with the heartache of past defeats at the ‘X’.

“Brad and CJ have been thrust into our lineup since Day 1,” Hastings said. “They came in prepared to play college hockey and they haven’t played like freshmen.”