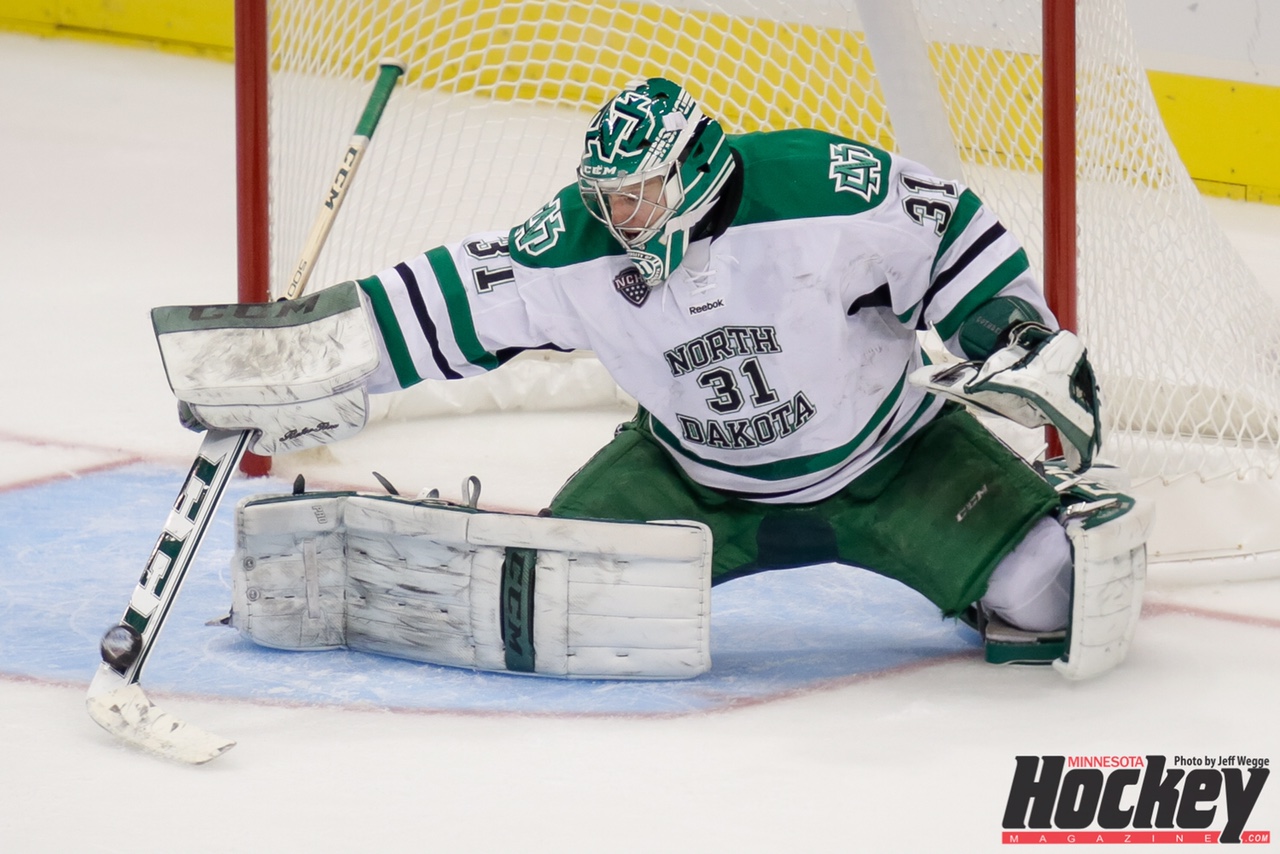 North Dakota junior goaltender Zane McIntyre of Thief River Falls, Minn. has been chosen as one of three finalists for the 2015 Hobey Baker Memorial Award given annually to the top player in NCAA Division I men’s hockey. The winner among McIntyre and fellow finalists Jack Eichel of Boston University and Harvard’s Jimmy Vesey will be announced Friday, April 10, 2015 from Matthews Arena in Boston, Mass. during the NCAA Frozen Four.

McIntyre was also previously named one of five national finalists for the 2015 Mike Richter Award as the top goaltender in NCAA Division I men’s hockey.

Already North Dakota’s all-time leader in career goals against average and save percentage, McIntyre started all but one of his team’s 41 games this season in compiling a 29-9-3 record and leading UND to a second straight Frozen Four. His 29 wins lead the nation while his 2.00 goals against average and .931 save percentage rank 11th and 6th, respectively.