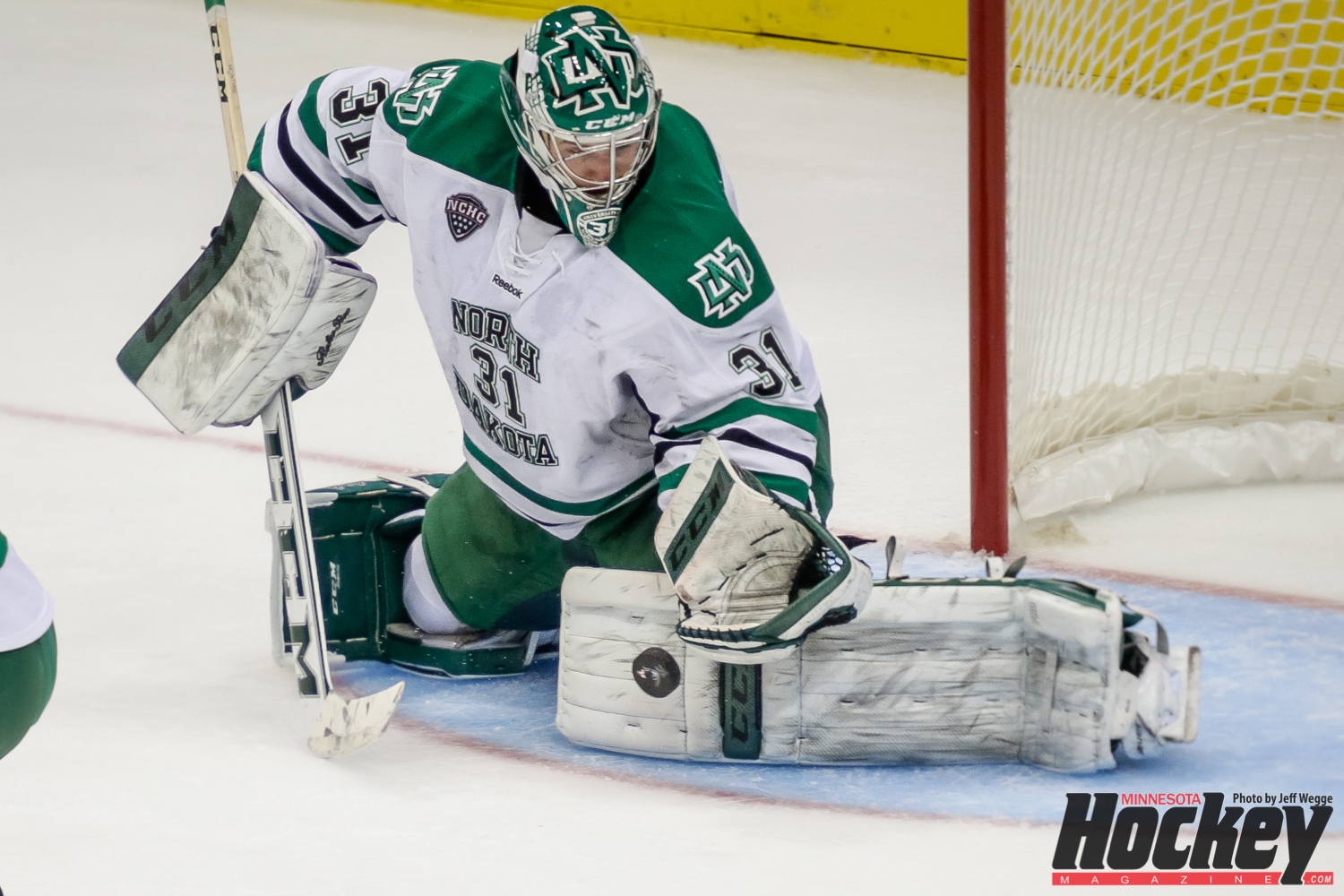 North Dakota junior goaltender Zane McIntyre of Thief River Falls, Minn. was chosen as the recipient of the 2015 Mike Richter Award given annually to the most outstanding goalie in NCAA Division I men’s hockey. Richter, a 2008 U.S. Hockey Hall of Fame inductee, was on hand this morning at Boston’s TD Garden to present the award to McIntyre.

Richter starred at Wisconsin before spending 14 seasons with the National Hockey League’s New York Rangers, leading the franchise to a Stanley Cup championship in 1994.

Candidates for the award are chosen based on the following criteria:

McIntyre is also one of three finalists, along with Boston University’s Jack Eichel of and Harvard’s Jimmy Vesey for the 2015 Hobey Baker Memorial Award given annually to the top player in NCAA Division I men’s hockey. That announcement will come later today

Already North Dakota’s all-time leader in career goals against average and save percentage, McIntyre started all but one of his team’s 42 games this season in compiling a 29-10-3 record and leading UND to a second straight Frozen Four. His 29 wins led the nation while his.929 save percentage and winning percentage (.726) rank 12th and 5th, respectively.