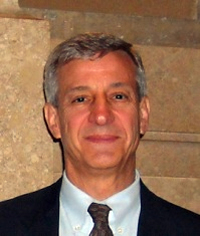 Bill Rossini is the Associate Publisher for the Adult/Senior Edition of Minnesota Hockey Magazine. He brings many years of hockey and business experience to our team, and you’ll oftentimes see him on skates! This past March, he won two Minnesota USA National Championships just one week apart on two different teams – both teams, of which, have won 60+ titles! And, earlier this month, he played on another over-60 team that went 4-0 in the World Championships that were held in Zell Am See Austria.  Bill is a humble guy and a great team player. He will be a great spokesman for the adult hockey section.

Bill attended St. Mary’s University of Minnesota, earned a degree in Math and played four years of varsity hockey.  He also played in the USHL for one season in Calumet, Mich., and continued to play competitive hockey for another 11 years with a Senior-A hockey club. Professionally, he’s accumulated 33+ years in various IT functional management positions and is currently employed as an independent IT contractor and also serves as a Business Advisor.

Welcome to the MHM team, Bill, we’re happy to have you on board!