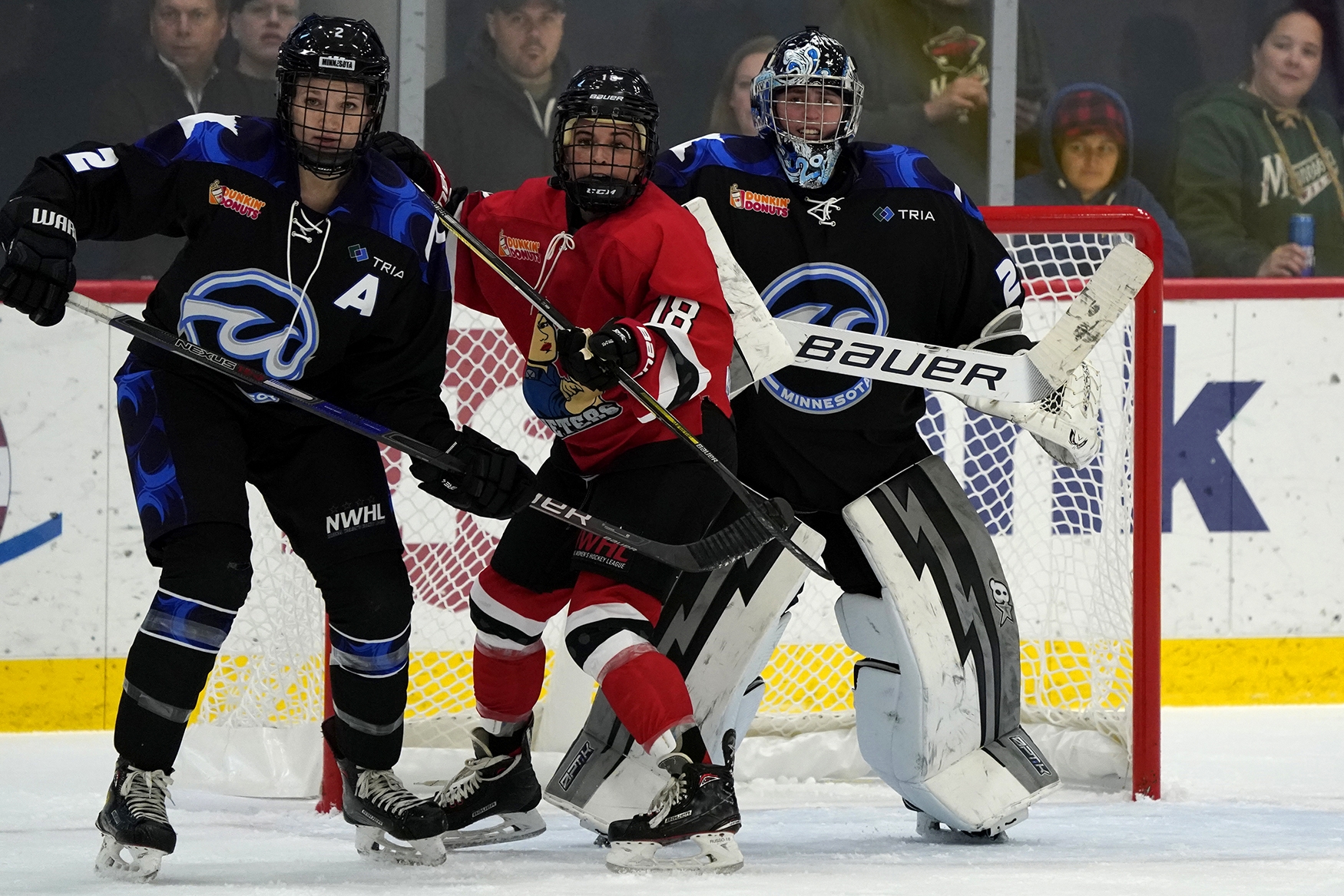 There’s nothing else like it in the U.S. The National Women’s Hockey League (NWHL), now in its fourth season of operations, has brought professional women’s hockey to the States. Players are finally getting paid. (Though, there’s room for growth.) Fans can finally watch top talent play post-collegiate hockey outside of annual international tournaments. And Minnesota is finally getting a team.

The league’s first three seasons featured four east coast teams, loads of Olympic talent, passionate fans, and lots of Minnesotans wondering when the State of Hockey would get a team. But, now, the Whitecaps have arrived in the NWHL Minnesotans have taken up the cause in droves. On the team’s season-opening shutout of the Metropolitan Riveters on October 6, the team was met by a rowdy sell-out crowd carrying signs and lining up to don Whitecaps sweatshirts and shirseys.

While the team is new to the NWHL, it’s far from a new organization. However, the team isn’t exactly new. The Whitecaps have been an outstanding training ground for Midwestern players since 2004, playing for years in the now-defunct Wester Women’s Hockey League (WWHL) and against Canadian Women’s Hockey League (CWHL) teams. But the team has been without a league since 2011. Though it has carried National Team talent like Hannah Brandt, Stephanie Anderson, and the Lamoureux twins, its seasons have been limited to practices and scattered exhibition games against high school, collegiate and, occasionally, NWHL teams.

Now, the team joins the NWHL with a refurbished roster, salaries, and a boatload of reasons for fans to head to St. Paul’s Tria Rink throughout the 16-game season. Though the season is young, people have already been showing up. The Whitecaps sold out the first two games and shocked the NWHL’s reigning champions with 4-0 and 3-1 wins.

While some may predict the Whitecaps to sit outside the championship game in the team’s inaugural NWHL season, Minnesota is not a team to sleep on.

Logistically, the team will face challenges. They only play back-to-backs because of the travel involved in being the only team not on the east coast. Moreover, every back-to-back has them playing in different rinks each night. That could make for tough games on the back-end since most of the roster is holding down a full-time job during the week. (NWHL salaries are part-time salaries.)

There are also schedule oddities other teams aren’t dealing with, like not playing a single league game from January 20 through March 2, when the Whitecaps start their season-closing series on the road. That could be a real disadvantage heading into the playoffs.

On the ice, the biggest question the Whitecaps face is how their depth will measure-up against the league’s established teams. Each of the other four rosters faces turnover year-to-year because all NWHL contracts are for one year. Nonetheless, teams frequently retain some core players and coaches.

That’s not to say the Whitecaps enter the season without any chemistry. There are 16 players who have been with the Whitecaps before, and many of the players skated together in college. The roster features 19 Minnesotans and 17 former WCHA players. Though, only one skater has previously played in the NWHL. 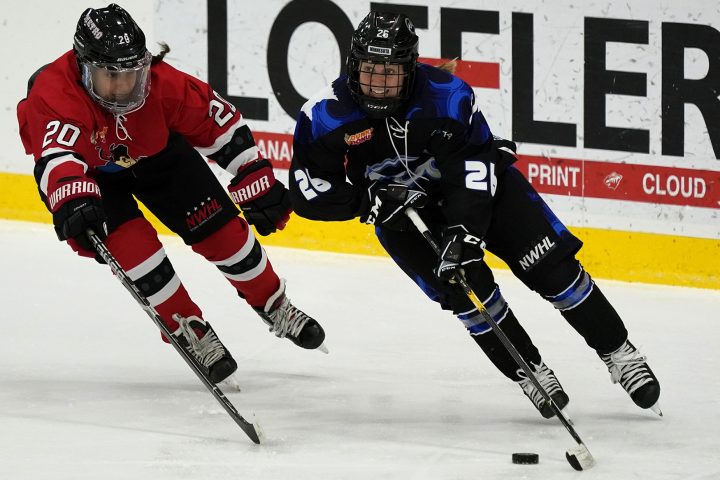 The team is headlined by Olympic stars Lee Stecklein, Kendall Coyne Schofield, and Brandt. However, what might slip under the radar is the kind of talent the team will get from top collegiate skaters who haven’t been in the spotlight of the National Team or the NWHL yet. Those forwards include former Gopher Kate Schipper, former Bulldog Katie McGovern, former North Dakota standout Amy Menke, and veteran speedster Allie Thunstrom.

The lines are far from set in stone, but the Whitecaps opened the season with a top line featuring Brandt at center, flanked by Coyne Schofield and Schipper. It’s a fast line that has already shown great chemistry. It’s not hard to see this being one of the toughest lines to play against in the league, especially when Stecklein and Amanda Boulier are paired up behind them.

In net, the Whitecaps landed a pair of former NWHL goaltenders, including former two-time NCAA National Champion with the Gophers and 2018 NWHL Goaltender of the Year Amanda Leveille. Likely to share time with her is Sydney Rossman, who skated with the Connecticut Whale last year and is just one year removed from an impressive career at Quinnipiac. Last season, Rossman posted an .885 save percentage in 16 starts, but she was backstopping a team that struggled throughout the season en route to a 3-11-2 record. Former St. Cloud netminder Julie Friend is also on the roster.

Boston Pride: The Pride has outstanding goaltending between former NWHL Goaltender of the Year Brittany Ott and Boston College standout Katie Burt. The blueline is led by Warroad’s Gigi Marvin. Up front, Boston has dangerous forward threats like Haley Skarupa, Amanda Pelkey, and Jillian Dempsey. The team should be better than its 4-8-4 record last season, in no small part because of Burt. The team struggled to keep pucks out of the net when Ott wasn’t between the pipes.

Buffalo Beauts: The big get for the Beauts — owned by Pegula Sports, which also owns the Sabres, Bills, and Rochester Americans — may be U.S. National Team goaltender Nicole Hensley and legendary Canadian netminder Shannon Szabados. They’re also carrying plenty of offensive in Julianna Iafallo, Kelly Babstock, and former Gopher Dani Cameranesi. However, the big threat in Buffalo is a deep blueline, led by Emily Pfalzer with Lisa Chesson, Jordyn Burns, and the underrated Blake Bolden.

Connecticut Whale: The only of the original four teams without an Isobel Cup looks like one of the weaker teams again this year. Yet, there’s plenty of talent and faces Minnesotans will recognize, like former Bulldogs forwards Michelle Löwenhielm and Katerina Mrázová. It’ll still be tough sledding for the Whale this year.

Metropolitan Riveters: Their partnership with the New Jersey Devils may serve as a blueprint for the partnership between the Wild and Whitecaps. (Both NWHL teams play in the practice facility of their NHL partner.) It’s served the Riveters well. They enter the season as the reigning Isobel Cup champions. The Rivs return players from last year’s squad, as well as Olympian Amanda Kessel, who played with the Riveters the season prior.

The team also carries a loaded blueline with Kelsey Koelzer, Michelle Picard, Kiira Dosdall, and former Badger Jenny Ryan. But there’s plenty of offense in long-time Riveter Madison Packer, Erika Lawler, Rebecca Russo, Miye D’Oench and others. Along with the Beauts, the Riveters are the team to beat.