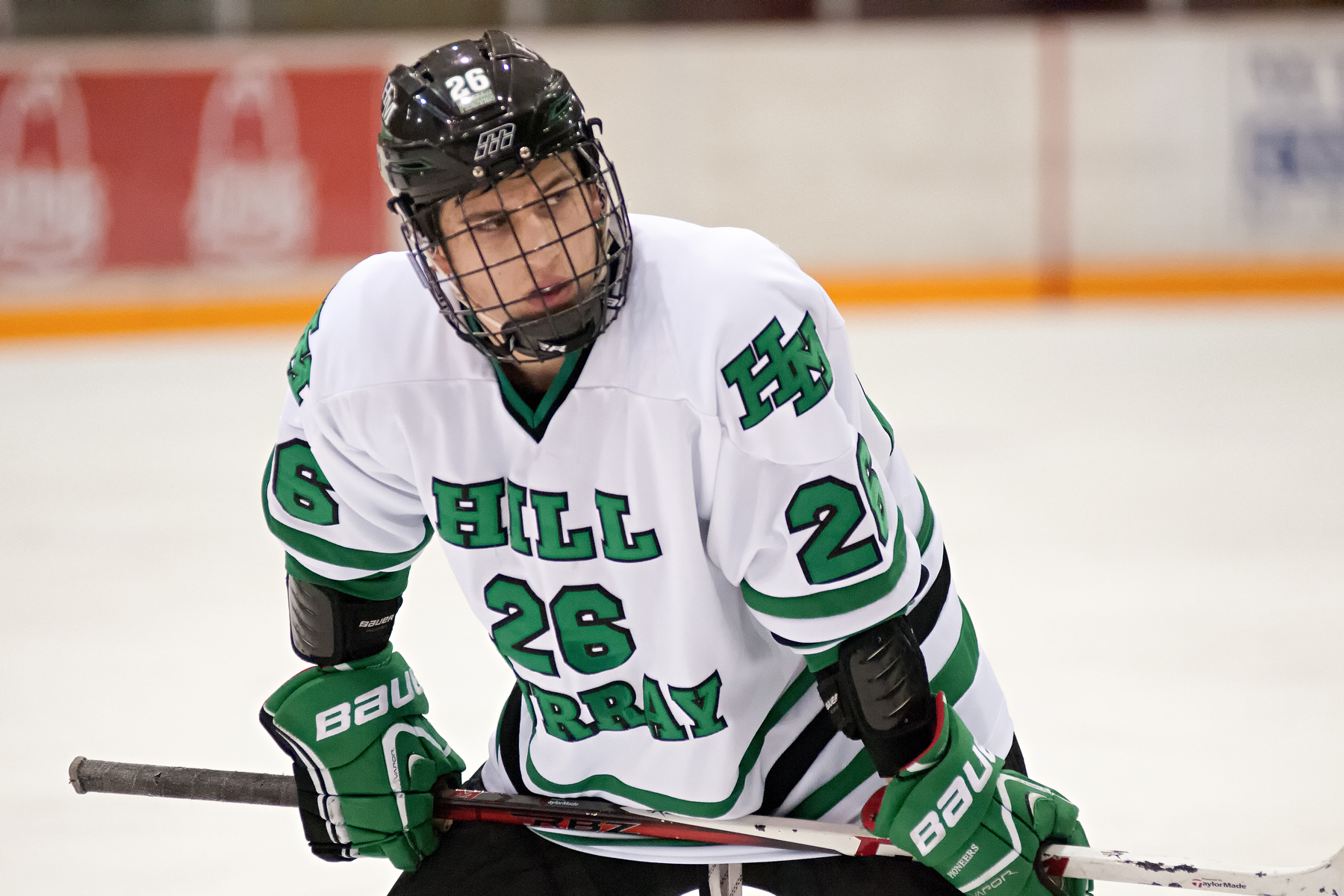 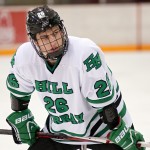 1.  Hill-Murray Pioneers (5-0, 2-0)  The Hill-Murray Pioneers have made a quick ascent to the top spot in the Class AA rankings.  This past week they had a key win over last week’s #3 St. Thomas Academy by a score of 3-2 lifted them to the #1 in this week’s rankings.  They did not overwhelm their opponents this last week yet added another one goal victory over Mahtomedi by a score of 4-3.  Two games are on deck this week for the Pioneers with South St. Paul and North High.   Next week, they open the Schwan’s Cup Gold Division with the Duluth East Grey Hounds.

2.  Elk River/Zimmerman Elks (5-0, 3-0) A team that was respected coming into this season is plucking along nicely and  have turned aside all five of their opponents. In doing so, they picked up some quality wins.  The Elks have a great mix of offensive players in Andrew Zerban and Jake Jaremko.  The duo was big in their 6-3 win over the Maple Grove Crimson on Thursday night, a game that was heard on Sports Radio 105 The Ticket.  The Elks defeated Osseo 8-4 this past Saturday and have put up 27 goals in five games.  Up this week is a trio of games from Braemar Arena and the Edina Holiday Classic.  They Open with #4 Eden Prairie on Thursday, follow that up with #7 Edina and # 7 Grand Rapids on Thursday.  All games from the Holiday Classic can be seen on this website at MinnesotaHockeyMag.com.

3.  Blaine Bengals (6-1, 4-0) The Bengals were cruising along tossing and their opponents aside. The Bengals  ran into the #1 Class A team in the East Grand Forks Green Wave who earned a huge win on the road against the Bengals.  The Green Wave scored three unanswered third period goals and claimed the 3-1 win over the battle of number one’s.  For the Bengals, it was three games in a row.  They won two of them by picking up a win on Thursday of last week over Anoka by a 6-1 score.  Blaine responded after their Friday loss to the Green Wave with an 11-0 pounding over Anoka on Saturday.  The Armstrong Falcons are their only game this week.

4.  Eden Prairie Eagles (5-0, 0-0)  The Eden Prairie Eagles are proving that last year’s .500 season was an aberration.  They handed a pair of teams their first loss of the season last week as they defeated the Bloomington Jefferson Jaguars 4-2 and handled the Cretin-Derham Hall Raiders 6-2.  If the season ended today, the Eagles would be the #1 seed in the section 6AA.  There is plenty of season left, yet the Eagles have been a team to notice this year.  They are a part of the Edina Holiday Classic this week, opening with the #2 Elk River/Zimmerman and then battle the #7  Grand Rapids Thunderhawks.  The Eagles round out the Holiday Classic with the well-known rivalry game against the #7 Edina Hornets.

5.  St. Thomas Academy Cadets (3-1-1, 0-1)  The Cadets dispatched the Minnetonka Skippers by a score 4-1 to open their week.  Thye lost a close one with Hill-Murray 3-3.  Coupled with their tie against The Academy of Holy Angels, the loss to the Pioneers knocked them down a couple of pegs this week.  STA has the ability to rise in the rankings in the coming days, and the MinnesotaHockeyMag will not be surprised to see that happen.  One game is on the schedule this week for the Cadets as they travel to battle the Tartan Titans in Classic Suburban Conference play.  Next week, it is the Schwan’s Cup Gold Division with a tilt the Burnsville Blaze.

6. Edina Hornets (4-2-0 0-0-0) The Hornets were idle last week and moved up a few slots by not playing.  Many teams lost last week and have turned the top ten into a crap shoot.  They host the Edina Holiday Classic this upcoming Thursday and as mentioned on the Eden Prairie piece, the games can be viewed on MinnesotaHockeyMag.com.  The Hornets open with #7 Grand Rapids, and that game can be heard on Sports Radio 105 The Ticket.  They meet the #2 Elk River Elks and #4 Eden Prairie to round out the classic.

7.  Grand Rapids Thunderhawks (4-1-0, 0-0-0) The Duluth Marshall Hilltoppers handed the Thunderhawks their first loss of the young season by a score of 6-4 this past Saturday. The parity in high school hockey is as good as it gets.  The Edina Holiday Classic is on the docket next for the Thunderhawks as they face #4 Eden Prairie, #7 Edina, and #2 Elk River/Zimmerman.

8.  Benilde-St. Margaret’s Red Knights (5-2-0) The Red Knights had one game on their schedule this week and it was 6-1 win over the Hibbing/Chisholm Blue Jackets.  They have a tough test in the Maple Grove Crimson this week to go along with back-to-back tilts with the Moorhead Spuds and the Marshall School Duluth Hilltoppers.  The Red Knights will learn with these three games if they are contenders or pretenders.

10.  Eastview Lightning (4-1-0, 2-1-0)  The offensive minded Eastview Lightning have good balance up-front and are capable of beating any team on any night.  With a top notch goaltender in Zach Driscoll, the Lightning are in position to contend for back-to-back state tournament appearances.  Bloomington Jefferson and Lakeville South are next for the Lightning this week.