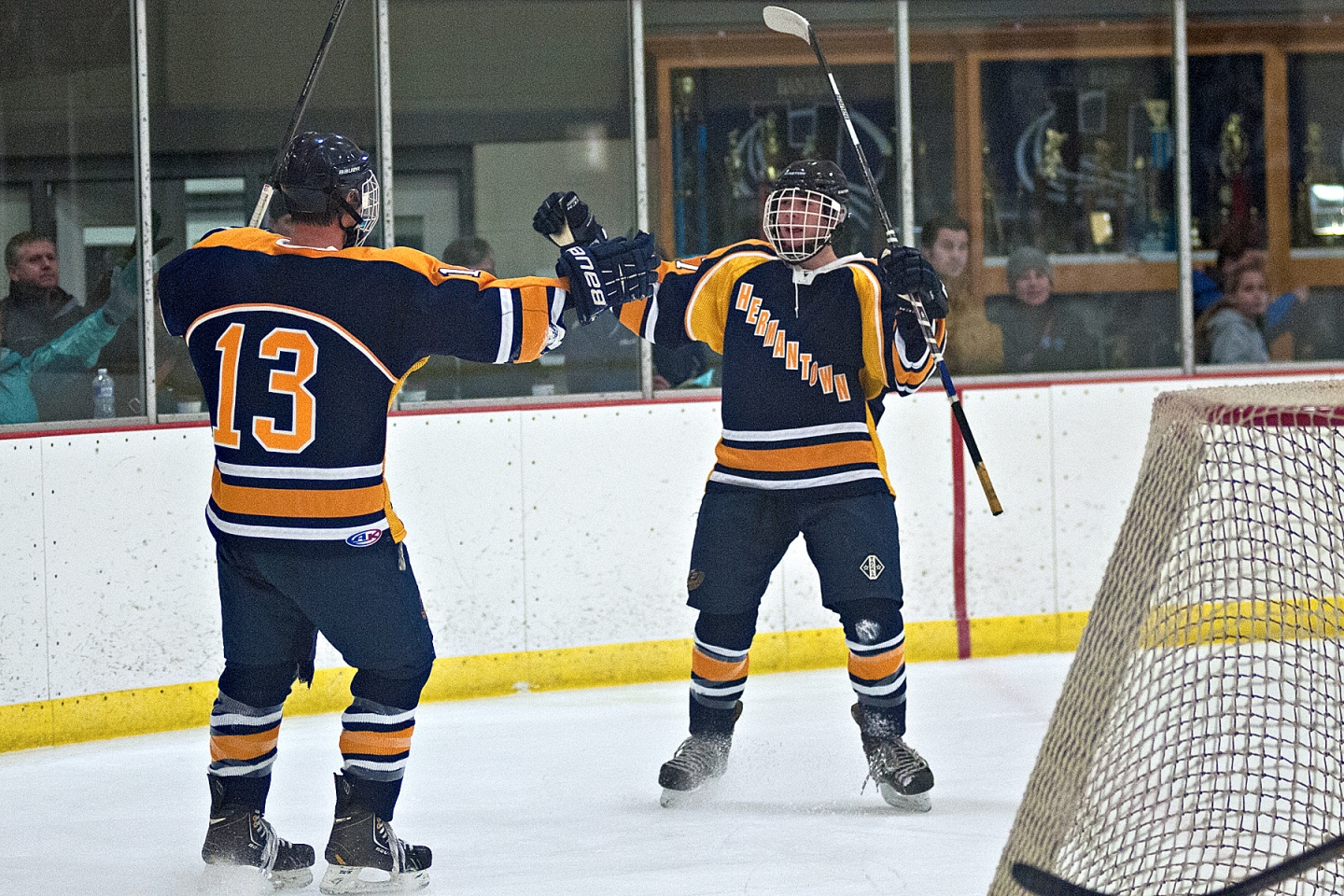 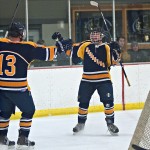 The more some things change, the more they remain the same. It may be cliché, but the statement holds true for the Class 1A rankings this week, as the back half of the rankings shuffled significantly, but the top held strong.

The top of the Class 1A rankings remained the same, as the four heavyweights (No. 1 East Grand Forks, No. 2 Breck, No. 3 Hermantown and No. 4 Warroad) posted an impressive eight victories in nine games. Only Warroad’s 5-3 defeat against Class 2A power Grand Rapids broke the streak of victories.

It was in the Nos. 5 through 10 spots where there was significant movement, as a few programs (Blake and Thief River Falls, most notably) suffered through tough weeks and dropped out of the top-10 while a few continued season-long winning streaks (Alexandria and St. Paul Academy) and jumped into the back end of the top-10.

How difficult is it going to be to score against the Green Wave this year? Two neighboring North Dakota schools found out that it will be plenty tough, as Grand Forks Central and Grand Forks Red River combined for just one goal in two games against the East siders. But even that’s impressive. Red River’s lone goal is the only one scored in four games against the Green Wave this year. Garrett Lieberg (2-0-0, 0.00, 1.000) and Josh Weber (2-0-0, 0.50, .955) have split the goaltending duties equally and both are playing like they want to grab the full-time job. It helps when they’re fronted by the best defensive corps in Class 1A — and perhaps the entire state.

Breck is rolling and it’s coming at the right time, as a huge showdown against top-ranked East Grand Forks looms on Saturday. The Mustangs put a 9-0 hurting on another highly-regarded Mariucci Conference team (Thief River Falls) to cap last week as Mark Sharp and Will Blake each scored twice. Blake (6-4-10) leads the team in goals while Michael Orke (5-7-12) is the top point getter ahead of Blake and Chase Ellingson (4-6-10). The Mustangs outshot the Prowlers 45-13 with goalie Henry Johnson (3-0-1, 1.68, .936) stopping every one for his first shutout of the season.

The Hawks had an interesting week, easily taking out Lake Conference school Hopkins in its own building on Friday night, then eeking out a victory at Orono the next day, although Hermantown did hold a two-goal lead must of the game. Coach Bruce Plante looks to have a very balanced team, as seven different players have scored two goals each (Ryan Kero, Nate Pionk, Wyatt Aamodt, Kori Ochs, Scott Wasbotten, Cole Koepke and Parker Hawk) and 14 have at least one point. What is unusual to this point is that the Hawks are allowing 3.25 goals per game, a high number for the usually stingy defense. Attribute that to a tough opening week, though, as they gave up six in a loss to Wayzata and four to Princeton. Since then, the Hawks have tightened up in their defensive zone.

The Warriors continued to light the lamp at a seven goals per game pace behind three stars among the state’s scoring leaders: senior Kyle Sylvester (6-14-20) and juniors Jared Bethune (9-12-21) and Kobe Roth (8-10-18). That trio has combined for 23 of the team’s 35 goals and must continue to lead the way as the Warriors develop young depth. Warroad has received offensive contributions from a trio of defensemen, as well, in hard-hitting Blayke Nelson (2-4-6) and brothers Luke Jaycox (3-3-6) and Nick Jaycox (1-1-2). The Warriors did lose their first game to Grand Rapids on Saturday, but they hung tight all game with the big-school powerhouse.

The Eagles continue to play it close to the vest as coach Mark Loahr figures out from where he’s going to get scoring punch. Last week, that resulted in a low-scoring victory against Blake and a tie with Holy Angels. But it also came with a possible new sniper, as senior Nick Tandeski (4-0-4) tallied two goals in each game. He’s one of only four Totino-Grace players with a goal this season and Brennan Swan (2-0-2) is the only other with multiple goals. Thankfully for Eagles’ fans, Totino has been very strong defensively, anchored by Jason Krych. Dominic Wippler (1-1-0, 1.58, .947) and Jack Lux (1-0-0, 1.00, .941) split time in goal.

The wait was worth it for Mankato West. One of the last teams to play a game, the Scarlets wasted no time in romping past three opponents by a combined 26-2 score. The scoring burst wasn’t unexpected, as West returned a deep group of scorers that have many predicting a return to St. Paul in March for the program. Derek Frentz (7-8-15) exploded for five goals against Winona and Nick Campbell (4-9-13) and Galt Goettl (2-8-10) are also among the state’s scoring leaders. Cole Filler (4-0-4) chipped in with a hat trick against Austin. West doesn’t have the toughest schedule early on, so it could run off quite a winning streak.

So much for starting slow. Despite losing numerous key veterans to graduation and early departures, St. Cloud Cathedral and coach Eric Johnson remain one of the top programs in Class 1A. The Crusaders posted two tight victories last week against two of the Section 1A contenders (Rochester Lourdes and New Prague) to remain unbeaten. As expected, veterans Will Hammer (1-6-7) and Dan Bailey (1-5-6) lead the way, although there is a Fritz — or two — thrown into the plans. Junior Matt Fritz (3-2-5) leads the team in goals and junior goaltender Zach Fritz (4-0-0, 1.70, .918) has been solid in net. A big game against Alexandria looms on Saturday. The Crusaders were moved into Section 6A with the Cardinals this past offseason.

Delano rallied late against Chanhassen to earn a tie in its only game last week. Jack Nelson tallied the tying goal with 4:22 to play and keep the Tigers from dropping further in the rankings. It’s tough at the top. While Chanhassen isn’t an offensive powerhouse, the Storm did throw 42 shots on net. Tigers’ fans should give thanks for goaltender Tyler Rizzardi (2-1-1, 2.17, .931), who stopped 40 of them to allow his team to earn a point. Delano has had scoring depth thus far, as through four games, 11 players have already recorded a goal and no one has more than two.

In the preseason, Alexandria was tabbed by a few observers (including this one) as a potential sleeper team in Section 6A. The rest of the state certainly took notice last week, largely on the strength of a surprising 4-3 victory over Class 2A’s Brainerd, which is expected to contend for a state tournament berth. The Cardinals twice rallied from a goal down to tie the Warriors, then sent the visitors packing with a Parker Revering goal just over 3-1/2 minutes into overtime. Alexandria isn’t winning big, but with Sam Goetsch (3-0-0, 1.95, .900) providing a wall in goal, the Cardinals are winning.

Another team living by the “just win, baby” motto is St. Paul Academy, which sneaked past a pair of opponents last week to remain unbeaten. Like Alexandria, the Spartans are tough to score against, having allowed only five goals in four games. Goaltender Noah Parker has been stellar on limited shots, with a 1.25 GAA and .935 save percentage through four games. There is offensive talent, as well, anchored by Drew Blackmun (3-6-9) and Jake Westfield (5-4-9). Westfield scored twice in the latest victory over Simley. SPA should be tested further this week, beginning with a Thursday night game against Blake, which just dropped out of the rankings.