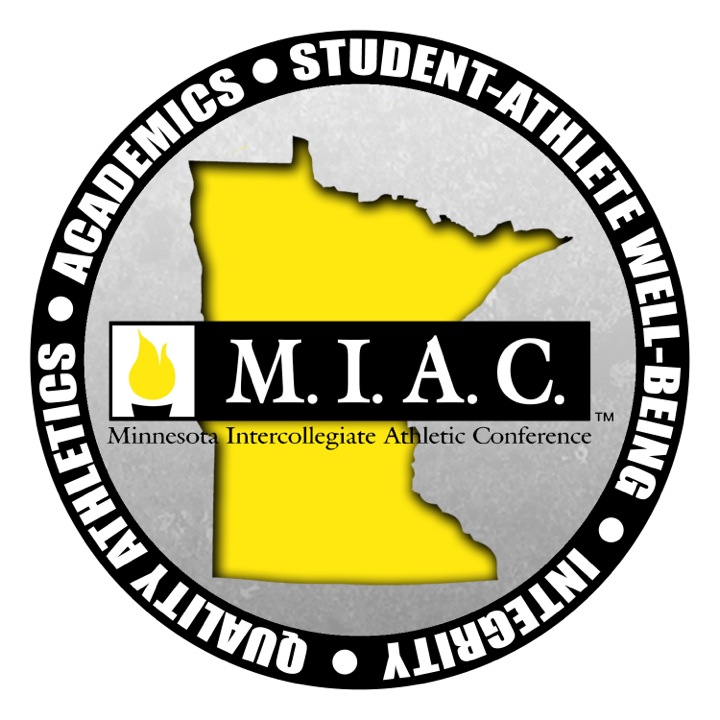 The Minnesota Intercollegiate Athletics Conference has selected St. Mary’s University’s Phil Heinle and Bethel University’s Kathryn Larson as its Men’s and Women’s Hockey Athletes-of-the-Week. Details on the selections from the MIAC release are below:

The Saint Mary’s men’s hockey team had an impressive split with Gustavus over the weekend thanks largely to the tremendous play in goal by Phil Heinle (York, Pa.). The Cardinal sophomore nearly helped his team earn a split, as he recorded his first collegiate shutout and allowed just two goals in 124:51 of ice time. He stopped 75 of 77 shots for a .974 save percentage and a goals against average of 1.85. For his performance, the MIAC sports information directors honored Heinle Saturday with his second MIAC Men’s Hockey Athlete-of-the-Week award of the season.

Heinle was spectacular in front of the home fans Friday as he stopped all 32 shots he faced and notched his first college shutout in a 3-0 victory over the Gusties. Though his team lost late in overtime the following day in St. Peter, Heinle was great again with 43 saves and just the two goals allowed. This season, Heinle is 6-6-2 in goal and he ranks second in the MIAC in wins and saves (428), fourth in save percentage (.928) and fifth in goals against average (2.33). In conference games, he leads the MIAC in saves (264), save percentage (.936) and minutes (493:48) and ranks fourth in goals against average (2.19).


In a high-scoring weekend for the Bethel women’s hockey team, sophomore Kathryn Larson (Shoreview, Minn./Mounds View) was the brightest star. The Royals’ forward had a seven-point weekend with four goals and three assists to help her team put up a total of 14 goals – seven in each game – in a MIAC sweep of St. Olaf. For her high-scoring performance, the MIAC sports information directors honored Larson Monday with her second MIAC Women’s Hockey Athlete-of-the-Week award of the 2014-15 season.

Larson and the Royals opened the weekend with a statement win on their home ice as they cruised to a 7-0 victory over the Oles. Larson had a hand in four of the seven goals as she scored three herself for a hat trick, and assisted on one more. Saturday, Bethel completed the sweep in Northfield with a 7-4 victory, and Larson added one more goal and two more assists to her impressive weekend totals. This season, Larson leads the MIAC with 22 points and 12 goals and her 10 assists rank third in the league. In MIAC games only, Larson ranks first in goals (six), fourth in points (11) and ninth in assists (five).