Minnesota players have flourished in the Olympics as Team USA gets a bye into the quarterfinals as the second seeded team in the 2014 Sochi Winter Olympics. 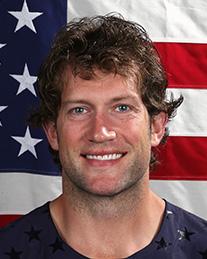 Led by former University of Minnesota Golden Gopher star Phil Kessel and his natural hat trick, Team USA bolted to a 3-0 lead, cruising on to an efficient 5-1 win over Slovenia.  With the win, Team USA ended pool play with a perfect 3-0 record, giving them a bye as the second seed and an automatic bid in the quarter finals of the tournament.

Minnesotan’s continued to play a major role in the team’s success.  One day after Warroad star T.J. Oshie’s four shootout goal performance, Minnesotan ties followed with connections to to all five goals.

hat trick with a great individual play that led to the fourth goal.  Wheeler started with the puck behind the Slovenia net, and using his speed, skated around the entire zone before stopping and needling a pass from the deep corner to the opposite face off dot to Ryan McDonagh.

David Backes, whose Spring Lake Park high school jersey has been retired, then followed that up with the team’s fifth goal.  His skate to stick tip off a Ryan Callahan pass at the goal mouth found the back of the net.  Slovenia broke Ryan Miller’s attempt at a shut out in the last minute making the score 5-1.

As the seconded seeded team behind Sweden, Team USA now gets to wait to see who will be the winner of the Czech /Slovakia game in the single elimination phase of the tournament.  These two teams have had a strong rivalry that is personal and with the history of the two nations, this should bode well for Team USA.  The team will play next on Wednesday against the winner of Tuesday’s elimination game.