Bulldogs gearing up to take the next step 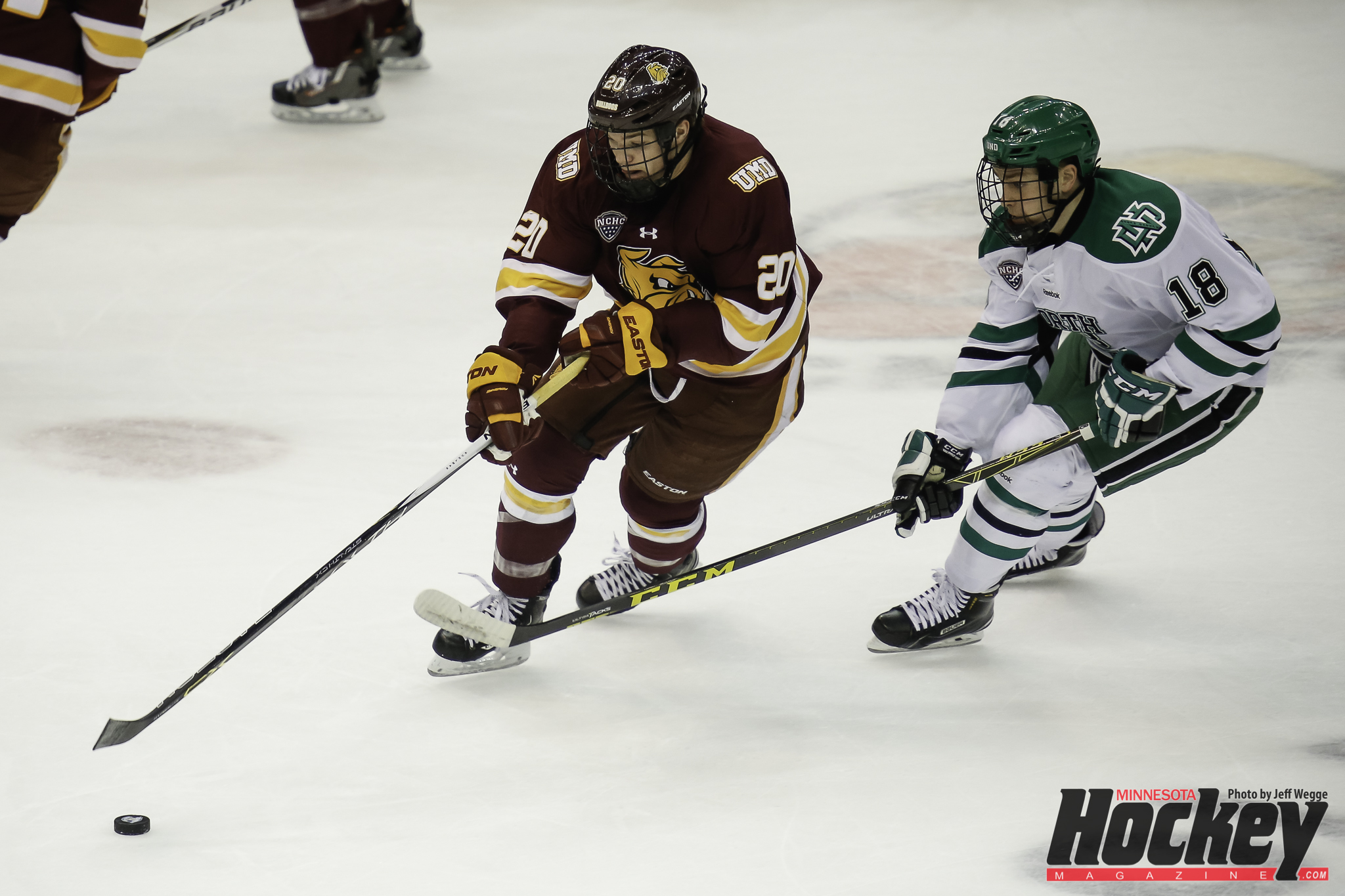 Bulldogs gearing up to take the next step

Minnesota Duluth has seven seniors and six juniors who have experience playing in NCAA Regionals. They also have 13 upperclassmen with the experience of coming up just short of advancing past a regional final.

“The last two years we’re one goal away from tying the game in the final minute,” Dominic Toninato said. “Obviously we got to get there again, but I think the goal is to get over that hump and make the Frozen Four.”

Toninato decided to pass on offers from Toronto to play professional hockey in 2016-17 and take one more trip with his hometown dogs for another chance at a Frozen Four. Toninato leads a talented group of forwards that got deeper with the addition of Riley Tufte, the 25th overall pick by the Dallas Stars, and Joey Anderson, the 73rd overall pick by the New Jersey Devils. Coach Scott Sandelin said his highly touted freshman will eventually be impact players, but he has the luxury of having plenty of veterans players that he can count for production early.

“When Cam and Farley came in, we needed them to be good and they were,” Sandelin said of the departed Tony Cameranesi and Austin Farley. “But with these two, we don’t have to do that. I’d like to see them be more hungry, earn it, and frankly I’d like to give some older guys a chance.”

Sandelin says the depth of teams the Bulldogs’ opponents means his top players can’t take shifts off, his top players can’t have nights off, and he knows with freshmen there are going to be inconsistencies to their game. The coach expects to lean on Toninato, Alex Iafallo, Karson Kuhlman early and give Adam Johnson, Kyle Osterberg, and Jared Thomas more chances to contribute.

The biggest question mark coming into the season was how to replace Kasimir Kaskisuo who posted a .923 Sv% and 1.92 and left after his sophomore season to sign as an undrafted free agent with Toronto. Sandelin had never gone into a season where he had zero goalies without any previous college experience in goal. At the NCHC media day, the coach coach was coy with wh was ahead of who, but said he recruited Hunter Miska for a reason. Miska came into the season with five years of junior hockey experience, was named the 2015-16 USA Hockey Goalie of the Year, and after two wins against Michigan Tech appears to be the replacement for Kaskisuo.