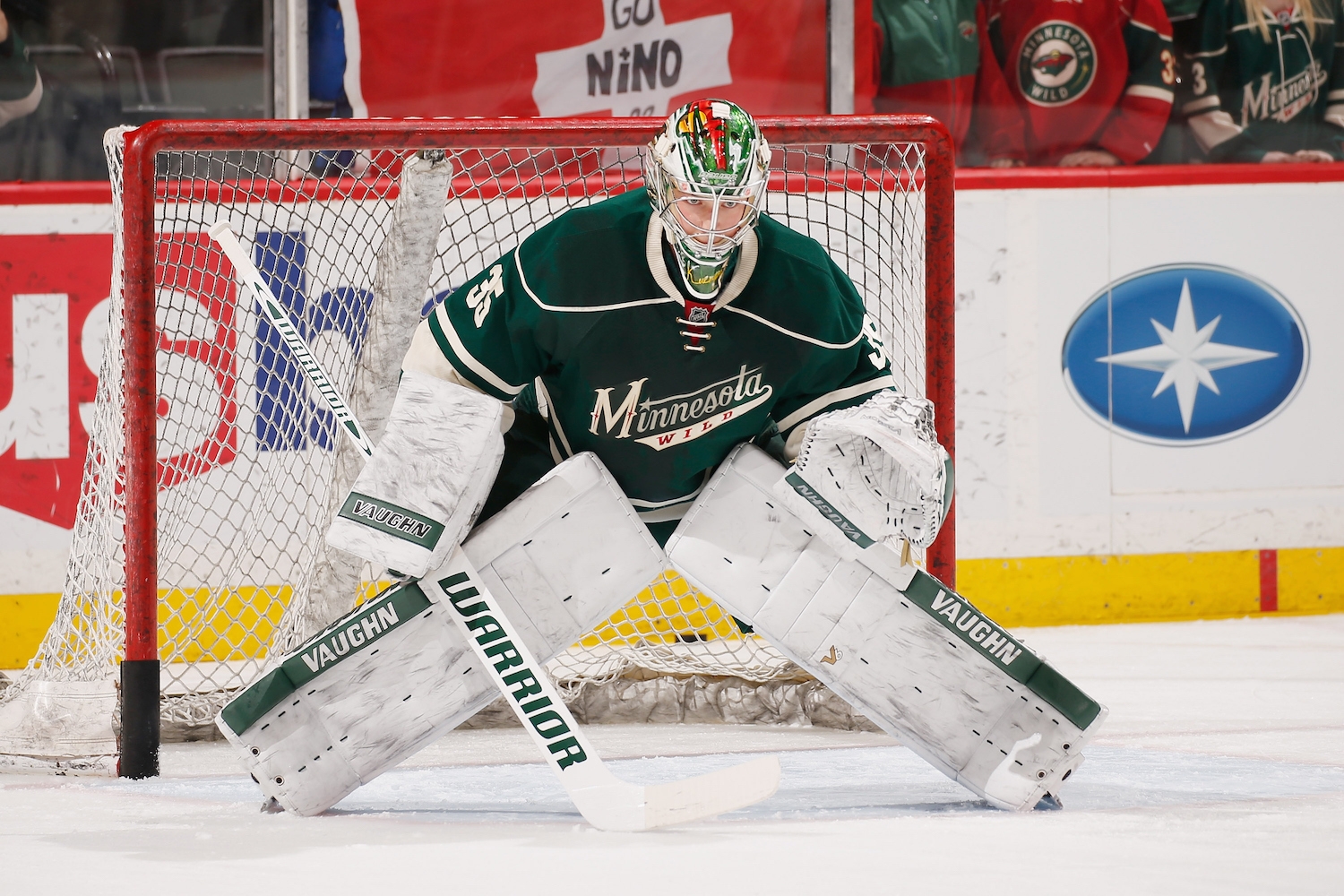 Saint Paul — Some Minnesota Wild players are beginning to heat up right as the three-day holiday break begins.

Wild forward Charlie Coyle scored at Xcel Energy Center for the second time in as many nights, helping out his teammates Tuesday and admittedly playing with confidence.

Jason Pominville, who took until Nov. 28 to score his first goal of the season, notched his fifth less than a month later.

It extends to the net. Making a start in place of Devan Dubnyk, goaltender Darcy Kuemper improved to 4-0-2 in his last six starts. Kuemper made 24 saves, with two big ones down the stretch as Minnesota held on Tuesday for a 2-1 victory over the Montreal Canadiens.

“There was some adversity that struck in the game,”Minnesota coach Mike Yeo said. “I think we were in a better place tonight. We were ready to handle it, and that didn’t break us.”

The holidays have not been a good time for the Wild each of the past two seasons. Winter’s coming has been matched with lengthy losing streaks during late December and early January. Minnesota entered Tuesday’s contest with the Atlantic Division-leading Montreal Canadiens on a two-game losing streak after points in nine straight.

“We played a lot of games in the last little while so a rest, we’ll take advantage of the rest for a little bit,” Zach Parise said.

If maybe this year can be better than the last, getting the win and confidence matters.

That said, Tuesday’s game is not one that will be shown on the hockey highlight reel anytime soon. Long stretches were played in the neutral zone with both goalies being able to catch up on holiday lists, a side effect of two teams playing back-to-back games (and three games in four nights for Minnesota).

Twice the Wild celebrated goals that were waved off on the ice and upheld by review. The frustration was evident, especially with Montreal’s Daniel Carr cutting the lead to one minutes after the second no-goal, where Parise believed a third effort was fruitful in giving Minnesota a 3-0 lead.

The goals that did count were able to break through the doldrums and give the 19,105 fans something to cheer, however. Pominville’s scoring touch showed in the first period by batting in Mikael Granlund’s rebound with a backhand shot. Coyle’s, meanwhile, in the third period also went to his backhand with the 23 year-old equaling his goal total of the previous 21 games.

Being able to win in ugly fashion, holding onto leads – a night after blowing a 2-0 one to Dallas – is a needed skill to control over the highs and lows of an 82-game season. So will getting performances from a player like Kuemper, who had gone a week without playing.

“It was nice to get back in there and keep the good things going, the momentum going forward,” Kuemper said. “Not playing for a while since that Vancouver game was the last one, just working hard in practice and focusing on tracking the puck and keeping my eye on it and playing out rebounds. And that keeps translating in games and I’m keeping an eye on it.”

Minnesota returns Saturday to face the Pittsburgh Penguins at Xcel Energy Center. Whether or not the break comes at a bad time for some Wild players can be debated, but Coyle is looking forward to getting back to Boston before coming back to try to keep his own, and his team’s, going.

“It’s going to be nice to kind of regroup,” Coyle said. “Some guys are going home and just enjoying the holidays, but we’ll get right back at it on the 26th. We have to come back with the same attitude. It’s not going to come for us. We have to forget about this game and come back and get to our game as soon as possible.”