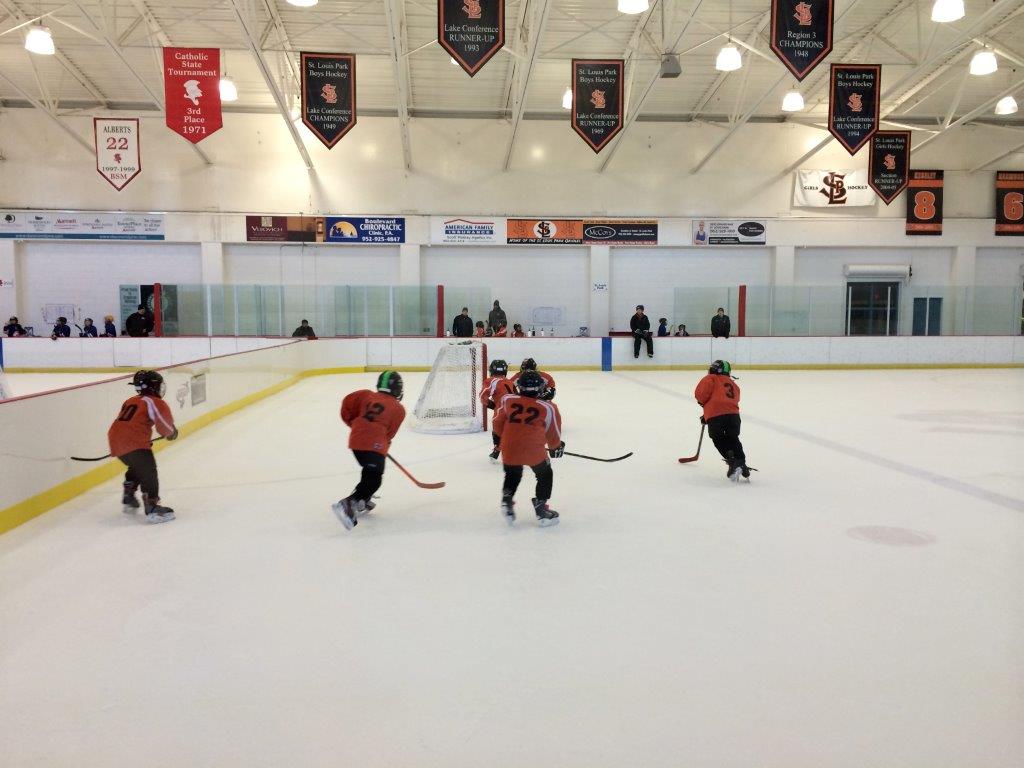 The Minnesota Hockey Hard Divider Program is designed to aid community based associations and their home rinks in promoting the growth of ice hockey through the implementation of cross-ice hockey. During the 2013-14 season, 20 associations took advantage of the discount and now utilize the dividers in their primary community arenas. Associations who took part in the program last season are once again eligible this season if they would like to purchase a second set of boards to allow for three “mini-rinks” on one sheet of ice. Rink Systems will also offer mini-nets at a discounted rate for programs that take advantage of the Hard Ice Divider subsidy.

Not only a major component of player development through the American Development Model, cross-ice hockey provides a more efficient way to use ice time and space. Most importantly, the smaller playing surface gives children a greater sense of enjoyment when playing hockey. Cross-ice hockey allows players to increase the number of times they touch the puck, their puck possession time and overall speed in playing situations – all of which translate into quicker development of individual skills and a passion for the game.

“We couldn’t be more pleased with how successful the partnership with Rink Systems was during the 2013-14 season,” said Dave Margenau, President of Minnesota Hockey. “To see 20 associations take advantage of the subsidy and use them to host cross and half ice tournaments at the Mite/8U Girls level was exciting to see. The boards offer a realistic playing experience for the kids while promoting small area games and practices.”

Rink Systems, Inc. is a family-owned and operated business based in Albert Lea since it was founded in 1993. The goal of Rink Systems, Inc. has been to increase the popularity of skating and hockey in this country and throughout the world. In order to accomplish this objective, it has developed and gathered products of the best technical specifications available in the industry. Rink Systems, Inc. is a proud member of STAR: Serving The American Rinks.

Minnesota Hockey, a USA Hockey affiliate, is the governing body of youth hockey in Minnesota. With over 67,000 registered players and coaches, it is the largest state governing body for hockey in the United States.