Gophers eager to put disappointing season behind them 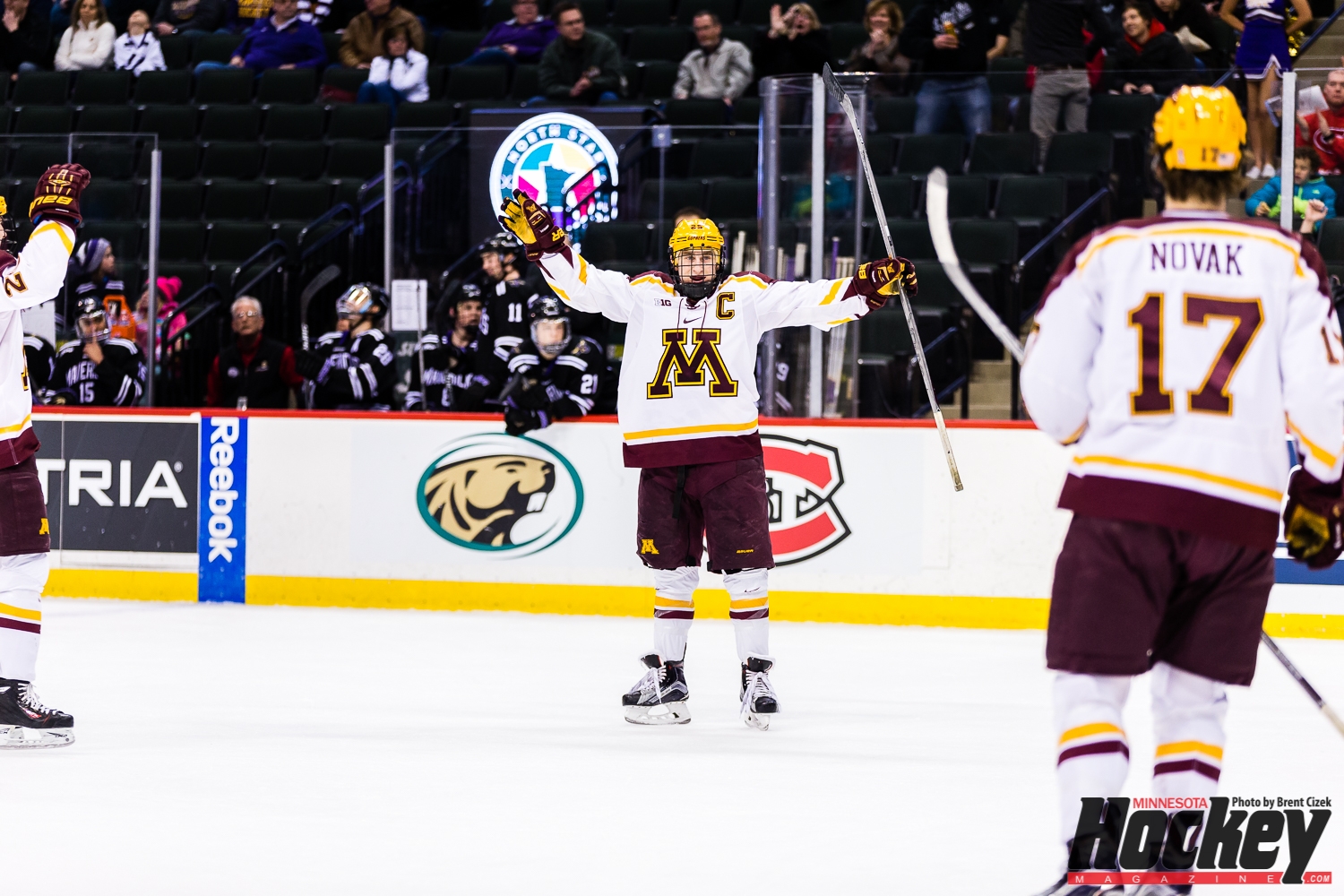 Gophers eager to put disappointing season behind them

Minnesota won its fifth consecutive regular season conference title last season, but missing out on the NCAA tournament for the first time in those five seasons made earning a banner feel hollow.

“I think it’s going to be a team that will play for one goal, with not a lot of outside influences as far as other things going,” captain Justin Kloos said. “I think this will be a focused group, because last year was unacceptable.”

The team lost Hudson Fasching, Michael Brodzinski, and Nick Seeler to professional contracts, but will have veteran players and most spots in the lineup.

Up front, two new options will start the season in the top nine. Junior transfer wing Mike Szmatula will start the season playing on a line with Kloos and Taylor Cammarata. Szmatula was a point per game player in Hockey East for two seasons, and coach Don Lucia expects him to transition seamlessly into the lineup. The other new player to the line-up, Rem Pitlick, decided late to join the Gophers for 2016-17 and will likely play with Leon Bristedt and Vinni Lettieri. The forward was drafted 76th overall by Nashville in the NHL Entry Draft and decided to join Minnesota after playing in a Predators Development Camp and World Junior Evaluation Camp.

“Obviously Rem deciding to come was big … you see his skill on the ice right away, he’s going to really elevate the skill level of our team,” Lucia said. “I think you’ll see him have a big year.”

The other ‘top nine’ line will start with redshirt senior Connor Reilly playing with sophomores Tyler Sheehy and Tom Novak. Reilly is finally healthy coming into a season after recovering from three seasons limited by injuries. Reilly feels this is the first time in three years that his brain and body are working together, and now that his knee feels good, his hands and shot feel good again.

Defensively Jake Bischoff returns to lead a blue line of mobile defensemen who all can play the game Associate Head Coach Mike Guentzel demands. He’ll be pushed by returning players and freshmen Ryan Lindgren and Ryan Zuhlsdorf will get early opportunities as Jack Glover returns from offseason shoulder surgery.

Eric Schierhorn returns as the 2015-16 Big Ten Goaltender of the Year who led all NCAA freshman with 20 wins between the pipes. Schierhorn worked on his lateral quickness and flexibility during strength and conditioning, and expects to play a more upright technique this year.