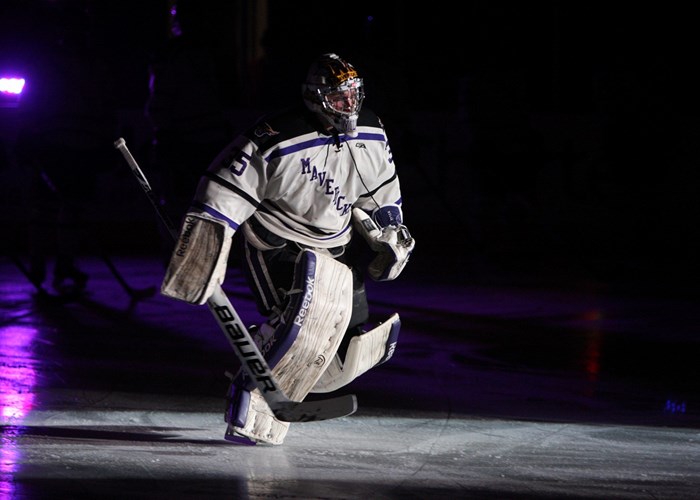 Underdogs no more, Minnesota State must adjust to having a target on their backs. 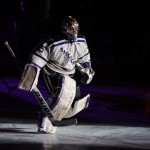 Featured Image Caption: Unlike his freshman season, the spotlight will be on Stephon Williams right from the start. (Photo: Minnesota State University Athletics)

The 2012-2013 hockey season was the year of change for Minnesota State hockey. After replacing former Maverick’s head coach, Troy Jutting with an ambitious new lead, Mike Hastings, Minnesota State took the WCHA by surprise. Going from an unranked team at the start of the season to the No. 11 team in the nation by the season finale was proof enough that Minnesota State was once again, a team to be reckoned with. The Mavericks finished the season with an overall record of 24-14-3 and a conference record of 16-11-6.While such improvement over a short period of time warrants a lot of excitement for the 2013-2014 season, the Mavericks will have to work hard for another successful season after losing key players like Eriah Hayes (SJS), Tyler Elbrecht, Evan Mosey, and most recently, due to injury, Zach Lehrke. Lehrke made an appearance in every game last season and tallied up an impressive 25 points, the fourth highest on the team.This season the Mavericks are going to be looking at fresh talent to pick up where the team left off. Probably the most exciting recruit in the WCHA , Zach Stepan, a fourth-round pick for Nashville, is going to play a key role in keeping Minnesota State’s fire lit. Stepan was committed to Ohio State but after a coaching change he made the switch to Mankato. And so far, so good for the Mavericks and freshman Stepan after he was voted the preseason rookie of the year in both WCHA polls released on September 25th. Stepan also tallied up his first collegiate goal in the Mavericks most recent win at their exhibition game against Lethbridge, which Minnesota State won 7-1.

Based on conversations with a few of the players on Media Day, it seems the upper classmen are just as excited about the new recruits as the fans should be. Some might have been more excited than others, however. “The freshmen are looking really good, too good almost,” junior Chase Grant said with a laugh. “I feel like I need to worry about my spot on the team.”

Grant is just one of the returning talents that Minnesota State fans can look forward to cheering on once again. One of the most notable returnees is sophomore Stephon Williams. Joining the team last year as a true freshman, Williams won the WCHA Rookie of the Year and WCHA Goaltender of Year honors beating out big names like Adam Wilcox from the University of Minnesota and Ryan Faragher from St. Cloud state. He finished out the season with a conference save percentage of .923 as well as leading the league in shutouts with three

And it wouldn’t be a conversation about the Mavericks without mentioning junior forward, Matt Leitner. Leitner has led the squad in points his past two seasons as well as leading the nation in power play points last season with 28. Only one other sophomore in the country scored more points than Leitner did last year and that was Johnny Gaudreau of Boston College with 51. Leitner tallied up 47 over the course of the season, making him tied for eighth in the nation. The Mavericks, once again, are expecting big things from the California native.

At the commencement of this season, Minnesota State is ranked No. 11 in the nation in the USCHO poll and first in both preseason WCHA polls. Coming up on Saturday Minnesota State will kick off the season against No. 14 Providence, Rhode Island. Last year when the two teams met at the Verizon Wireless Center, Minnesota State bested the Friars in an OT win and a shut out win. It’s going to be an energized weekend for the Mankato team and its fans as we see which Mavericks are going to stand up and stand out in 2013-2014.

Why the Maverickswill exceed expectations: With plenty of returning talent and exciting new recruits, such as Zach Stepan, SU has good reason to be a hopeful No. 1 in the conference. Led by an ambitious Mike Hastings, the Mavericks and returning WCHA Goalie of the year and Rookie of the Year, Stephon Williams, Minnesota State can look forward to dominating the new WCHA conference.

Why the Mavericks will fall short of expectations: The Mavericks are going to be facing teams out of their comfort zone. Without the old WCHA teams, MSU will need to be careful about underestimating their competition. Power plays will also be a huge area of focus for the Mavericks after losing Eriah Hayes, who led the nation in power play goals last season as well as Tyler Elbrecht who was key to Minnesota States defense.