Hastings to lean on seniors to lead big rookie class 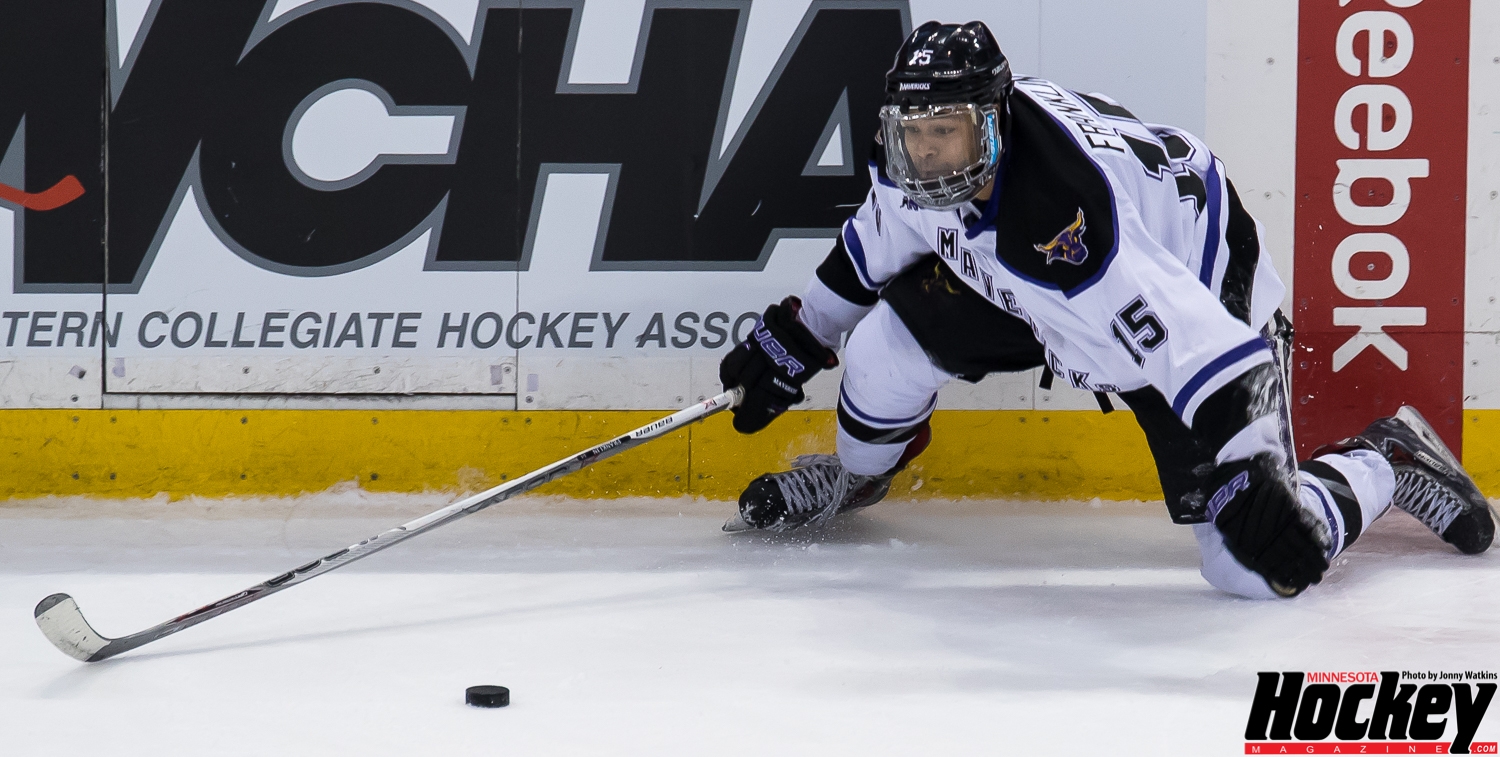 Junior forward C.J. Franklin will have to play a key role if the Mavs are to pull off the “MacNaughton Hat Trick” in the spring. (MHM Photo / Jonny Watkins)

Hastings to lean on seniors to lead big rookie class

The Mavericks are defending back-to-back MacNaughton Cups at Verizon Wireless Center this season, but the departures of Teddy Blueger, Bryce Gervais, and Casey Nelson left big gaps in the line-up card for fifth-year coach Mike Hastings.

“Our group of six seniors are going to be very important in how we start our WCHA play,” Hastings said. The coach also recruited an older class among his eight new Mavericks because he needs them to come in and play a little bit older than freshman especially with a schedule that features an October slate of Michigan Tech, St. Cloud State, at Alaska, and Ferris State.

Parker Tuomie is the biggest name among recruits joining the stable. Tuomie scored 54 points (30-24) for the Sioux Falls Stampede in the USHL last season and was the coaches’ choice for preseason rookie of the year.

“I see Parker has got some respect throughout the league,” Hastings said. “Hopefully he can take that and prove what he can do on a night in and night out basis.”

Defensively, Minnesota State will be counting on Carter Foguth, Sean Flanagan, and Daniel Brickley to combine and offensively production Casey Nelson took to the Buffalo Sabres.

Between the pipes, senior Cole Huggins is going to be counted upon to steady the herd. Hastings said the goalie has had some great support in front of him and competing with him for playing time, but this year the team will be looking to the crease for support.