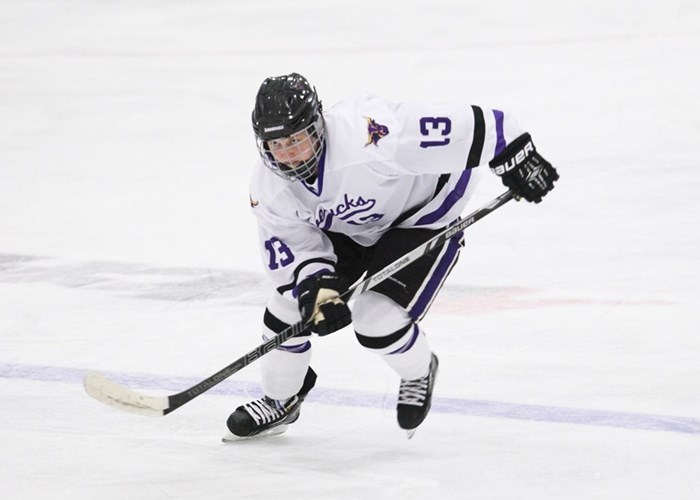 The Mavericks will look to top returning scorer Kathleen Rogan to lead the offense in her senior season. (Photo / MSU Athletics)

The Minnesota State University, Mankato women’s hockey team didn’t have quite the season they were hoping for in 2013-2014, but there is reason to be optimistic about the future. Although the Mavericks lost eight girls in the offseason, they bring in 13 newcomers this winter.

“We have a very young hockey team this year,” Head Coach Eric Means said. “We have 13 freshmen, so we have some new faces.”

With all the new faces, it may be a tough go of it for the first part of the season while these freshmen settle in and get used to the speed of the college game. The Mavs have been toward the bottom of the WCHA for some time now, but with a large freshmen class coming in, it could be a possible recipe for future success.

“We are getting a good interjection of youth to go along with some good veterans,” Means said. “When you look at our scoring chart last year it was senior dominated, we’re going to have to score by committee through everyone else.” 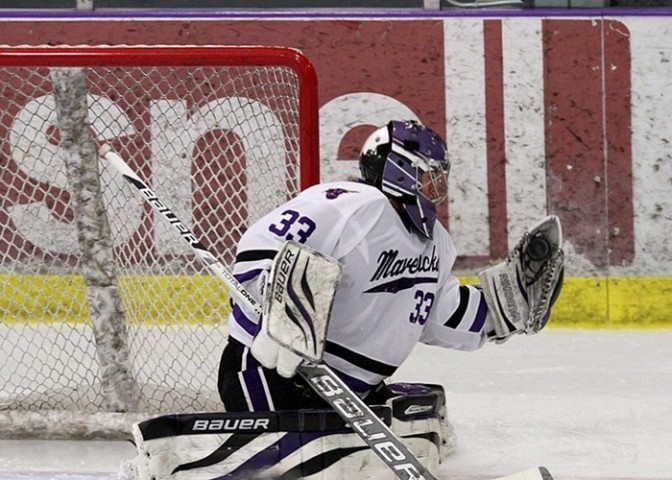 Junior Erin Kirchiver will be given every opportunity to fill the void left behind by the departure of Danielle Butters according to coach Eric Means. (Photo / MSU Athletics)

While the Mavs will need to find some new goal scorers up front, there is one that is perhaps ready to fill that void. Senior forward Kathleen Rogan posted 21 points last season on 11 goals and 10 assists, and is climbing the all-time scoring charts at MSU.

The biggest void to fill for MSU, though, is between the pipes. Goaltender Danielle Butters graduated last spring after having a career season in net, posting a stingy .924 save percentage over 30 games played. Butters was the no. 1 goalie for the Mavericks the past two seasons, and often saw over 30 shots per game. Junior Erin Kirchiver is expected to take over that role after seeing little time the past two seasons.

Kirchiver went 4-2-1 last season with a .943 save percentage and an impressive 1.93 goals against average, showing she is a very capable replacement for Butters.

“This should be her job to lose,” said Means. “I’ve always been a coach that believes in playing the no. 1 as long as she’s playing like no. 1 in this league.”

MSU kicks off their season on Oct. 10th at home versus the University of North Dakota. Puck drop is slated for a 7:07 p.m. start at All Seasons Arena in Mankato.

Why the Mavericks will exceed expectations: The youth of the Mavericks may cause some teams to underestimate their talent. The Mavs look to be strong in goal and on the blueline, which could cause some frustration for the high scoring teams around the WCHA

Why the Mavericks will fall short of expectations: A lack of scoring could be an issue for MSU, as well as having 13 freshmen inserted into the lineup could take some time for this young team to get up to speed.