Santa Barbara, California is a community of about 150,000 residents situated on the Pacific coast about 100 miles northwest of Los Angeles. While fairly upscale with much to offer its population, one group in particular was conspicuously left out OF the cold: Hockey players and figure skaters.

With all its amenities, the city had no skating rink. Those who wanted to play hockey or figure skate had to drive up to 50 miles in each direction to get to the closest rink.

While a local developer initially set aside (and later donated) land in 1997 earmarked for a skating rink in the adjacent city of Goleta, it was based on the premise that it could be built by an independent organization.

For several years, a local group tried to figure out how they could finance building an ice rink on this land.  They had little or no success and faced the real possibility that the land would eventually be unavailable as a donation if something was not done soon. 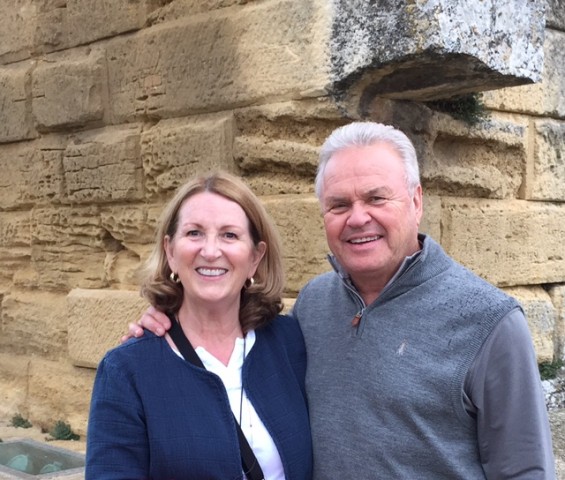 Enter Jack and Gretchen Norqual, the generous Minnesota couple who had been wintering in the Santa Barbara area since 2004.

Jack, always looking for ice himself, saw a need and an opportunity to help create something very special in this sunny California region. Long-time philanthropists, the Norquals gave a donation to the Greater Santa Barbara Ice Skating Association (GSBISA), a non- profit, 501c3, in an effort to get things started.

The couple had been actively giving for many years to local community organizations where they lived and to schools where their son attended and played hockey, so this was not new to them.

A lifetime on the ice

Jack Norqual grew up in the Como area of St. Paul in the ‘50’s, the days of true pond hockey.  With Como Lake only a few blocks from his house, Norqual and his older brother Don, along with many local friends, honed their skating and hockey skills on the vast expanse of the frozen lake and the surrounding neighborhood ponds and parks.  It was here that Jack, and many from that era, found their passion for hockey and pride in their local neighborhoods and communities.

After attending St. Anges High School for one year, Norqual graduated from Washington High School where he played on the varsity hockey and golf teams.  He was captain of the hockey team his senior year.

He went on to attend the University of Minnesota for two years before transferring to the University of Wisconsin River Falls, where he was a member of the first UWRF Hockey Team in the ’65 -’66 season.  He was named MVP that year.  His on-going enjoyment for the game continues to this day, as Jack still plays in local recreational games and in adult tournaments all over the world.

The passion for hockey and community pride stayed with Norqual through to retirement.

With no significant progress from their initial action, the Norquals gave a second (sizable) lead Matching Gift to get others to help out.  This also failed to stimulate the needed response.

In 2006, Jack finally volunteered as their Campaign Chair to lead an effort to raise the necessary capital, on a non-profit basis, for what would be the permanent home of a new arena complex named Ice in Paradise.

“I have never lived in a community without an ice rink”, Norqual said. “It was time for action.”

He used his extensive business experience and hockey connections to put all the necessary plans for success in motion.

Norqual’s initial work experience after college graduation included over 11 years with some of the leading edge technology companies in Minnesota including Control Data Corporation, Xerox Corporation and Dataserv.  This exposure to large successful companies served as the foundation for his future success.

The entrepreneurial bug struck soon, when he co-founded Winthrop Resources Corp, a new IBM computer equipment leasing company.  The business grew to 100 employees before it was sold in 1997 to TCF Financial.  It didn’t take him long to move on to his next venture, when, along with former Winthrop Resources partners, he formed Rush River Group.  The company made investments in both public and private companies and operated until 2012.

With hockey never far from his thoughts, Norqual purchased a well-known sports training company in 1994, called Acceleration Minnesota.  The training program uses treadmills to enhance speed/performance in both running and skating.

The concept was developed by John Frappier, an exercise physiologist from Fargo, ND.  This caught Norqual’s interest and not too long after he purchased the Stillwater and Coon Rapids locations, he decided to partner with his brother, Don, and expand. 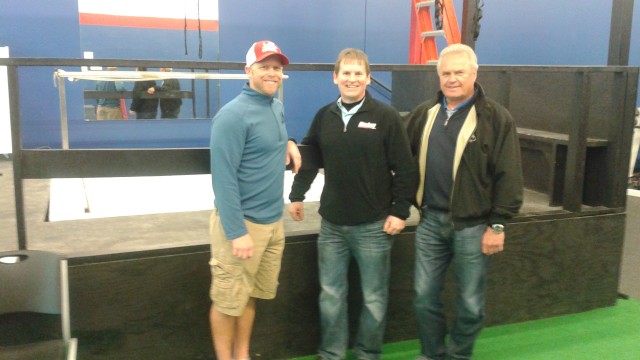 They added company stores in Eden Prairie, Arden Hills, Apple Valley, Brainerd, and Plymouth and also installed the Skating Treadmill and the training program at the University of Minnesota, where it still resides today.

Several years ago, Norqual donated an Acceleration skating treadmill and associated program to the USA Hockey (NTDP), National Team Development Program in Ann Arbor, MI, as an integral part of their training.  The program is still in effect today in Plymouth, MI, and provides important training resources to the top U17 and U18 players in America.

Norqual finally sold the Acceleration sites to their respective managers to be owned and managed by them.  In the Twin Cities area, the sites in Arden Hills and Plymouth are still active and continue to train athletes for both hockey and other sports.

Norqual’s ties to USA Hockey became stronger when he joined the USA Hockey Foundation Board of Directors in 2000.  He has been an active member for 15 years.  The Foundation works to enhance the mission of USA Hockey by making grants available to numerous organizations that share it values.

Jack’s resolve to “get it done” lead him on a challenging, but rewarding journey.

His involvement in the Santa Barbara community and his position on the USA Hockey Foundation provided Jack with many important connections to local business and hockey executives at all levels and was instrumental in securing the needed financing to put the Ice in Paradise project on firm ground and allow it to move forward.  But it was no easy task. 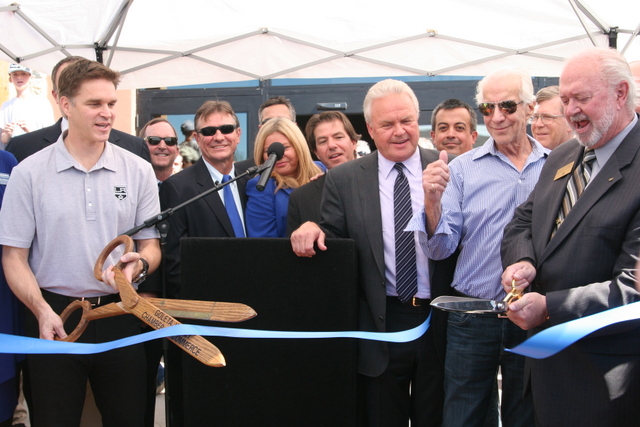 He spent considerable time over several years meeting with local people who could help fund and contribute to the building of the complex.

Primary focus was on including another local resident, Ed Snider, founder and owner of the Philadelphia Flyers.  After several meetings with Norqual,  Mr. Snider agreed to give a significant lead gift.

“Ed Snider’s support gave our Campaign great credibility and was a big inspiration to me as well as the Ice in Paradise board” , said Norqual.

Other donors soon followed and this infusion of capital triggered ground-breaking on November 20, 2014, after 11 years of fundraising.

A good friend of Norqual’s, former NHL star Luc Robitaille, who now works for the LA Kings as President of Business Operations, also provided valuable support and advice and has been on the project’s advisory board for many years.  Jack and Luc had previous business ties related to the Acceleration training program.

The project cost was estimated at about $15 million (including the donated land valuation) and features two rinks, a standard NHL size rink and a 100 x 60 foot studio rink.

Norqual was not the only Minnesota native involved in the Ice in Paradise campaign as others played an instrumental role as well.  Fellow board member, and close childhood friend, Parker Anderson, was the Project Manager and represented Ice in Paradise in the building process.  They then hired Minnesota builders, Oppidan Investment and Engelsma Construction to build the arena.  He worked with local banks to secure construction loans and with suppliers to support the project with donations, labor, and even the Santa Barbara sandstone that drapes the front of the complex. 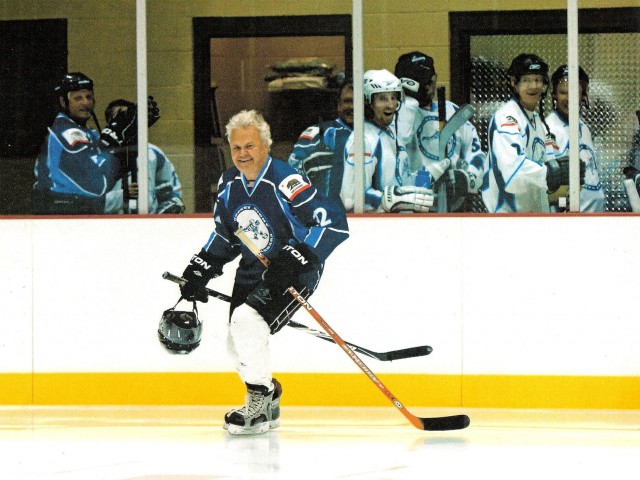 Fast forward to October, 2015, and the arena’s un-official grand opening was a huge success with significant local and state media coverage … with Norqual at the forefront, and also the first guy to take to the ice.

(See local TV coverage (KEYT/KCOY News) of the event here and the Ice in Paradise Skates to Reality article in the Santa Barbara Independent here.)

“It has something for everyone,” which Norqual said was a key consideration when he first got involved. “We did not compromise. We felt that the people have waited long enough.”

The beautiful complex is one of a very few rinks that will support adaptive/sled hockey with special bench areas and there is even a study center for the kids in the corner of the second floor terrace.  Public skating, skating schools, youth and adult hockey, figure skating, parties and private ice are just a few of the planned activities and programs that are well underway. 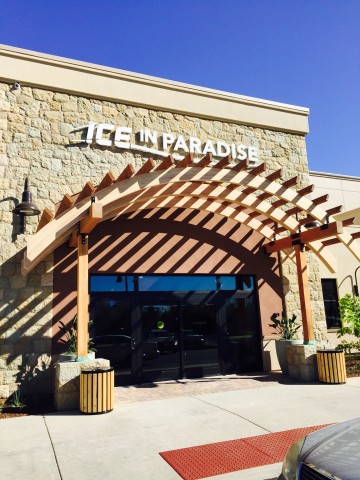 The local high school and adult teams are already enjoying “home” ice without long commutes and the prospect of local college club teams (very big in California) one day playing there are very real.  Supporters agree that the complex will have a lasting positive impact on the city of Goleta and the Santa Barbara region.

With about $8.5 million raised as of October, 2015, there is still a ways to go to complete fundraising activities.  In addition to general donations, there are naming opportunities and a Buy-a-Brick program where personalized bricks will be placed at the complex’s outdoor donor park.

Until this is completed, it’s a sure bet Norqual will be involved in some capacity, while he relishes the thought of skating on new ice, right at home, in sunny California.

For more information on Ice in Paradise activities and programs, visit their website here.

Acknowledgement:  Norqual has generously sponsored Minnesota Hockey Magazine Foundation’s annual golf tournament that raises funds to send kids in need to hockey camp.  Last year alone the Foundation provided 33 kids with the opportunity to experience a real hockey camp in White Bear Lake put on by Hockey Mom’s USA.  Norqual and many others made this happen.