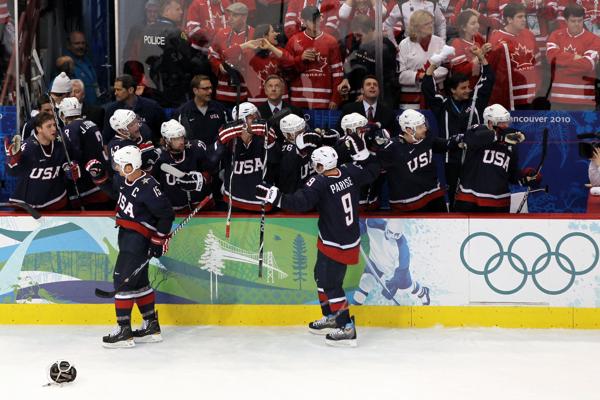 USA Hockey this afternoon released its roster of players invited to participate in its Men’s National Team Orientation Camp later this summer and those with Minnesota connections are well-represented. Of the 48 players chosen, 14 are Minnesotans while two others have strong ties to the state and the Minnesota Wild are represented twice.

By position, the Minnesotans are:

In addition, former Gopher Phil Kessel of the Toronto Maple Leafs and Wild defenseman Ryan Suter, to no one’s surprise, were each invited to the camp.

Scheduled for Aug. 26-27 at the Kettler Capitals Iceplex, practice facility of the NHL’s Washington Capitals, the camp marks the beginning of the audition process for players to earn a spot on the final roster coach Dan Bylsma will lead into the 2014 Winter Olympic Games in Sochi, Russia. Those fortunate enough to ultimately make the trip to Sochi for the Feb. 12-23 men’s ice hockey competition will be charged with the task of improving on Team USA’s 2010 silver-medal performance in Vancouver.

According to Parise, in an interview with the StarTribune’s Michael Russo on KFAN radio this morning, players were notified of the news via text message.

The announcement comes on the heels of Friday’s revelation that the National Hockey League and the International Ice Hockey Federation, after weeks of negotiation, had reached an agreement paving the way for NHL players to participate in the Olympics for a fifth straight time. The league will shut down from Feb. 9-26 to allow the world’s best players to compete for the sport’s highest international prize.