Minnesotans to Lead U.S. U-22 Team Against Canada 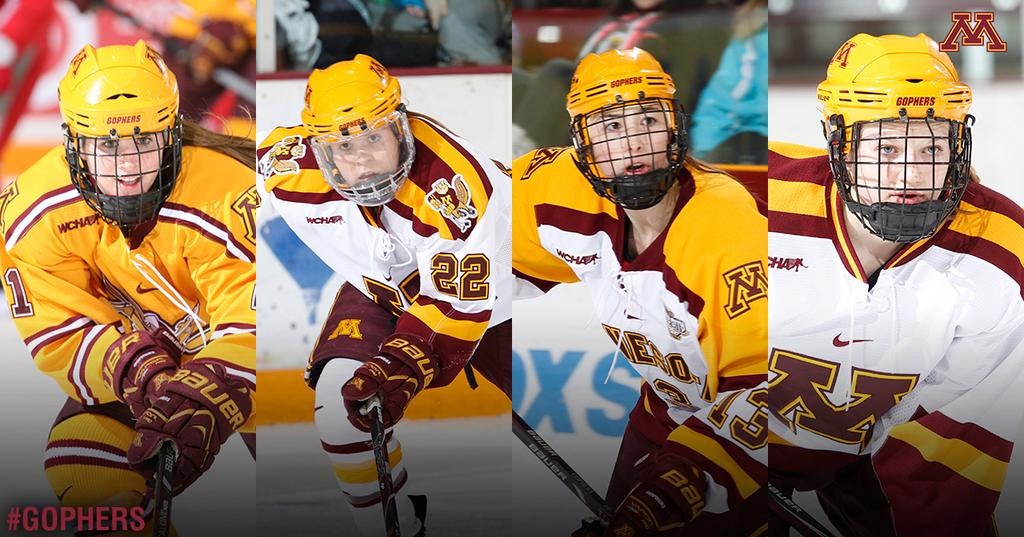 The 2014 U.S. Women’s Under-22 Select Team hits the ice tonight to kick off a three-game series Canada in Calgary, Alberta and, not surprisingly, Minnesota is well represented on the U.S. roster.

University of Minnesota players Hannah Brandt (Vadnais Heights), Dani Cameranesi (Plymouth), Milica McMillen (St. Paul) and Lee Stecklein (Roseville) will be laced up and ready to go when the puck drops at 7:30 p.m. CT tonight to begin the 11th three-game series between the U.S. and Canada since 1999. Additionally, former Gopher and NHL goalie Robb Stauber is among a trio of Team USA assistant coaches.

Minnesota’s four representatives on the team’s 22-player roster is tied for the lead among twelve different states whose players were chosen after participating in the 2014 USA Hockey Women’s National Festival, which took place Aug. 12-16 at the Lake Placid Olympic Center in Lake Placid, N.Y. Stecklein is one of three players from the 2014 silver medal U.S. Olympic squad to also appear on the U-22 team, along with Boston College forward Alex Carpenter and Harvard defenseman Michelle Picard.

The 2014 U.S. Women’s Under-18 Select Team will also face Canada in a three-game series this week. Minnesota associate head coach Joel Johnson is serving as the head coach of the U.S. U-18 team for the 2014-15 season. The U-18 series begins at 6 p.m. CT Thursday.

All games in both the U-22 and U-18 series will be streamed live at usahockey.fasthockey.com.