Minnesota native, Ron Faanes, a graduate of Minneapolis Roosevelt “from way back”, is currently living in Roxbury, Connecticut.  In 1991, he organized the Olde Crabs Hockey Club with a mission to encourage players young and old to get involved in hockey, to foster sportsmanlike play and to generally enjoy and inspire others to participant in the great sport of hockey as a life long activity. 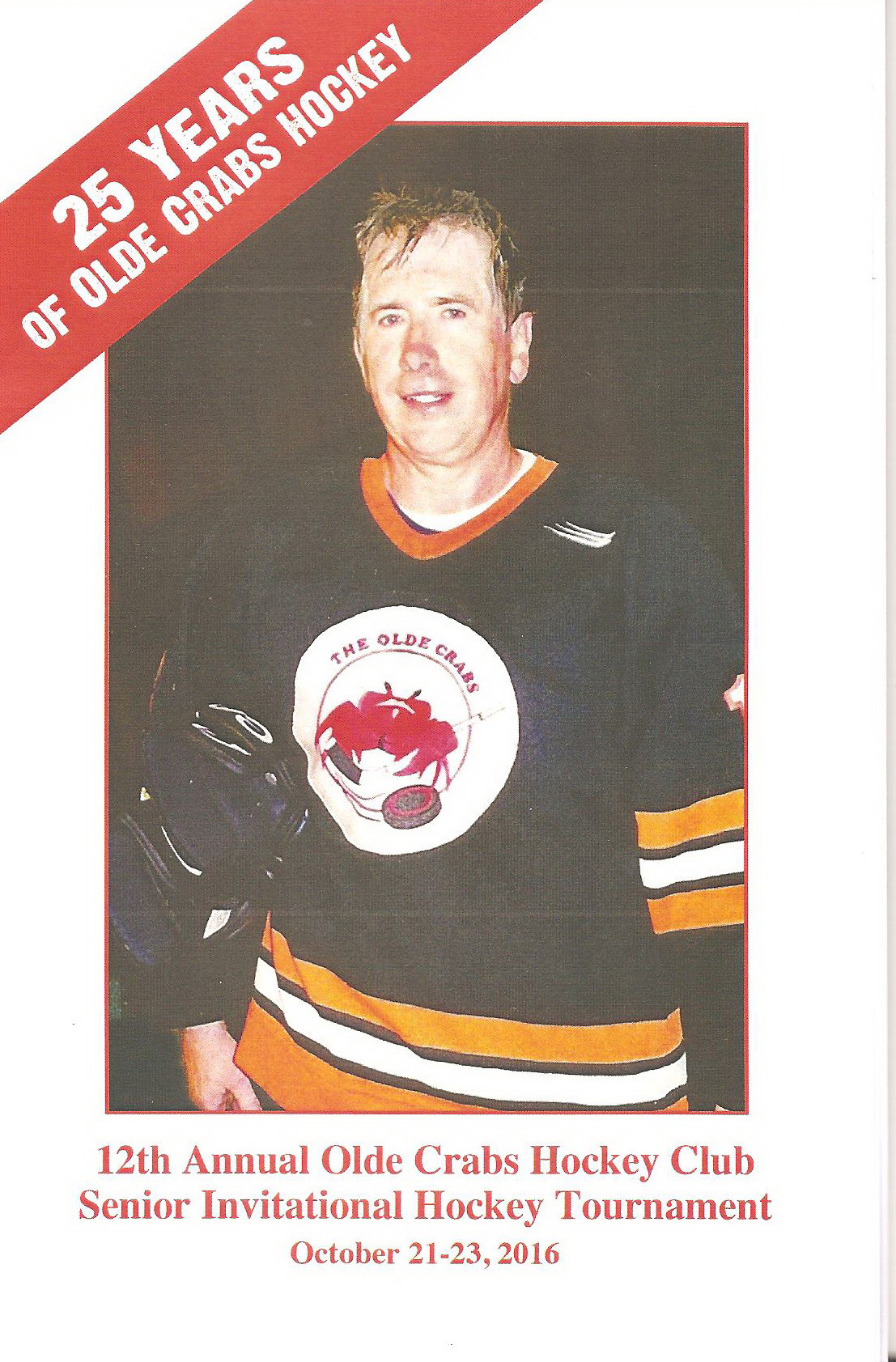 In the early 2000’s, while in the Minneapolis area to participate in an adult Senior Olympics tournament being held at the Blaine Super Rink complex, Ron ran into an old University of Minnesota classmate, Phil Zietlow, who was playing for the Minnesota Oldtimers hockey club.  Ron was so impressed with the play and organization of the tourney that he returned to Roxbury with a grand idea; if you set up a local senior hockey tournament, they will come!

In 2005 Ron organized the Olde Crabs Senior Invitational Charity Hockey Tournament as a fund raising event for local charities.  It became a non-profit organization in 2006.  In addition to promoting adult men and women’s recreational amateur hockey, their charter is to serve the local community through charitable fund raising to help and aid the disadvantaged and needy.

The proceeds from their first tournament in 2005 were donated to the American Diabetes Association. Over the next few years their charitable fund raising grew in support of both local and national causes.  Those causes include domestic violence, Alzheimer’s Disease, local food banks, Salvation Army, returning veterans and the Connecticut Storm, a special needs hockey club focused on Autism.

Fast forward to this Oct, 2016, the tournament, held at the municipal hockey complex in near-by Danbury, hosted 30 teams and over 450 players from a dozen states in the 3-day event, where the teams battle for the revered King Crab Trophy.

Sporting 4 different age divisions including a 40+ Women, 50+ and 60+ men (Elite and Competitive), and 70+ Men, the tourney has reached an impressive milestone by raising over $100,000 in charitable contributions.

For more information on the Olde Crabs Hockey Club, their history and the annual charity tournament in Danbury, see their website => HERE.

Ron had to give up his position as President and Tournament Chairman in 2011 when he shattered his hip prosthesis on his 70th birthday playing hockey.  The doctor advised him to quit since the break was so severe it couldn’t be repaired again.  Ron is still involved with fund raising efforts and has been given the title of Olde Crab Emeritus.

President’s Report to the Competitors

Here are current President and Tournament Chairman, EC Hoffman’s comments after the 2016 tournament… 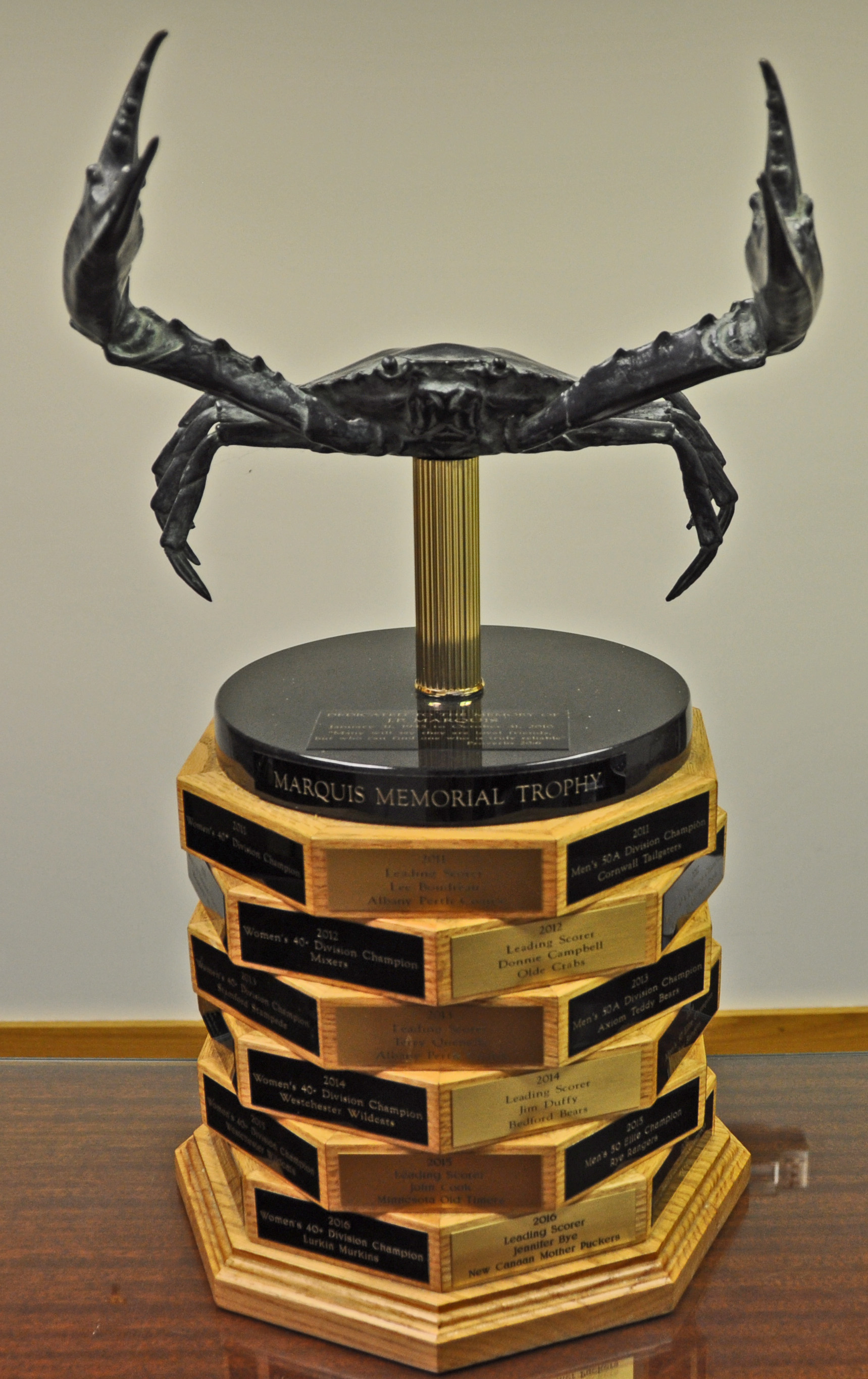 “The dust has settled, the winners are basking in their glory, the losers are dreaming about next year, and  the tournament Committee has finally closed the books on the 2016 Olde Crabs Senior Invitational Tournament. As President and tournament organizer, I would like to say thank you to all the Competitors who made the 2016  Tournament such a huge Success.  Speaking for all the Olde Crabs, we thank you for your participation, your competitive spirit, and especially your donations to our charitable mission. The competition was excellent in all divisions. The sportsmanship was outstanding, there were few if any complaints about the refs and, as far as I know, we suffered no serious injuries except for one broken foot. In and of itself, reason to celebrate (sorry Jamie).

As you may know, the Olde Crabs Hockey Club is a not for profit charitable organization and the Tournament is a charitable undertaking. Your registration fees cover the costs of putting on the show but through program advertising sales and our fund raising website the Club generated over $20,000 that will go towards our charitable mission. This years’ record breaking effort is another milestone as it will take us over the $100,000 mark of charitable contributions since we began the tourney in 2005.  Playing ice hockey while generating charitable funds to help those in need is a win-win.

We’re proud of our achievement, thank you for being part of our team.” 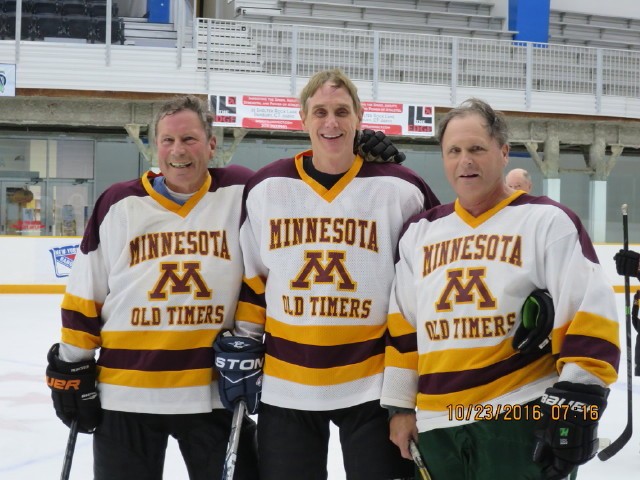 When the Olde Crabs tourney started in 2005, Ron called his old classmate Phil back in Minnesota and invited the MN Oldtimers team to Danbury to try their luck.  It appears luck was not involved as the Minnesota team, made up of a group from Jim Westby’s old timers who have been playing in Bloomington for years, plus the famous Cook brothers from the east coast, have amassed an impressive record of 45-3 over the 12 years since 2005. 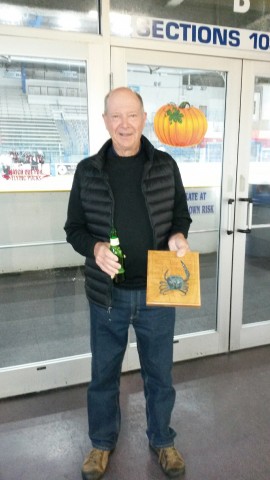 The 2016 version kept that winning streak intact, as they went 4-0 and took home the coveted King Crabs trophy.  The game scores were:

It’s a good bet they are already looking forward to 2017 to defend their title and to help fund a great charitable cause, all started by longtime friend, classmate and Minnesota native, Ron Faanes.

Yes, Ron, there is a common hockey gene that links us all together.  It’s quite the fraternity! 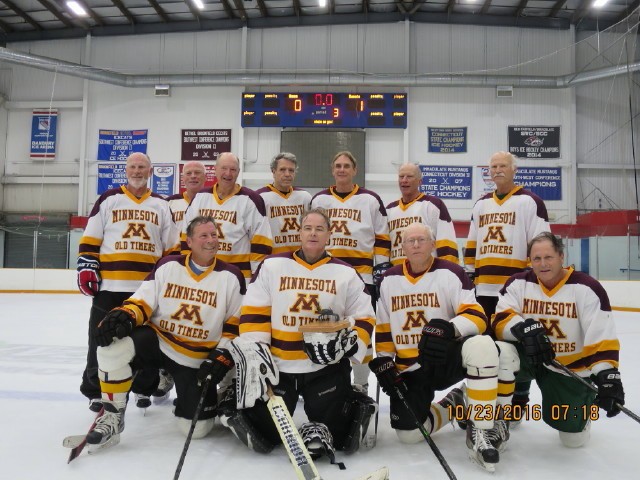