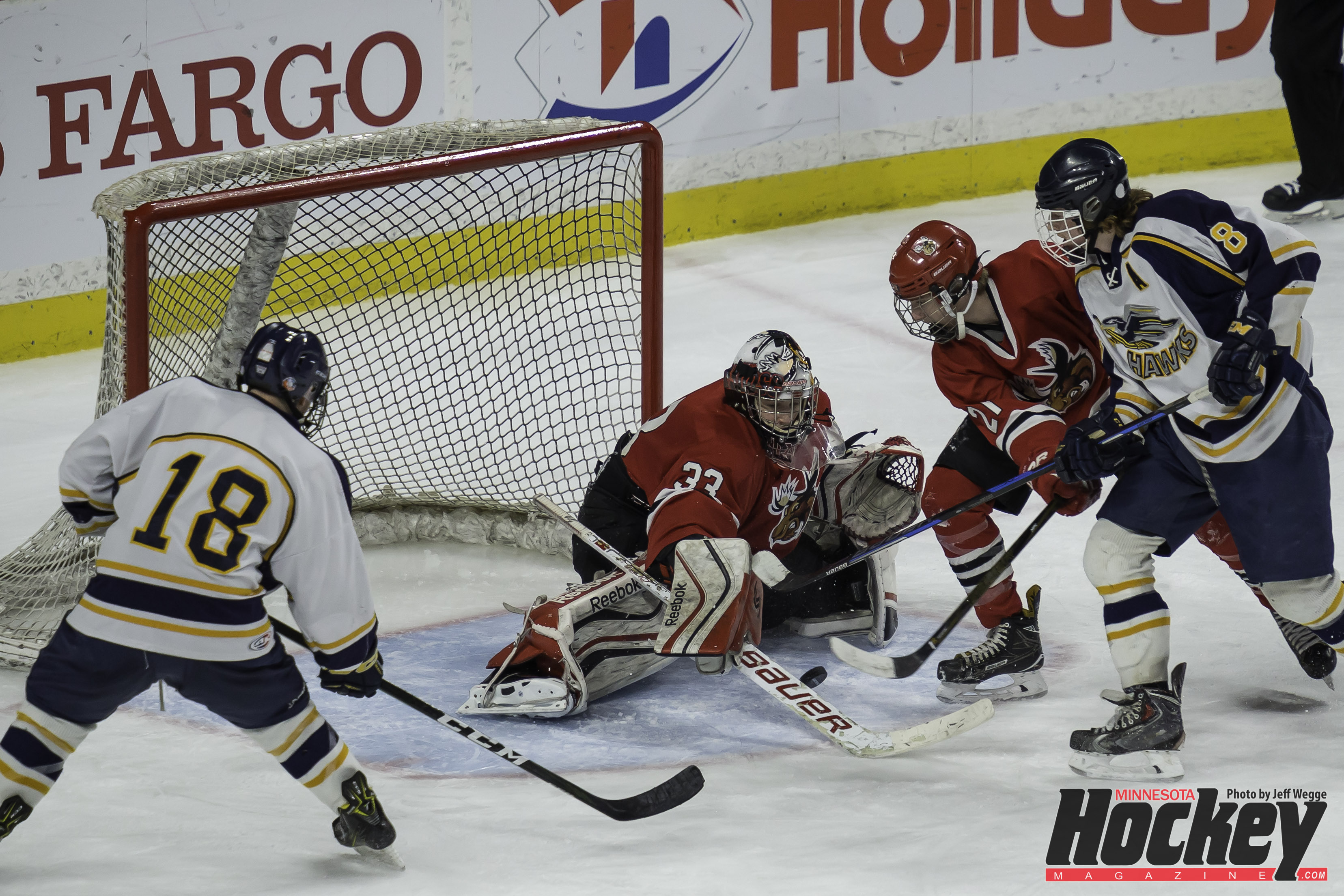 The third game of the Class A quarterfinals at the Minnesota state high school hockey tournament, on its face, appears to be the matchup that might hold the most intrigue for an obvious reason.

Monticello will take on top-seed Hermantown in a rematch of the 2017 Class A championship game – which the Hawks won in double overtime – allowing the opportunity for the Moose to exact its revenge.

But this is a different Monticello team with different goals and expectations with just some of the same pieces off last year’s team that made the memorable run to the title game. The former Monticello/Annandale/Maple Lake also dropped its co-op with Annandale, going by just Monticello now despite Maple Lake remaining part of the co-op.

“It’s the same experience, but with a different group of guys,” said junior forward and captain Troy Dahlheimer.

“Last year, going into the tournament, our coach told us to enjoy the experience (of state) and just have fun. It turned out, once we got past the No. 2 seed (Delano), it only got easier from there. We knew we were a good team, we were really excited and that’s what drove us all the way to the championship.”

The primary instinct may be to figure Monticello returns an experienced roster with a group that’s played on the big stage, but only eight players return from last season’s roster.

The Moose will rely on Dahlheimer, who had two goals and three assists in the Section 5A Playoffs, for an offensive charge.

Monticello lost St. Cloud State verbal commit Ben Ward (a junior last season who scored 28 goals with 50 assists in 2017-18) to the NAHL and Nick Zwack (31 goals, 31 assists) to graduation. Both were Dahlheimer’s linemates.

“We’re a young team, but it really shows what our program has in store,” said Dahlheimer, who’s the Moose’s top-returning scorer from last season when he had 45 points and has mirrored that total with 45 points heading into state.

“We’ve really been letting these young guys know what an unreal experience the state tournament is.” 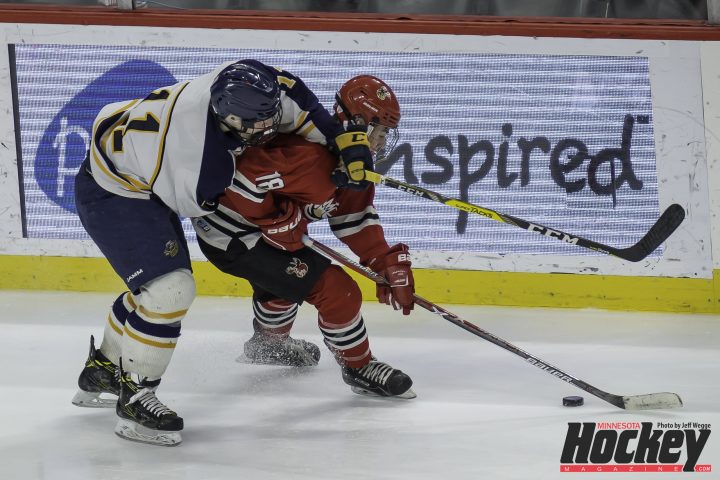 An eight-game stretch in which the Moose went 2-5-1 to end the regular season could’ve sent the team stumbling into sections. Monticello took that skid not only as a team-galvanizing experience, but also to get familiar with top-notch opponents.

Ranked Class A teams like Sartell and St. Cloud Cathedral beat the Moose, as did state tournament entrants Litchfield/Dassel-Cokato (Class A) and St. Michael-Albertville (Class AA).

“At the end of the year, we played faster teams and I like to think it helped our team play faster once we got to sections,” Dahlheimer said.

Added Monticello coach Eric Nelson: “We weren’t looking down at that point. We knew we had work to do. Sartell was a good team and we played them tough. We knew if we played like we did against Sartell and the way we played for a period and a half against Cathedral, we’d have a good opportunity to make it out of our section.”

Nelson said senior captain and defenseman Tyler Anderson is another key returnee from last season who wants to leave his mark on the program.

The goaltender Tyler Klatt is back to help the Moose attempt to replicate last season’s success and his team will likely need him to replicate his own success in order to make that happen.

Klatt posted a .929 saves percentage in the 2017 postseason and he’s been steady lately, stopping 94 percent of the shots he faced in sections.

“Klatt’s really stood on his head at times,” Dahlheimer said. “He comes up big on breakaways and good shots. He can make big saves when we need one.”

Klatt may have been the main reason the Moose were able to hang with Hermantown in the championship for three regulation periods and nearly two overtimes. He held the Hawks scoreless on 15 shots after the first period, which Monticello finished with one shot on goal.

The Moose put two quick goals on the board early in the second period, but Hermantown tied the game at three late in regulation to force OT.

Just when the game appeared to be lost on a goal in the second OT, the goal was overturned because of goaltender interference on the Hawks, giving Monticello new life.

“After the goal, I burst into tears,” Klatt said. “And when they called it off, I think we got momentum back a little bit.”

Hermantown has experienced big changes of its own, with longtime coach Bruce Plante’s retirement after last season. Also gone is Samberg, a second-round NHL draft pick and defenseman at Minnesota-Duluth, and Minnesota State commit Ryan Sandelin.