The Moose Are Loose 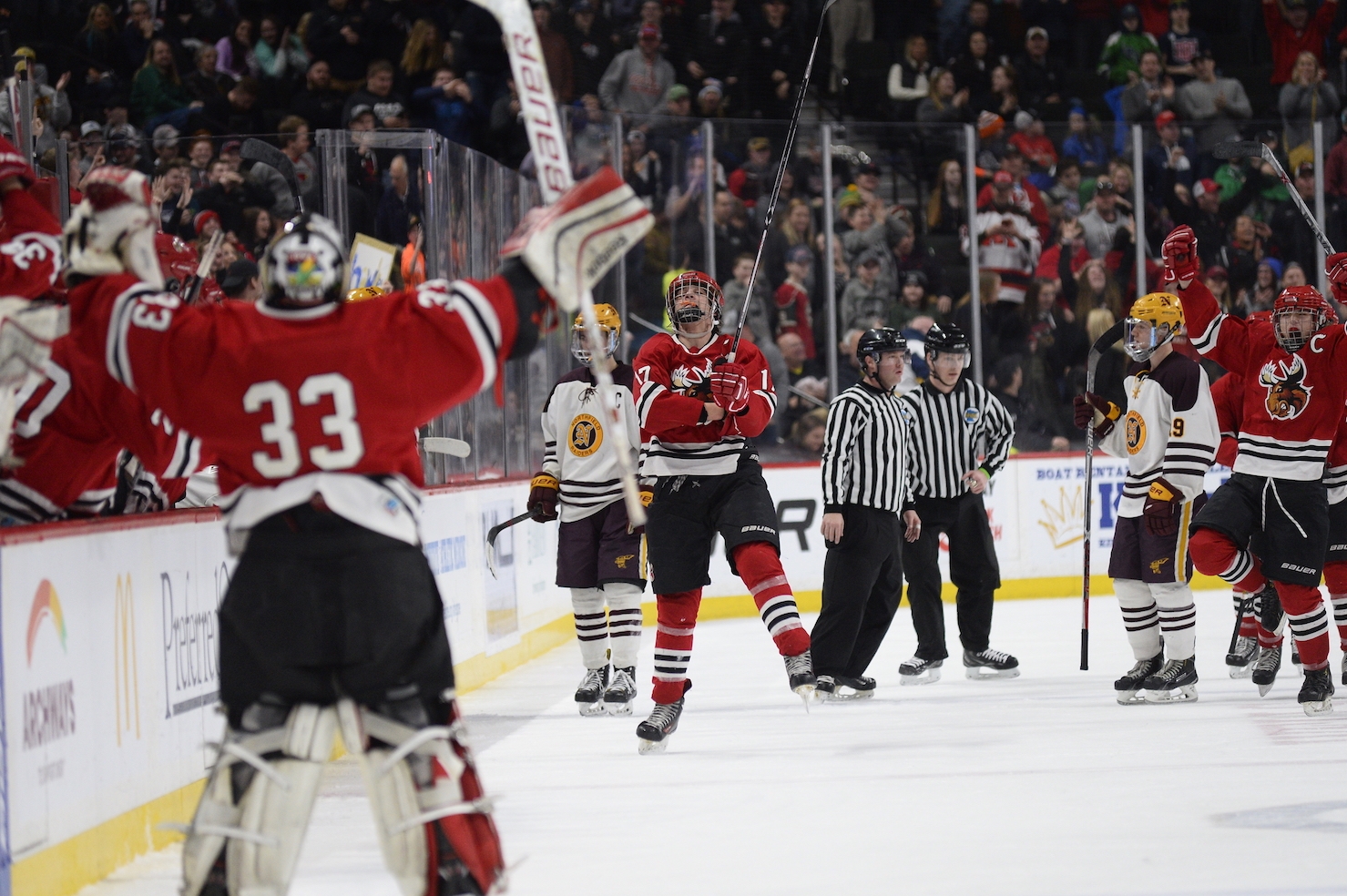 Nic Zwack Arrives at the MAML bench to celebrate his game winner with his teammates. (Photo by Tim Kolehmainen / Breaksdown Sports USA) 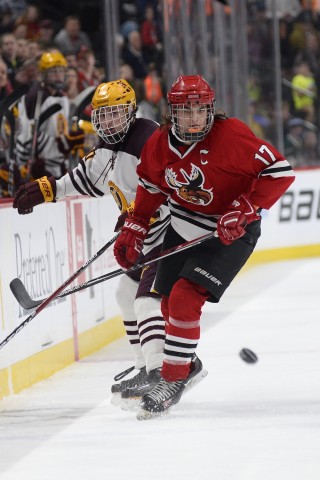 Get the puck, put it on net and hope for the best pretty much sums up Nick Zwack’s thought process.

The Monticello/Annandale/Maple Lake senior forward forward said he wasn’t exactly sure how much time was on the clock either when he let it go.

And considering how stellar Ryan Bielenberg had been in the Northfield net all game, no could believe what was about to happen with the score tied.

Zwack’s slow, wobbly shot managed to make its way through skates and sticks and slowly trickled between Bielenberg’s pads with 2.3 seconds on the clock.

“We just trying to keep firing on net and hope we could get something to trickle in,” Zwack said. “I got the puck on its side and fired it with a hope and a prayer, I guess.”

MAML is on its way to face the Hermantown/St. Cloud Cathedral winner at noon Saturday, to extend the Moose’s first state tournament appearance.

It upset No. 2 Delano and Northfield took down No. 3 Mahtomedi on Wednesday. It was the first time since two unseeded teams made the Class A semifinals since Hibbing/Chisholm and Thief River Falls did it in 2011.

MAML will be the first unseeded team to play in the title game. Fourth-seeded Breck was the lowest seed to reach the final in 2004 when it beat Breck 7-3.

“This whole experience down here has been kind of surreal,” MAML coach Eric Nelson said. “(The players) are having a lot fun with it.”

Frustration began to mount on the Moose bench as the second intermission loomed. MAML had seen plenty of scoring chances falling short, like when a Troy Dahlheimer shot was kept out of the net by the butt of Bielenberg’s stick in the second period.

“We were furious on the bench, knowing we were getting plenty of scoring chances and they weren’t going in,” said.

Then the momentum shifted in the Moose’s favor for the remaining 18 minutes. Ben Ward was able to bury a rebound off a Casey Chiodo shot with a minute left in the second period.

Chiado scored the tying goal at the 10:39 mark of the third period. 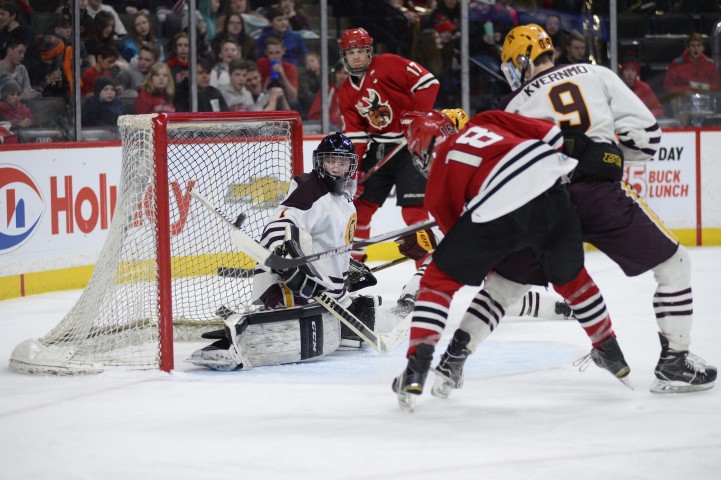 Northfield goaltender Ryan Bielenberg makes a save with the shaft of his stick. (Photo by Tim Kolehmainen / Breakdown Sports USA)

On the other end of the rink, Bielenberg, a senior, finished 37 saves. He also had the courage, after allowing such a devastating and fluky goal, to represent Northfield at the press conference after the game, although it was tough to find the words to describe the final goal itself.

“There’s nothing I would trade this experience for,” Bielenberg said. “Obviously, I’m going to be thinking about this for a while, but it was really special.”