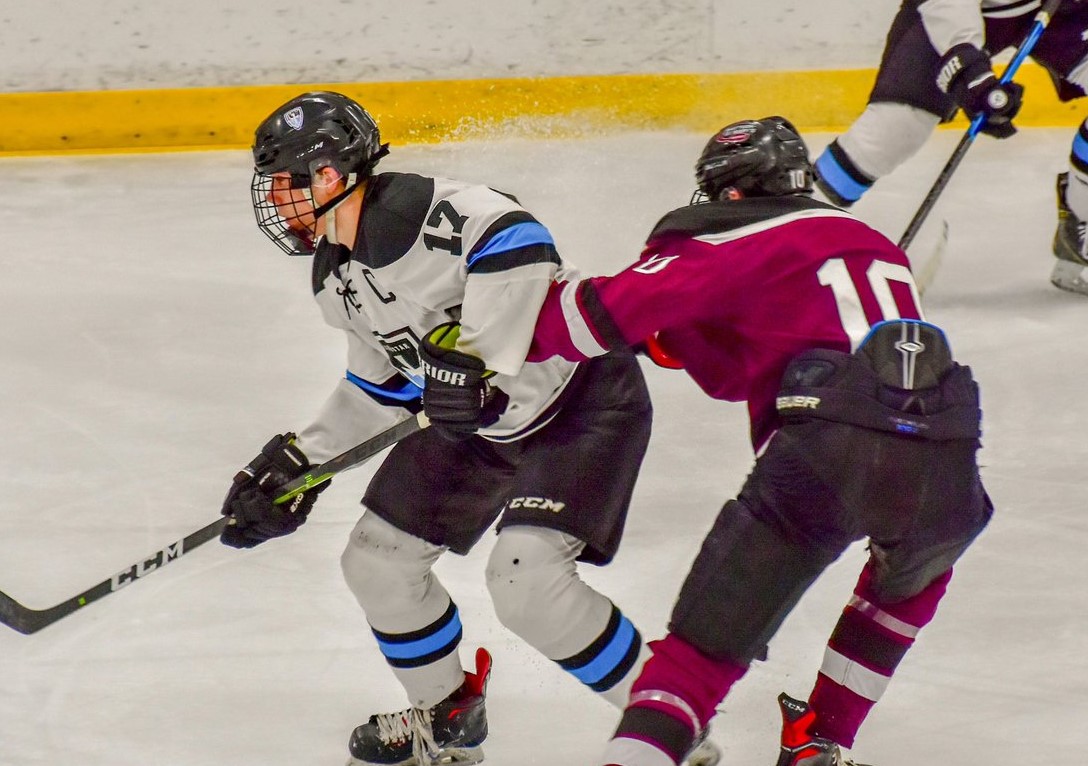 Knights Win 40th and 41st Games of the season

ALEXANDRIA, Minn. (March 19, 2019) – The NorthStar Christian Academy Knights won their 40th and 41st games of the season this past week-end beating Shattuck St. Mary U18 AAA team by scores of 6-1 and 6-2.  The wins, combined with 2 earlier wins against Shattuck in Faribault, MN  back in December, improved the Knights record to 13 wins and 3 losses (2 in overtime) against the top AAA teams (Madison Capitals, Iowa Wild, Sioux Falls Power and Shattuck) in the region.   The Knights overall record improved to 41-10-6, far exceeding all expectations that leadership had for the team’s first season in Alexandria. 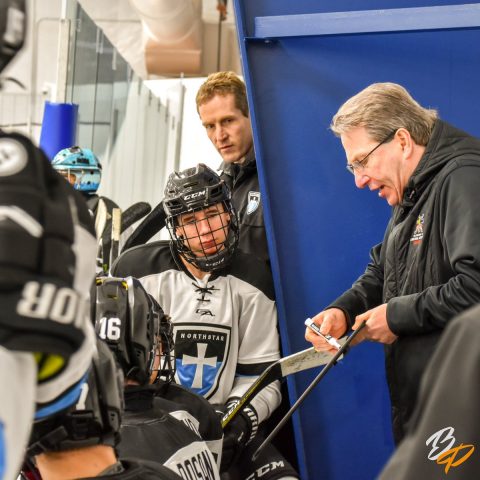 Coach John Olver drawing up a play during the game

Both games saw the Knights jump out to early first period leads and saw the Knights dominate all aspects of the game.  All 3 Knights goalies made key saves when tested, and the defense did a great job at limiting second chance opportunities.  The Knights offensive power and strong systems allowed for sustained offensive pressure that Shattuck could not handle.  The Knights put up 50 plus shots on goal each game while limiting St. Mary’s to under 30 shots in each game.  Key scoring by Knights forwards Jackson Vercellono (3 Goals in 2 games) and Jens Richards (4 Goals in 2 games) led the attack while defenseman Tyler Ryder and John Drury helped set the tone with their physical play.

The Knights wrap up their season with 2 remaining games in Sioux Falls this upcoming week-end.

Junior Knights forward Connor Kemp became the first Knights player to sign a NAHL tender when he signed with the New Mexico Ice Wolves.  Senior Co Captain Joey Dosan has also received NAHL tender offers but has yet to sign one as he weighs out his options with the Knights coaching staff.

The Knights expect to have the majority of the roster back for next season as they only lose 5 players due to graduation.  The players will stay in Alexandria to finish up the school year while continuing to work on their skating and stick skills for 90 minutes a day as well as training in the PEAK performance training facility. 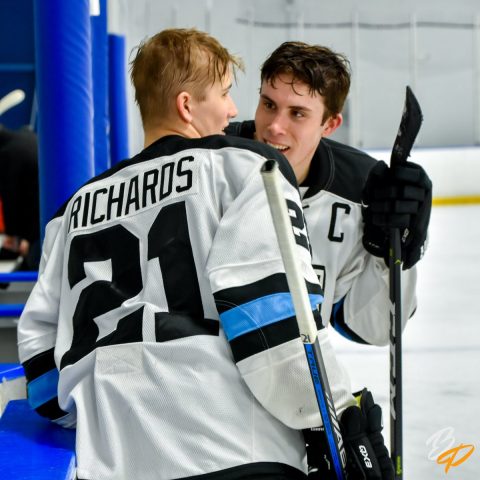 Jackson Vercellono and Jens Richards account for 7 of 12 goals

“Success for the Knights will be measured by our players growth on the ice and spiritually,” says Rick Randazzo, Hockey Director for NCA as well as Executive Director for the Fellowship of Christian Athletes (FCA) Hockey, “We fully believe that our players will improve dramatically on their skating, skill work and team play but also deepening their relationship with Jesus Christ.” Coaches will invest in the players spiritually on a daily basis through team bible studies, one on one mentoring, class work and community service.