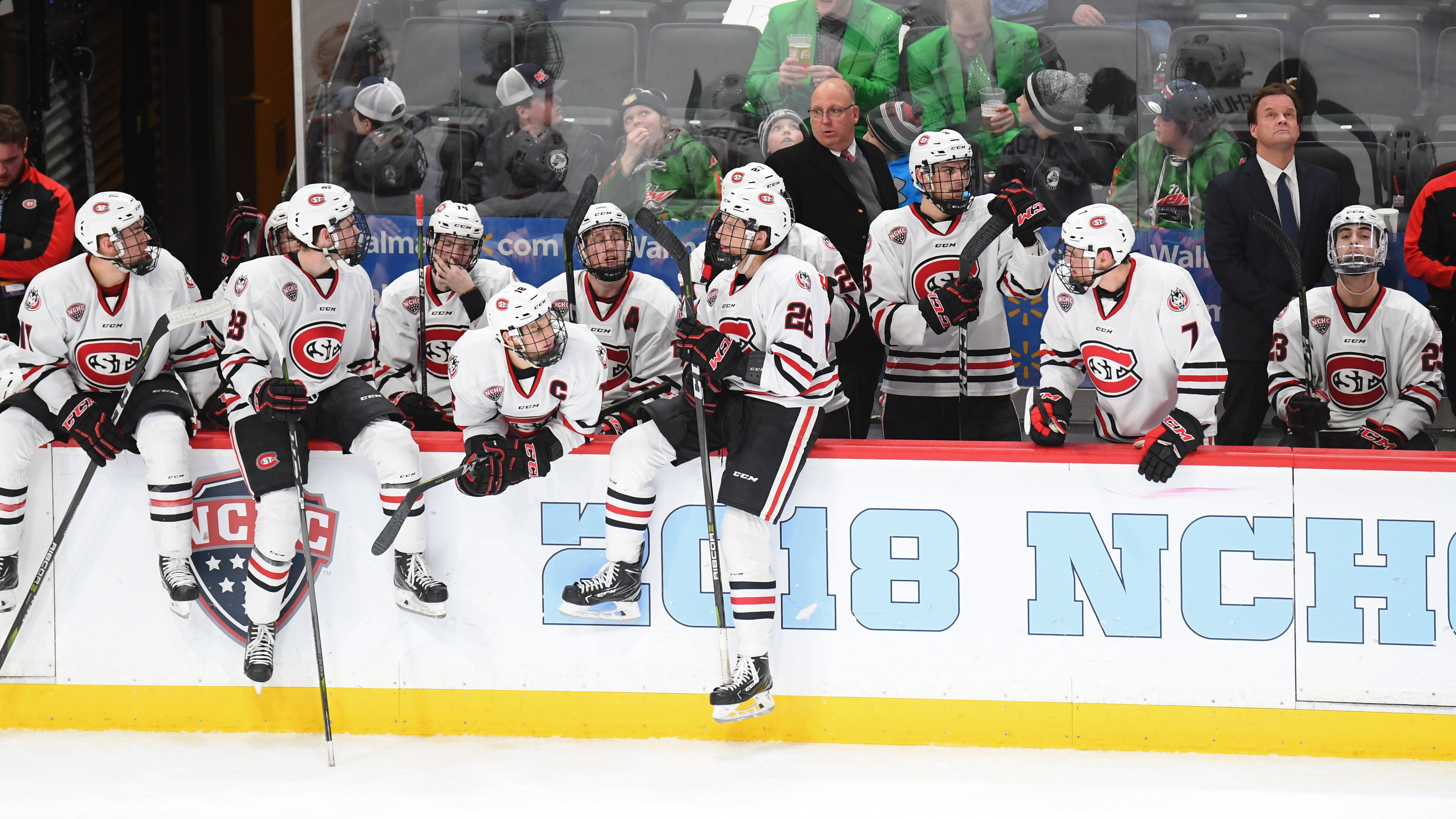 SCSU, UMD and MSU have been seeded at the West Regional in Sioux Falls, SD at the NCAA Tournament.

The NCAA selection committee have announced the 16-team tournament for the 2018 Division 1 tournament. Three schools from the State of Hockey will be represented: the St. Cloud State Huskies, the University of Minnesota Duluth Bulldogs and the Minnesota State Mankato Mavericks. All three schools were seeded at the West Regional in Sioux Falls, South Dakota.

SCSU is the No. 1 seed among the entire field and will play Air Force in their first round matchup; with UMD and MSU seeded second and third and will play one another as well.

The winners of the first two games will meet in the regional final for the rights to go to the Frozen Four.

With all three Minnesota-based schools seeded in the one regional, there can only be one Minnesota school represented at the Frozen Four, which will be held in St. Paul on April 5th and 7th.

Tale of the Tape

The St. Cloud State Huskies have spent a good amount of time near the top of national polls. SCSU boasts a very balanced attack on both sides of the ice as the team has scored 143 goals this season – second to only Minnesota State.

Hobey Baker finalist Jimmy Schuldt is a mainstay on the blue line, while Robby Jackson and Mikey Eyssimont pace the team with 42 and 39 points respectively

Head coach Bob Motzko has used a goalie tandem all season with David Hrenak and Jeff Smith appearing in 24 and 19 games.

Minnesota State and their prolific offense have been causing havoc on their opponents all season. Seniors C.J. Suess – also a Hobey Baker finalst – and Zeb Knutson each have 40-plus points on the season.

The team’s depth is incredible as fourteen players on the Mavericks roster have double-digit points on the season.

Although, the unsung hero of the team is senior goaltender Connor LaCouvee, who’s 1.76 GAA is the third best figure in the nation.

Meanwhile, the UMD Bulldogs might be penning a thank you note to a barrage of schools. After a wacky turn of events on Saturday, March 17, that bounced the University of Minnesota Gophers out tournament consideration, the Bulldogs received the last at-large bid into the tournament. 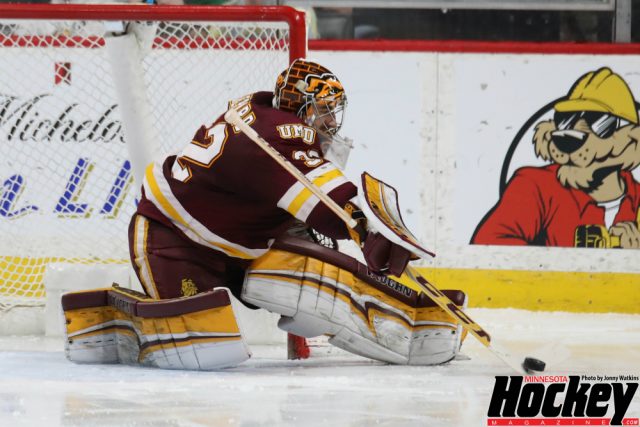 Duluth trotted to St. Paul for the NCHC Frozen Frozen Faceoff red hot having won seven of their eight. However, the team played two disappointing games this past weekend losing to Denver 3-1 and North Dakota 4-1.

Despite losing key players that made the National Championship game last year, a solid group of underclassman have UMD back in the tournament. Sophomore goaltender Hunter Shepard is a rock between the pipes, owning a .924 save percentage while also pitching eight shutouts this season.

Finally, the Air Force Falcons are back at the NCAA Tournament for a second straight year. Led by their fearless bench boss Frank Seratore, the team won the AHA conference tourney.

The puck will drop from the Denny Sanford Premier Center at 4:00 P.M. on March 23rd.