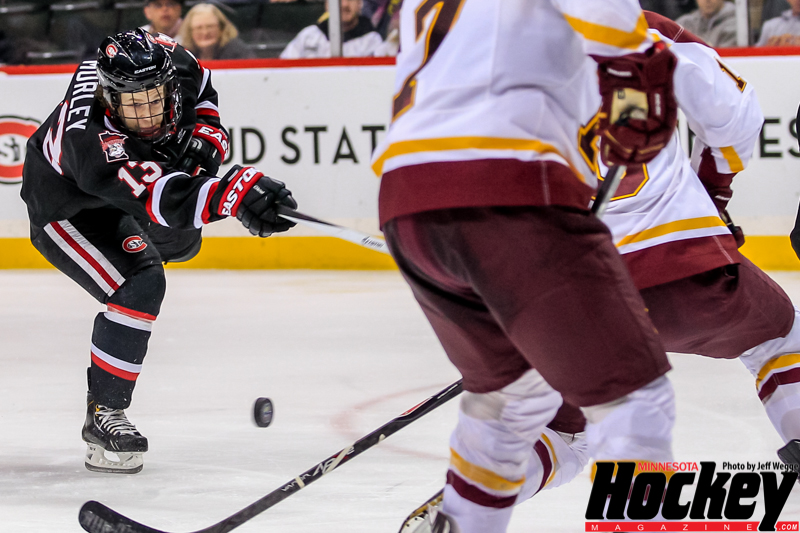 The National Collegiate Hockey Conference (NCHC) announced its Bauer NCHC Players of the Week for the week of Feb. 9-15 on Monday with St. Cloud State junior forward David Morley capturing its Offensive Player of the Week award.

The junior forward from Richmond Hill, Ont. contributed four points (2g, 2a) and finished a plus-2 on the weekend as St. Cloud State earned a road split at No. 6 Minnesota-Duluth. Morely assisted on both SCSU goals in Friday’s series opener, a 4-2 Bulldogs win, and scored twice, including potting the eventual game winner, in the Huskies’ 4-1 win on Saturday at Amsoil Arena.

Morely’s point-scoring streak has now reached six games including two points in each of his last four games.