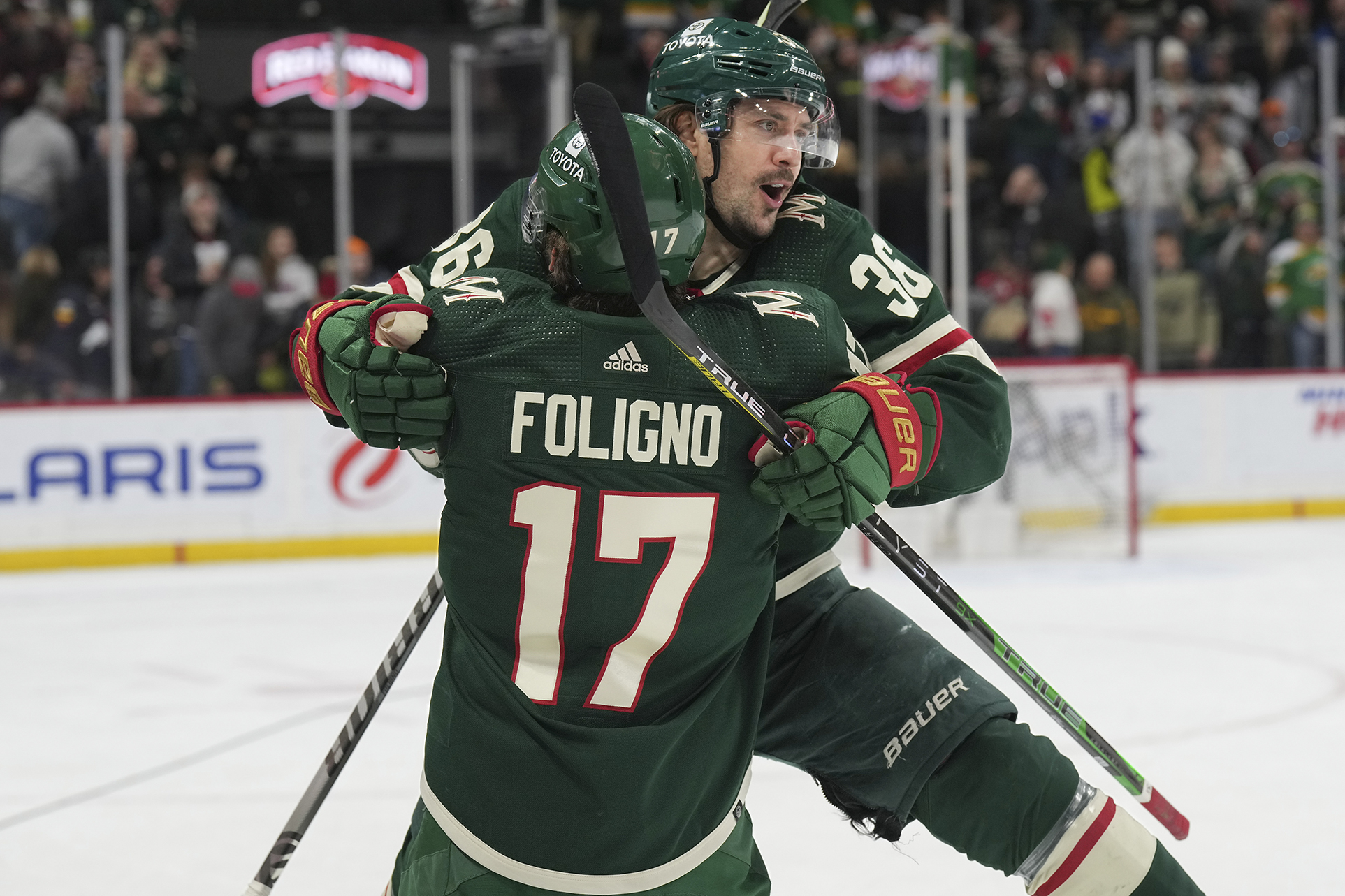 Scenes like this have become increasingly common for Minnesota over the past 19 games. (MHM Photo / Rick Olson)

There was concern about the Wild’s slow start expressed two months ago in this space. It was based on the fact the team seemed intent on trying to copy its regular-season formula from 2021-22, even though it was clear that was a misguided and losing plan.

The Wild had a franchise-record 113 points thanks to 11 overtime wins, nine multi-goal comeback victories and an offense that finished fifth in the NHL by averaging 3.72 goals per game. That success — driven in large part by Kirill Kaprizov and Kevin Fiala — enabled the Wild to get away with finishing 16th in the league in goals given up per game (3.04).

Problem is Fiala’s 33 goals and 85 points were now in Los Angeles and the Wild’s attempts to get cute with the puck, and shirk defensive responsibilities, had resulted in an 0-3 start in which they were outscored 20-12. That eventually became a 7-8-2 start before the Wild accepted that other than Kaprizov and Mats Zuccarello, no one else on the roster had the ability to try to make skilled plays. 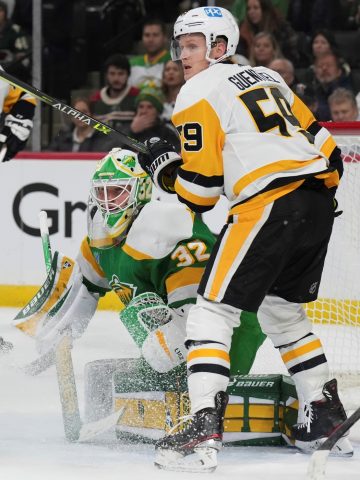 The Wild have rebounded nicely since a bad loss to Jake Guentzel and the Pens on Nov 17. (MHM Photo / Rick Olson)

Coach Dean Evason finally got this message through after a 6-4 loss to the Pittsburgh Penguins on Nov. 17 at Xcel Energy Center. The Wild have won 14 of 19 games since that time. This includes winning streaks of four and six games.

So what is the biggest thing that has changed?

In the Wild’s first 17 games, they surrendered 3.12 goals per game — a higher figure than they gave up last season. That wasn’t going to work since the Wild was only scoring 2.8 goals per game. But Evason’s team has flipped the numbers since their hot stretch began and are now averaging 3.14 goals per game and giving up 2.81. The latter figures puts them 11th in the NHL and the former 18th.

It helps that the Wild have gotten healthy with Ryan Hartman and Jordan Greenway returning and Matt Dumba’s play on the blue line improved after a rough start. Defenseman Jared Spurgeon continues to be an important presence, almost always making the right play at the right time in front of Marc-Andre Fleury or Filip Gustavsson. The Wild also added a much-needed presence to the locker room in late November by acquiring winger Ryan Reaves from the New York Rangers.

Reaves has settled into a spot on the fourth line and while he only has four assists in 17 games since joining the Wild, his large presence (6-2, 225 pounds) accomplishes a couple of things. The 35-year-old winger gives the team the type of personality and vocal leader that seemed to be lacking. On the ice, Reaves’ presence creates extra space for everyone because no one wants to fight a guy who has dropped the gloves 77 times in his 13-year career. 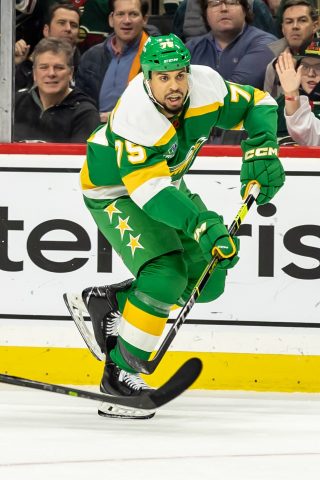 Ryan Reeves has had a subtle, but effective, impact on the Wild since his Nov. 23 arrival from New York. (MHM Photo / Jonny Watkins)

Reaves only fight since arriving on Nov. 23  came against the Red Wings’ Ben Chiarot and that was only because Chiarot was spontaneously sticking up for a teammate that Reaves had crushed. Reaves easily won the fight in a Wild victory, one of 12 he has been around for since being acquired.

The most recent victory — the Wild will play host to the Tampa Bay Lightning on Thursday — was in St. Louis. The Wild have had their struggles against the Blues, including being eliminated by St. Louis in the first round of the playoffs last season, but beat them in St. Louis during the regular season for the first time since November 2018. Hartman, who has only played in 15 games, scored twice to bring his total to four goals and is playing on a work-man like line with center Frederick Gaudreau and winger Matt Boldy. Third-line winger Marcus Foligno and fourth-line center Mason Shaw also returned from injury-related absences in St. Louis.

“I think some teams can be one line, two lines, three lines, we can’t. We’re a four-line team,” Evason said. “Sure, Kirill, Zuccy, Steeler (first-line center Sam Steel) get a little bit more, or Kirill and Zuccy get 20 minutes a night, but after that the distribution of our minutes are pretty even and that’s how we have to play. We want to roll like that. We want to play as a group and a team. The nice thing is the players are committed to that as well.”

The St. Louis win was impressive in part because it came two nights after the Wild lost, 4-1, to the Stars at Xcel Energy Center. Minnesota’s first defeat at home in more than a month was the result of giving up three third-period goals against a more opportunistic opponent. Evason, who had been searching for answers early in the season, had no such problem after this defeat and was rewarded in St. Louis.

“This is a tough building,” Evason said ending 2022 with a victory. “I don’t care what (the Blues’) record is at. It’s a good team, they’re good players, they’re well coached. I think everybody was motivated to see where we’re at and we’re excited with the outcome.”