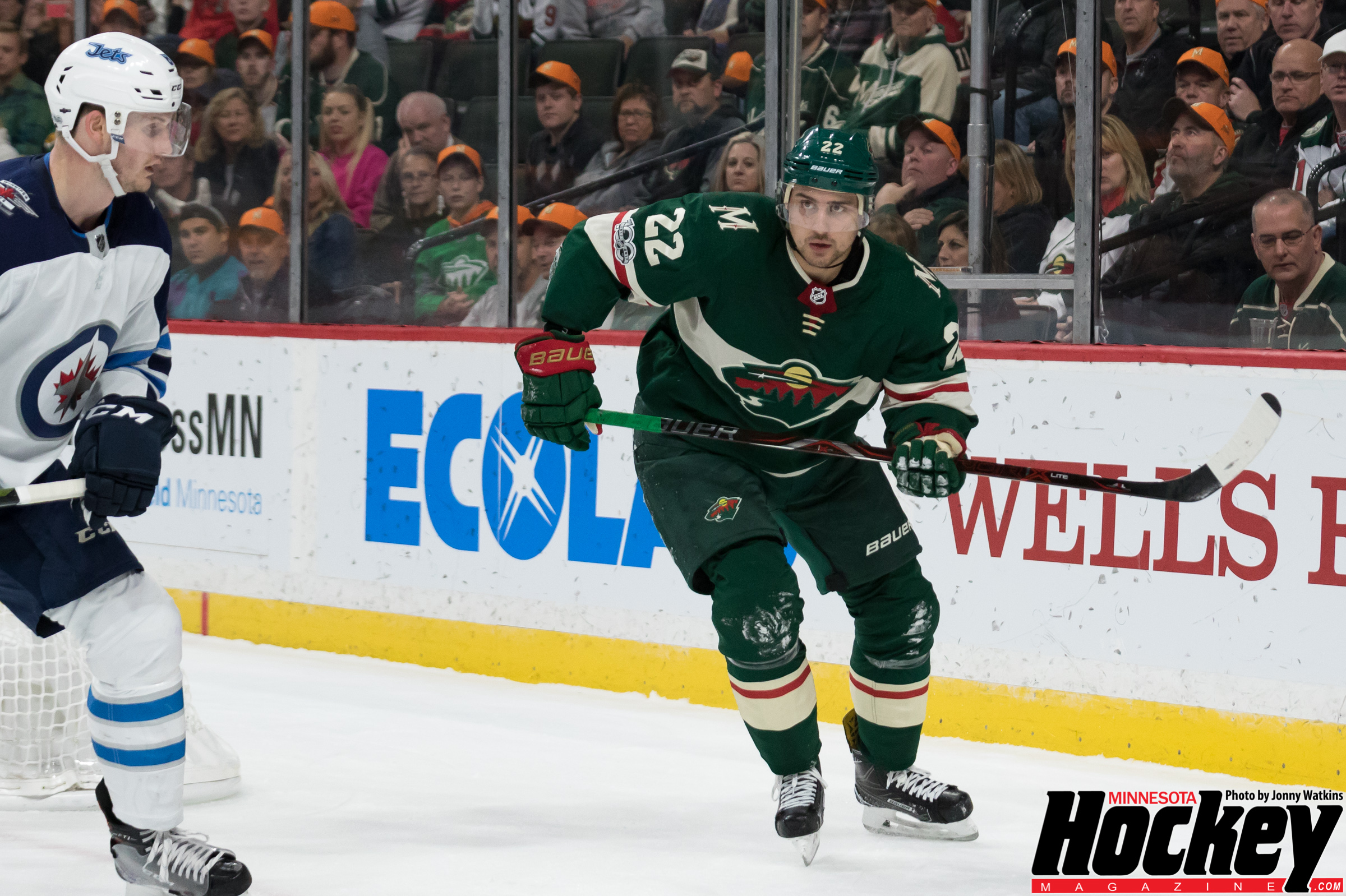 To say Nino Niederreiter has gone through rough patches this season and last could be considered an understatement. He suffered a high ankle sprain in the third game of last season in Chicago, which seemed to linger and pretty much derailed his fifth campaign with the Minnesota Wild.

Then this year, back with a healthy start, he struggled to get on the scoresheet. Niederreiter was held scoreless for the first 14 games and added only six assists before his first goal on Nov. 8 in Los Angeles. The relief on his face when that red light flashed was quite evident.

“Just to see what he was going through at the beginning of the year, it’s tough,” said teammate and recent linemate, Zach Parise. “We’ve all been through it. It’s not fun.

That’s because Niederreiter finally found the scoring touch. He scored four goals in three consecutive games starting Dec. 7 in Edmonton and then contributed in a couple Wild offensive explosions in 7-1 and 5-1 victories against Montreal and Florida. He went from three goals on the season to seven in less than a week, plus he has 11 assists for 18 points before the Dec. 18 contest against San Jose.

The recent success coincided with the success of his linemates, left-wing Parise, center Charlie Coyle and Niederreiter on the right wing. The roster got jumbled up a bit when an injury kept center Mikko Koivu out of the lineup for a few games.

Obviously, no one likes to be shorthanded in the personnel department, but Niederreiter seemed to relish the opportunity.

“It’s definitely a chance for us to step up and do good work,” Niederreiter said.

Against Montreal, each one of the trio scored a goal, at least one of them contributed to five-of-seven goals and their line combined for six points. It was a game where their line was clicking right from the first puck drop. 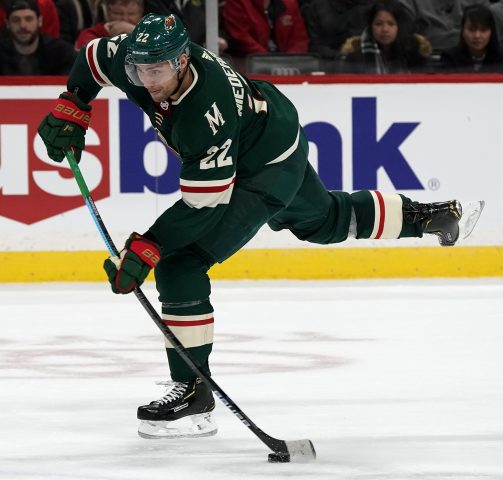 It was a dominant 7-1 win for the Wild to extend their winning streak over Montreal to eight games. And in a way, there was something to prove for the Wild, having just lost 7-2 in Edmonton a few days prior. They knew exactly what they had to do as a line, including bouncing back after the tough loss, according to Niederreiter.

“For us, everyone knew we needed a good start, and I think that’s what we had,” Niederreiter said. “Everyone was creating a lot of chances.”

He scored the first two Wild goals in the game against Florida, when their line combined for five points. Niederreiter was asked after the game why the line was clicking so well and he said it was a good question; he wasn’t sure. Though he did say there was another reason his game, in particular, looked so good lately: He’s been on the right wing.

“Probably staying on one side for quite some time, that definitely helped my game a lot,” Niederreiter said.

Both Parise and Coyle agree – and their opinion is probably a shared one – it’s great to see Niederreiter light the lamp lately.

Coyle said he sees Niederreiter doing the little things like using his big body, winning the puck battles along the boards and doing things in the Wild’s own end to get the puck out. Those details are paying off, according to Coyle, who was also injured in that game last year in Chicago, leaving his season injury-plagued as well.

For Parise, he said Niederreiter is a guy that has to get to the net. With the goal drought early in the season, maybe Niederreiter just wasn’t getting to the spots he needed to in order to score.

“I think sometimes when it’s not going well for whatever reason, scorers drift away from the net,” Parise said. “And I think he started to do that a little bit.

“You look at the goals he’s got, the deflections and the stuff in front of the net, I think that’s where he does a really good job. I think he’s moved on from the start that he had.”

Maybe it can be a good point to really kick Niederreiter’s season into high gear after last year’s injury-riddled and disappointing campaign. After playing all 82 regular-season games the past two years (and 80 and 81 games before that), Niederreiter skated in just 63 in 2017-18, scoring 18 goals and 32 points. He still has some work to do this season if he’d like to become a 20-goal scorer for the fourth time in his career, but playing with Parise and Coyle the way things have gone lately is a good start to challenging his career-best 25 goals and 57 points his put up in 2016-17.

And wouldn’t fans just love to see more of this relaxed play from Niederreiter? Like the kind guy who scored three goals and three assists in the 2014 playoffs and scored the opening-round clinching goal in overtime against Colorado to advance.

“It’s great to see him doing well and producing and smiling and having fun playing again,” Parise said. “Because he can be a really effective player, and we need him to be an effective player.”