No offense, but Wild still not scoring 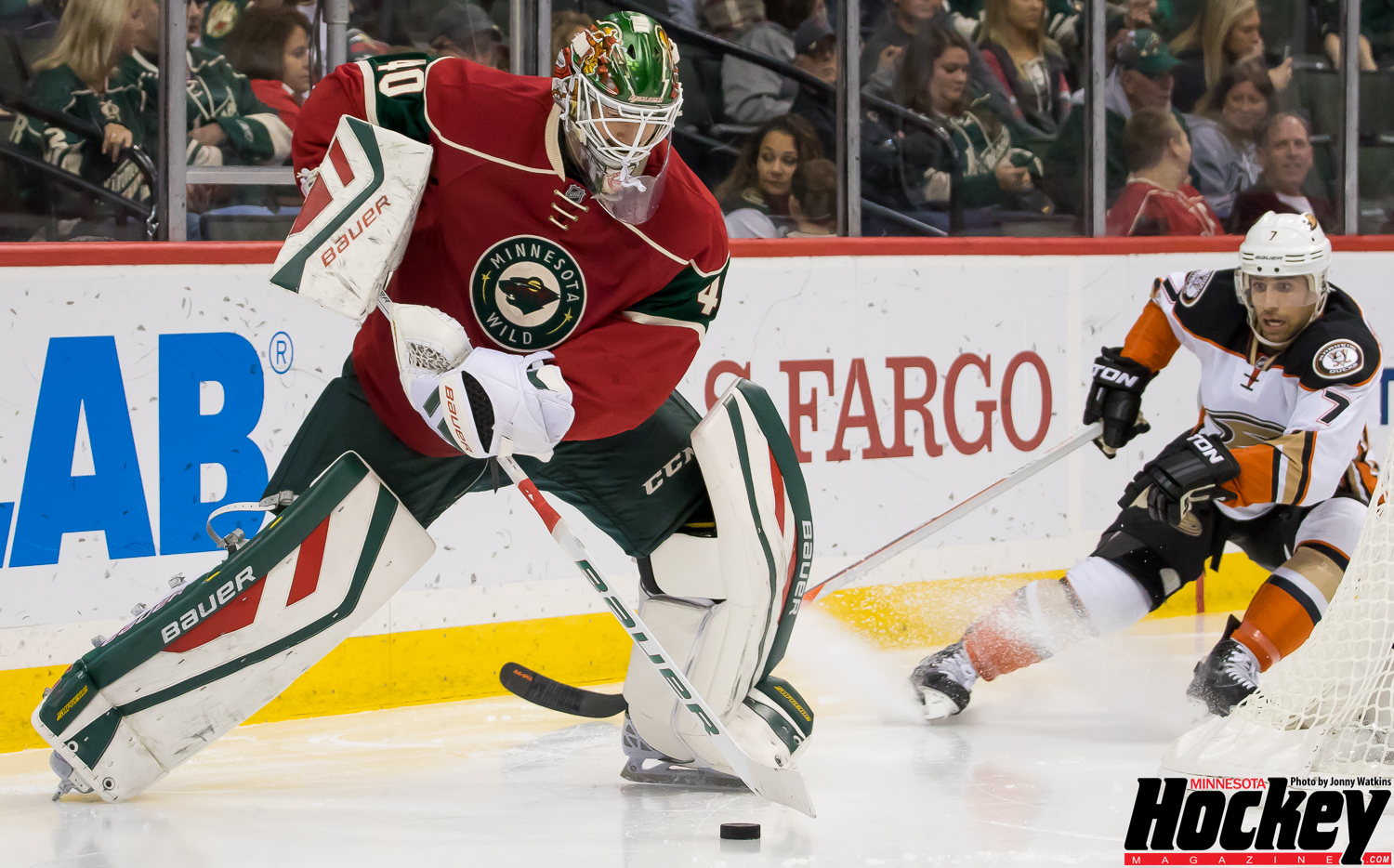 That’s because there is no easy answer to a diabolical stretch in which the Wild have scored just four goals through five consecutive losses.

Coach Mike Yeo took a long time to emerge from his dressing room Wednesday night after the latest Wild loss, a 3-1 defeat by the Anaheim Ducks at the Honda Center.

They’ve won just two of 10 games in 2016, cannot buy a power-play goal and have struggled mightily in nearly every third period.

“I feel for the guys right now,” Yeo said.

The Wild changed up their power-play units and have juggled personnel here and there without success. Yeo said the effort was strong and the team’s defense played tough, but that all came crashing down when Anaheim’s Rickard Rakell tapped in a back-door pass from Patrick Maroon with just 6:19 remaining in the third period.

When players are not scoring, Yeo muttered, “some of that detail starts to slip. The second goal’s a good example of that; I thought we gave them that one.”

Minnesota, which jumps back into action against the Kings in Los Angeles Thursday night, has scored just once on its past 32 power plays and has just 16 goals in its past 10 games.

“We had some chances,” forward Charlie Coyle said. “It just comes down to that we can’t put the puck in the net.”

Zach Parise, who plays on a line with Mikael Granlund and Jason Pominville, said it’s up to him and his linemates to get the Wild out of their scoring slump, and they have not been doing that.

Asked about his team’s dearth of shots in the past four third periods, when they have accumulated just 24 shots on goal, Parise shook his head.

“That’s an interesting stat,” he said. “I didn’t know that.”

Wild players talked before the game about “keeping it simple,” and they did just that, firing the puck deep behind the Ducks’ goal early and often.

Then the Ducks simply picked up the puck and brought it back out.

Minnesota’s snake-bit offense occasionally looked more like a two-bit offense. The only Wild goal came on a wrister from the slot by fourth-line center Jarrett Stoll, Stoll’s first goal since he was picked up on waivers five weeks ago.

“We had chances tonight,” Granlund noted, “but right now that’s just not enough for a win.”

Everyone with Minnesota seems bewildered by the lack of punch on offense. The assignment for the players, Coyle noted, is to not worry about it.

It obviously is, however.

Yeo is trying to look at the bright side. In his fifth season as Wild coach, he has endured mid-season slumps too often before but noted that those slumps seem to have toughened his guys.

The way out, he went on, remains the same as it did before.

“We’ve got to play tight and we’ve got to continue to defend as well as we have been,” he explained. “We can’t lose any focus on that part of our game, but we’ve got to find a way to create some more.”