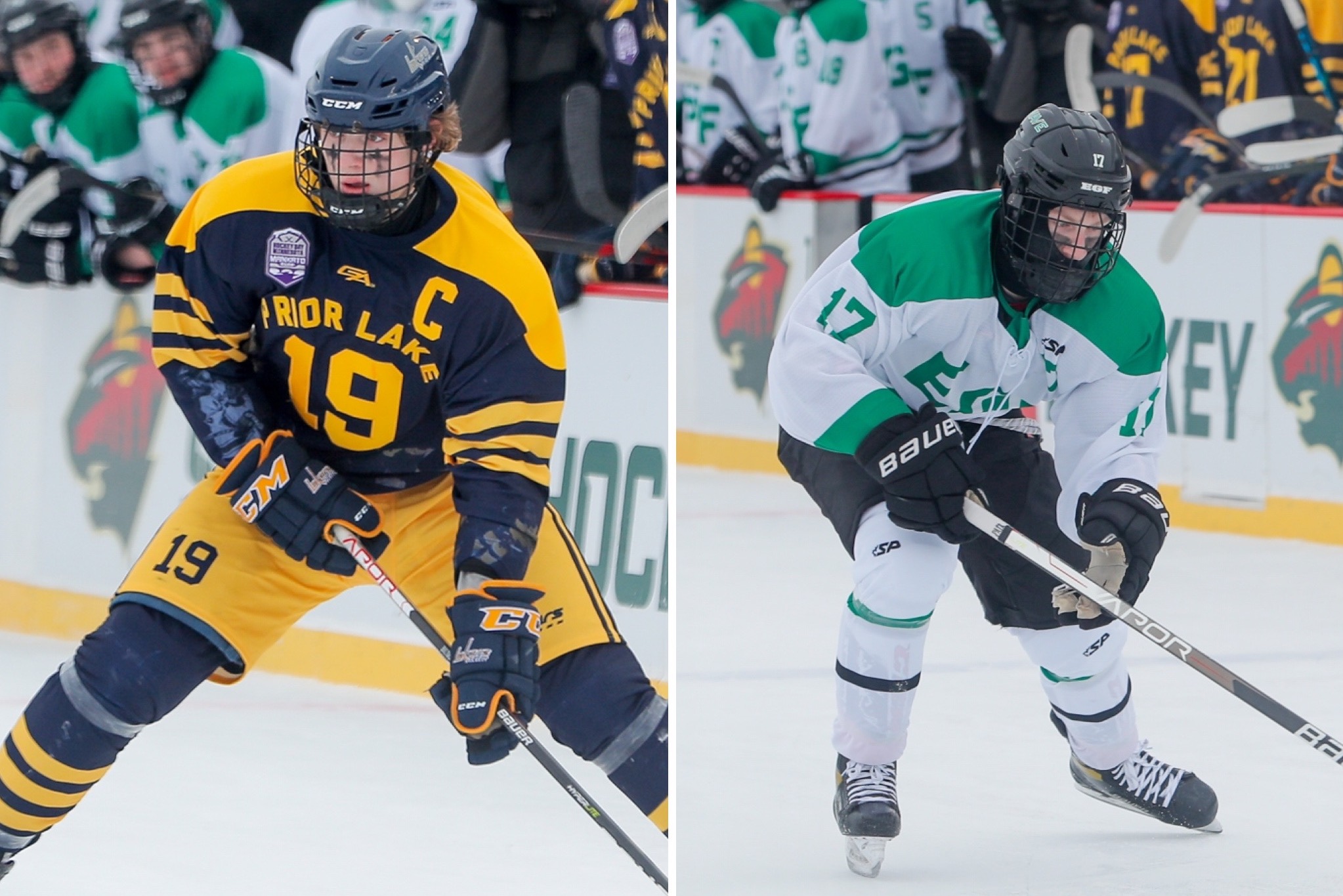 MANKATO, Minn. — Alex Bump weighed all his options at the conclusion of this year’s preseason with the United States Hockey League’s Omaha Lancers.

After six goals and 11 points in 14 games, the 6-foot forward wondered how the year would pan out in his favor if he stayed in Omaha instead of going back home to Prior Lake for his senior year.

Then he thought about not just the promising outlook on his season with the Lakers, but the Vermont commit also had his sights set on one particular calendar date: a match-up with East Grand Forks on Hockey Day Minnesota 2022 in Mankato.

“That’s a game you want to be a part, of no question,” said Bump, who has amassed 20 goals and 40 points through 17 games with the Lakers this season. “I definitely considered my development and what would be best for me, and the USHL would have been a great league to stick around in, but I couldn’t miss this game. I couldn’t miss this experience with my buddies and teammates.

East Grand Forks’ Jaksen Panzer had a similar dilemma. The junior forward started the year with nearby Minot Minotauros of the North American Hockey League where he notched five goals and 13 assists in 16 games. Panzer leads East Grand Forks with 17 goals and 33 points in 15 games this year.

For Panzer, equally as alluring was the potential promise of another Minnesota State High School Boy’s Hockey Tournament where the Green Wave has made six appearances in nine years.

“Of course you come back (to high school) with the goal of making the state tournament,” said Panzer, who plans to attend the University of North Dakota post-high school. “We’ve gotten really close the past few years and we’re right there.

“But, I also saw this Hockey Day game as one that you really only get one shot at, and not everyone even ever gets this chance. To have a full crowd and prime-time television — bigger than even the state tournament broadcast — who wouldn’t want to come back and play with their team in a game like that?”

Bump also acknowledged the crowd following the Lakers 7-1 victory against the Green Wave.

“That was the coolest thing,” said Bump who tallied 4 assists and a goal in the game. “I had my mom and dad there and just to see everyone cheering us on, it was pretty great.”

Between the crowd, the broadcast and the phenomenal set-up from host city Mankato: Any regrets?

“None at all,” chimed Panzer.