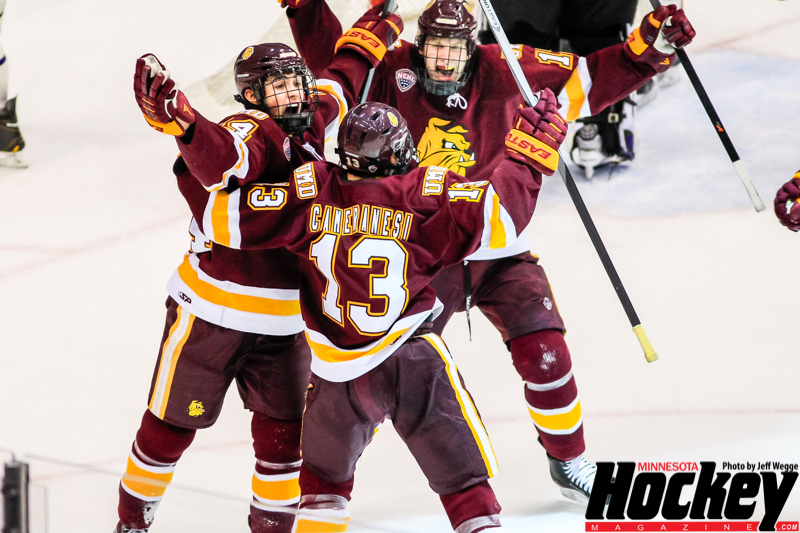 The National Collegiate Hockey Conference released its Preseason Poll Thursday in advance of its Media Day with North Dakota expected to finish the NCHC’s second season on top in the eyes of the 25 media members who voted in the poll. UND received 181 points overall including 12 first-place votes, three more than second place Miami.

The lone other team to receive first-place votes was St. Cloud State with four. The defending Penrose Cup champions were selected to finish third, receiving 151 points overall in the poll.

The Huskies won the inaugural regular-season title with a record of 15-6-3-0 and finished 22-11-5 overall while reaching the NCAA West Regional Final. SCSU brings back 21 letterwinners from that team, led by junior forward Jonny Brodzinski, who on Wednesday was selected to the NCHC’s first-ever Preseason All-Conference Team.

Minnesota Duluth came in fifth in the poll with 112 points, just 5 behind fourth place Denver. The Bulldogs compiled a 16-16-4 overall record in 2013-14 including 11-11-2-2 in the NCHC to finish in a fourth-place tie with Western Michigan.

The poll’s complete results are below.