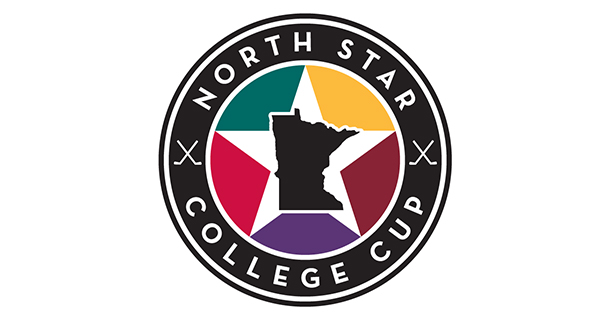 The North Star College Cup is slated for January 24-25, 2014 with Minnesota State and Minnesota Duluth opening up the event at 4 p.m. CT on Friday followed by Minnesota and St. Cloud State at 7 p.m. The four-game tournament will follow a true championship format with the consolation game set for Saturday at 4 p.m. followed by the championship contest at 7 p.m.  FOX Sports North will broadcast all four games of the inaugural North Star College Cup on its main channel.

Ticket packages are available now for $80 each and can be purchased at the Xcel Energy Center Box Office, Ticketmaster Ticket Centers, charged by phone at 800-745-3000 or purchased online at ticketmaster.com. Tournament packages include two tickets – one for each day of the tournament. Each day’s ticket will provide access to both games on that day. The arena will not be cleared between games each day and there are no ‘in and out’ privileges either day.

About the North Star College Cup

The North Star College Cup came to fruition on March 23, 2013 when Minnesota’s five Division I men’s hockey programs announced their intentions to maintain in-state rivalries despite a split in conference alignments. While all five programs previously competed in the Western Collegiate Hockey Association, 2013-14 marks the first season in which the Gophers compete in the Big Ten Conference while St. Cloud State and Minnesota Duluth have moved to the National Collegiate Hockey Conference. Minnesota State and Bemidji State continue to compete in the WCHA.

The changing landscape of college hockey provided the impetus for nonconference rivalries between the five programs, and the North Star College Cup ensures those rivalries will remain intact. The University of Minnesota will serve as the event’s permanent host with three of the other four institutions participating on a rotating basis over an initial four-year schedule.